What It Means To Work With The Gods

Different Pagans have different ideas about how to form and maintain relationships with the Gods.

Some worship Them with a reverence that approaches fear and with a deference that can only be described as obedience. Some tell each other “thou art God” – a phrase that entered Paganism through the Church of All Worlds, who got it from science fiction author Robert A. Heinlein. Others invoke and entreat Them like They’re vending machines – enter the right code and They’ll give you whatever you want. And of course, some Pagans actively avoid the Gods, either because they don’t trust Them or because they think They don’t exist.

Some (especially polytheists) find this phrase insufficiently reverent: “you don’t work with a God, you worship a God!” Others find it too deferential: “I do my own thing for my own reasons.” Still others struggle with the concept: “how can you work with a being who’s farther above you than you are above a cat?”

Regardless of how you feel about “working with” the Gods, I think it’s worthwhile to examine this phrase and its theological implications. 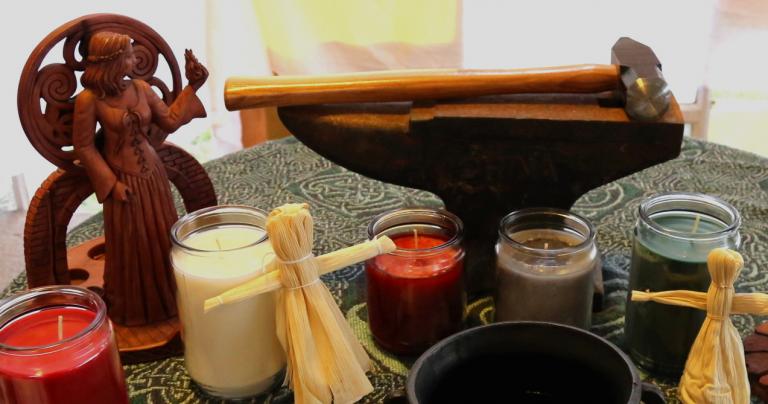 Many Pagans have an aversion to worship

Let’s start with the obvious – many Pagans don’t like the idea of worshipping anyone or anything. Most of this is a reaction to the errors and excesses of Christianity (or at least, certain forms of Christianity) which teaches that their God is great and pure and holy and humans are worthless sinful scum. And so they throw the baby of worship out with the dirty bathwater of toxic monotheism.

Then, when they begin to form relationships with deities and those relationships go well, they struggle to find an acceptable word to describe their prayers, meditations, and offerings. And so while most people would say they’re worshipping the deity in question, they say they’re working with Them. My experience with many deities is that if They get what They want, They don’t much care what you call it.

The Gods have been good to me. If you want to boil it all down to one line, that’s why I worship Them.

It would help if we understood that worship is not self-debasement. Rather, it’s declaring and celebrating what we find most worthy. Done right, worship honors the Gods and helps us become more God-like in the process.

But there’s more to working with the Gods than worshipping Them without using the w-word.

Doing Their work in this world

We work with the Gods when we do Their work in this world.

Sometimes this means embodying Their virtues and supporting Their values. I work with Cernunnos when I support preserving wild places and wild creatures. Sometimes it means telling Their stories and raising awareness about Them. I work with the Gods of Egypt when I help facilitate Egyptian Temple Rituals and show people who and what They are.

I often say I work “with and for” the Morrigan. I talk about my experiences with Her and I encourage people to respond to Her calls. But I also do things She tells me to do in Her mystical, God-phone, UPG way. “Give this message to this person.” “Do this ritual in this way.” “That person needs your help – go talk to them.”

Anyone can do the first things. You need only know the virtues and values of a deity to begin working with Them. But the second things require a deeper, more intimate relationship… and a willingness to do what They want done, even when it’s difficult.

Different persons working at different levels toward the same goals

I sometimes say I work with the Morrigan like I work with the President of the company where I’m employed. We’re both on the same team, we know each other, and we speak if we run into each other in the halls. But we do very different work at very different levels. I’m not invited to his staff meetings (thankfully!) or strategy sessions. He doesn’t tell me how to do my job. He sets the high-level goals – my job is to find ways to achieve them, within the scope of my skills and responsibilities.

This is not to compare corporate executives to Gods… although some of them think they’re Gods. The point is that different persons in different stations and situations often work on the same projects and toward the same goals. I’m old enough to remember WWII veterans saying “I served with Eisenhower” or “I fought with Patton.”

A draft horse is working with a farmer when the horse pulls a plow through the fields. The horse may not fully understand the concept of farming, but as anyone who’s ever been around them will tell you, horses have minds and wills of their own. If they really don’t want to do something they’re not going to do it.

But while people often say that farmers work with the soil, you can’t in any meaningful sense say that the microorganisms in the soil are working with the farmer. Even if bacteria are persons in an animistic sense and even if they possess a certain autonomy (and I would argue they do), they have no awareness of the farmer, much less of farming. They’re simply doing what they do.

The theological implications of working with

The fact that we can work with the Gods tells us something about the Gods: They are not so far above us that our only option is submission, as conservative monotheists claim for their God. We may not be able to fully understand Them, but we can relate to Them and form relationships with Them.

Some argue it would be better to say we serve the Gods instead of saying we work with Them. Certainly what I and many other polytheists do is service, and I sometimes describe it as such. But I do not serve or even worship the Gods simply because They’re Gods. I serve and worship Them because They are worthy of that service and worship. And they are worthy of this because of what They do, not because of what They are.

My service and worship also comes from a sense of reciprocity. As I said in the earlier quote, They’ve been good to me.

But when I say I work with the Gods, that implies a free choice. I work with Cernunnos, Danu, the Morrigan, and others because I agree with what They’re doing (to the extent I can understand it) and I freely choose to support Their work with my own work.

Am I Their equal? No. I’m not a God, and while apotheosis is a real thing, I cannot reach it in this life. But I am a person with my own sovereignty and agency.

Besides, who would you rather have working for and with you? Slaves, whose labor is forced? Servants, whose labor is coerced? Or free people who support your values and your projects because they believe in them? 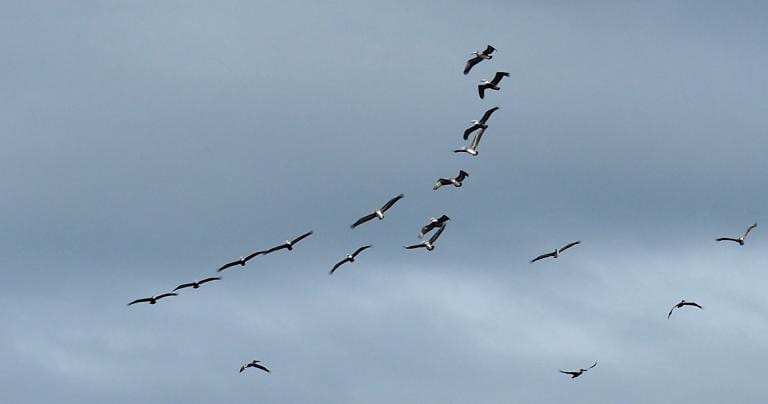 Working with the Gods is a commitment

Signing on to work with a deity is usually a free choice, though occasionally it’s not. Conditions, length of service, and other terms can be negotiated – again, usually. I’ve told Gods “no” in the past and it worked out fine, though in one case it helped to have assistance from Someone to whom I was already promised.

But once you say “yes” changing your mind can be difficult. Or more likely, impossible.

Why We Make Oaths made last year’s 4 Best Posts You Didn’t Read list. Apparently keeping your commitments isn’t a popular choice. But possessing inherent sovereignty and agency does not mean we are free to break our word.

Do not promise what you will not do, or what you cannot do.

Many Gods, many ways

Any discussion of “the Gods” is necessarily general and incomplete. The Gods are many, not one. They each have Their own sovereignty and agency, which They exercise as They see fit. Further, from my observations, They approach different people in different ways. If your Gods have told you to worship and serve Them and to never question what They tell you, I suggest you do it. They have Their reasons, which are almost certainly good reasons even if you or I can’t understand them. If They seem satisfied for you to work with them, that’s also good.

As for me, I worship the Gods.

And I serve the Gods.

And I work with the Gods. 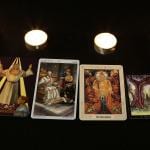 February 5, 2019
The Hierophant: There’s the Easy Way or the Hard Way
Next Post 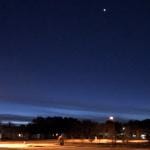