Priesthood as Service to the Gods

Many years ago a Methodist minister – who was a very good minister – told me “I serve God by serving people.”

That’s the expectation most people – whether Christian or Pagan or something else – have for clergy. I’ve had devout polytheists tell me “you can’t be a priest if you don’t serve a community.” I’ve had others tell me that if a clergy training program doesn’t include classes in pastoral counseling and community activism it’s worthless.

When people ask me to define priesthood, I have a three-part answer. Priests serve their Gods, mediate for their Gods, and serve their communities. It is up to each priest and the God or Gods they serve to determine the proper mix of those three elements. For many, community service is top priority.

But for some, their first – and in a few cases, their only – priority is service to the Gods Themselves. 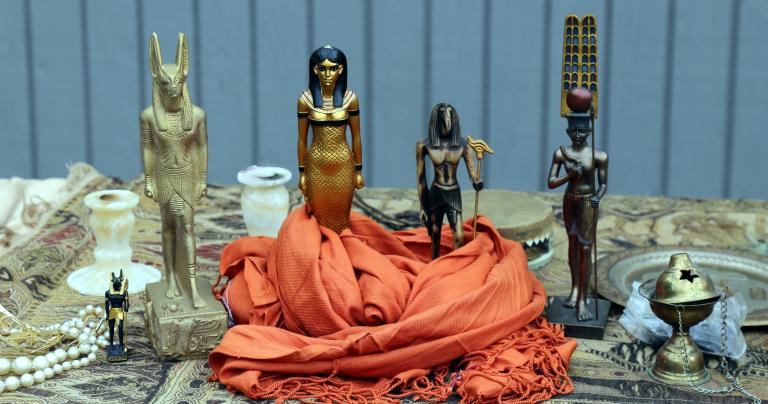 Recently Morgan Daimler had a three-part series titled “Priesthood in Service to the Other” where they talk about how their priesthood is only about service to the Good Neighbors. It’s about taking care of their needs, wants, and demands, not about serving humans.

They’re all worth your time to read, and if you consider yourself a priest or are considering becoming a priest I strongly urge you to do so. Here’s a key quote from Part 1:

From my own perspective, admittedly as someone raised a bit feral and without structured religion, it has often seemed to me that Pagan priesthood today is heavily modeled after Christian clergy. There is an ingrained idea that a single person can or does serve all roles – ritualist, teacher, counselor, mediator between humans and spirits, magician, organizer. I don’t often see the idea of Pagan priesthood specializing, or the acknowledgement that a single person may not be equipped to handle all aspects of such service. There’s also a pervasive sense that the clergy person may be serving the Gods or spirits but is primarily serving the human community and in place to aid that human community and to help it grow and flourish in its spirituality.

I am not part of that kind of priesthood, although clergy I certainly am.

This rings true. Much of my priesthood is about serving a wider community of which the Gods are a part. But there are elements that are solely about serving Them in ways that have no clear benefit to me or any other living human.

Ancient Pagan priests were not pastors

The temples of ancient Greece, Rome, Egypt, and other places were not churches. They were not gathering places for the faithful – they were homes for the Gods. In many cases ordinary people weren’t even allowed inside the temples. The temple priests performed the rites necessary to maintain good relations between the Gods and the people, but that focused primarily on the needs of the Gods, not the needs of the people.

You did not go to a temple priest to get married or for counseling about how to recover from abusive parents. The idea of priests as counselors is largely a Christian thing. We expect our priests to do all the things we see Catholic priests and Protestant ministers doing, without ever asking if that’s the right model for Pagan priesthood or not.

Much of our expectation of “priests as religious generalists” that Morgan Daimler complains about is out of necessity – we don’t have enough trained priests to do a lot of specialization.

But that doesn’t change the fact the some priests are called to specialize, and some of them are specifically required to serve the Gods and only the Gods.

One of the primary ways priests serve the Gods is by making offerings to Them, and many of those offerings are food and drink. What does a God need with wine? What possible benefit could a deity gain from a human crumbling bread on the ground, or from setting the bread in front of an image of the deity before eating it themselves?

I do not know. Neoplatonists argue that the Gods are perfect and therefore need nothing. I’m not sure I agree with that, but even if it’s true, it is also true that the Gods have always demanded offerings and sacrifices.

Making weekly offerings to certain deities is a regular part of my practice, and has been for several years. Mostly that means libations of wine or whiskey. A few months ago I started thinking that I should change the practice and focus more on meditation and communion, and on less tangible offerings.

The response from Themselves (both individually and collectively) was a loud and clear “NO!” I am to continue weekly offerings for the rest of this life. There was no reason given – transparency is not one of Their virtues.

I do not mindlessly follow the orders of anyone, including the Gods. If They tell me to do something I find unethical I will refuse. So far They haven’t – I don’t expect They ever will. But feeding the Gods has a long tradition in polytheist religions and if one or more of Them want me to do it, I will. And I do.

Promoting Their virtues and values

Certainly human society benefits when we increase the quantity and quality of divine virtue in the world. But this is the opposite side of the Methodist minister I mentioned at the beginning. We serve people – and non-human persons – by serving the Gods.

I tend to be rather pragmatic – if you do the right things, I don’t much care why you do them. But for those of us called to serve the Gods as priests, the difference matters. We serve the Gods by promoting Their virtues and values – the benefit to human society is secondary. 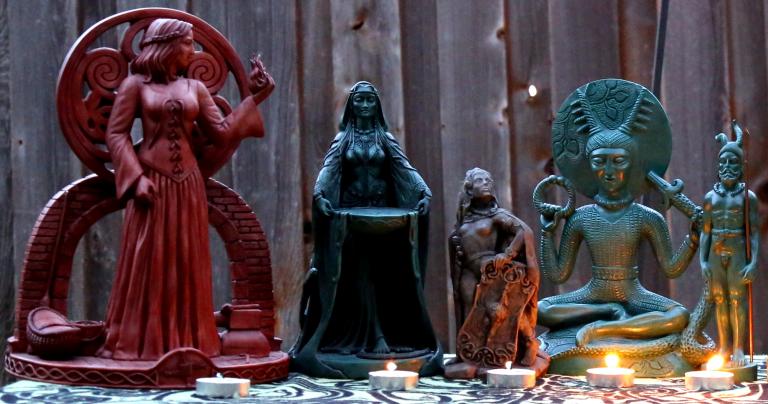 Moving away from a human-centric worldview

If there is a practical, easily-comprehended reason behind the Gods’ requirement that we serve Them directly, it is this: putting service to the Gods first reminds us that humans and human society are not the primary concern of the universe.

There is already a religion that places humans at the center of the universe: humanism. Now, humanism can be a fine ethical religion or religious approach. When you consider all the evil that’s been done in the name of the Christian God (who is usually presumed to be the only God by those doing the bad things), humanism looks rather attractive.

But putting humans at the center of the universe requires a materialist worldview – the idea that there is nothing but matter and its interactions. Those of us grounded in paganism.html" class=" decorated-link" target="_blank">animism – the idea that everything is not a thing but a person – understand that humans have inherent dignity and worth, but so does every other species, natural feature, and forces of nature. Our big brains and opposable thumbs give us great power, but no greater worth.*

That’s hard to accept, particularly for those of us who grew up in a religion that taught humans alone are made in the image of the Divine. But when we place service to the Gods ahead of service to people, we remind ourselves and others that there are there are things (persons) that are at least as worthy of our consideration as ourselves.

Given the destructive arrogance with which we have used our great power (resulting in climate change and the extinction of multiple species), I’d say that’s pretty important.

Priesthood as service to the Gods

We are still trying to figure out what priesthood needs to look like in our contemporary Pagan and polytheist religions. And there is an overwhelming tendency to look at our Christian neighbors and say “we need all that too.” We forget that different religions have different needs and different functions to perform.

While we do need “ritualists, teachers, counselors, mediators between humans and spirits, magicians, and organizers” it is unreasonable to expect any one person to be an expert in all those functions. Some of us manage to be adequate in most of them, but the sooner we can begin supporting specialists, the better.

Serving both my local community and the wider Pagan movement is part of my priesthood. Mediating for the Gods – which includes presenting Them to the community as well as occasionally relaying individual messages for Them – is another important part.

But I am also called to the third element of priesthood: service to directly to the Gods, in the ways that They request/demand, for reasons that are known only to Them, and that often have no obvious value in this world. 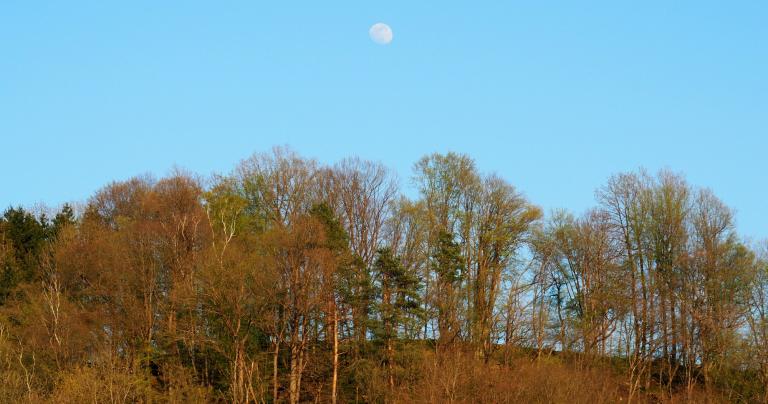 * To (hopefully) avoid any unnecessary arguments: it is not true and I am not saying that humanists do not care about non-human species and forces of nature. Many of them do, some very deeply. But humanism is by definition human-centered, even if it’s not exclusively concerned with humans. 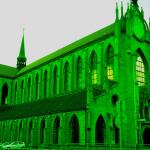 May 16, 2019
Dealing With Catholic Envy in the Pagan World
Next Post 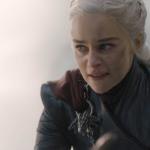 May 20, 2019 Game of Thrones: Did You Really Expect a Happy Ending?
Recent Comments
0 | Leave a Comment
"Yes, the "who is considered a Witch" question can lead to some real heated debates. ..."
Amanda Ingalls Who is Really a Witch?
"I LOVE watching anything related to space. I read "Adventures in the Solar System" when ..."
Amanda Ingalls Paganism in Space – Beyond “Earth-Centered”
"I got into a fairly heated discussion on this subject not with my family, but ..."
Amanda Ingalls Do the Gods Care About Everyone?
"I think Deities care more about some of us than others, or at least want ..."
Woods Wizard Do the Gods Care About Everyone?
Browse Our Archives
Related posts from John Beckett