Celebrating Summer Solstice in an Era of Climate Change

Summer Solstice is all about the sun – it says so in its name. “Solstice” is a combination of two Latin words, sol meaning sun and sistere meaning stopped or stationary. The Summer Solstice is the time when the sun stops its northward journey on the horizon. It appears to rise and set in the same spot for a few days, then it starts moving southward until Winter Solstice.

As with all the changings of the seasons, Midsummer is a liminal time when the currents of magic run faster. The Fair Folk are especially active at this time, which is no doubt one of the inspirations behind Shakespeare’s A Midsummer Night’s Dream.

This year, though, Summer Solstice doesn’t seem particularly bright and joyous. We look up at that big ball of burning hydrogen, we feel the temperatures getting hotter, and we realize our long-term future will likely be much, much hotter. 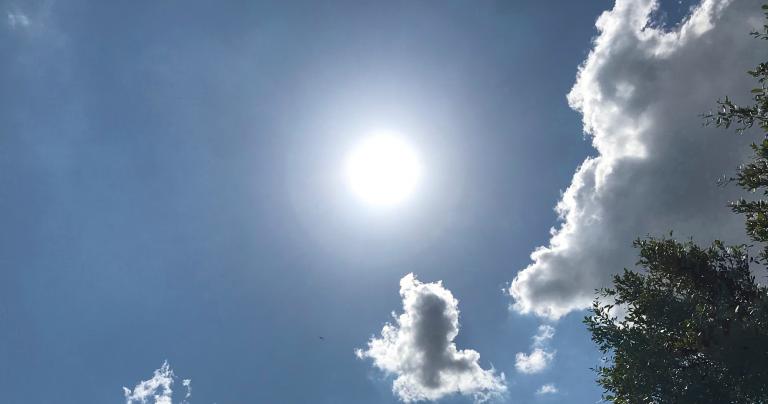 “Human civilization coming to an end”

A paper issued last month by the Breakthrough National Centre for Climate Restoration in Australia says that unless we take drastic action now to reduce the level of carbon dioxide in the atmosphere, by 2050 there is “a high likelihood of human civilisation coming to an end.”

The full report is here. USA Today summarizes it like this:

Within 30 years from today, ecosystems in coral reefs and the Amazon rainforest collapse, affecting fishing yields and rainfalls.

Rising ocean levels make some of the world’s most populous cities uninhabitable, including Mumbai, Jakarta, Canton, Hong Kong, Shanghai, Lagos, Bangkok and Manilla. Billions of people must be relocated.

This leads to fights over land, resources and water and potentially to war and occupations.

To prevent this, the report recommends:

a near-term, society-wide, emergency mobilisation of labour and resources, of a scale unprecedented in peacetime, to build a zero-emissions industrial system and draw down carbon to protect human civilisation.

Is that possible? Certainly.

Anybody want to lay bets on it happening? Me neither.

Hunter-gatherer priorities in an industrial world

Hominids – the taxonomic classification that includes humans and other apes (but not monkeys) – have existed for around 14 million years. Our species is perhaps 200,000 years old. On an evolutionary time scale, we are not very far removed from our hairier cousins. Perhaps more relevantly, we are virtually identical to the earliest homo sapiens sapiens. Our bodies and our brains evolved for a low-tech hunter-gatherer lifestyle.

Civilization – living in cities – is 10,000 years old at most, and industrial society is all of 300 years old. That’s not nearly long enough for biological evolution to create adaptations favorable for living in the modern world. Our powerful brains and capacity for language allow us to adapt by intent rather by chance, but those 14-million-year-old urges and impulses are very, very strong.

In particular, our priorities tend to be personal, local, and very short term. We have a hard time saying no to more food than we need, because our bodies are adapted to eating whatever we can whenever we can because we don’t know when we’ll find food again.

Now try convincing a working majority of people they should sacrifice today to prevent a catastrophe 30 years in the future that we can’t be absolutely sure will happen and will probably affect other people more than it will affect us.

It’s not just a case of presenting convincing evidence. It’s also a case of trying to overcome 14 million years of hominid evolution that says the priorities are me, here, today. 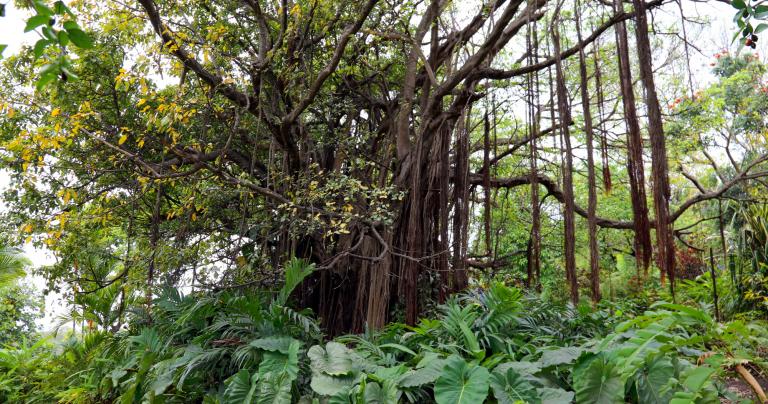 Those with wealth cling to what made them wealthy

But those with wealth have a strong tendency to support the systems and structures that made them wealthy. And our petroleum-dependent, carbon-intensive, marketing-driven consumer culture has made a lot of people obscenely wealthy… and millions more relatively wealthy by historical standards. That includes me, and likely you, and the vast majority of people who vote in Western democracies.

In 1934 Upton Sinclair said “It is difficult to get a man to understand something when his salary depends upon his not understanding it.”

Some people do understand it. Several of the Democratic candidates for President have laid out plans to do the kinds of things called for in this report. But first they have to get elected, and they’ll need a majority in both houses of Congress (probably supermajorities), and there would need to be similar efforts in other countries.

Meanwhile a number of superwealthy people are spending their time and money trying to figure out how to escape what’s coming.

I’d like to tell you things won’t get that bad. Maybe they won’t.

And maybe they’ll be worse. 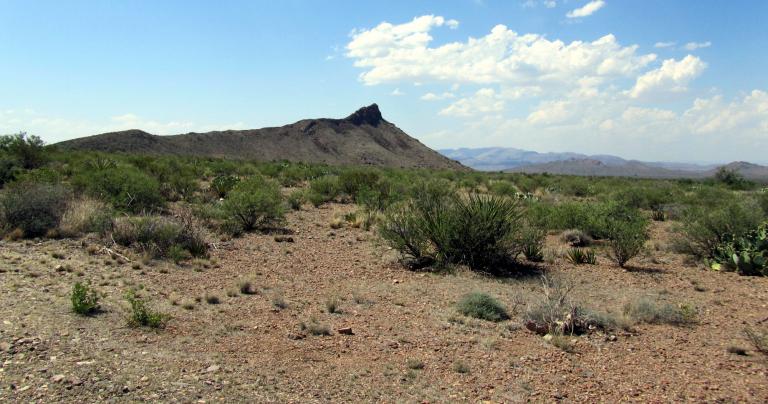 We can vote and we can advocate for helpful policies (and we should) but in the absence of massive structural and institutional changes, even drastic changes by individuals are unlikely to have a significant impact on the situation. And I have little hope we will implement the massive changes we need. Individually many of us are intelligent, compassionate, and wise. Collectively, we are less-hairy apes, unwilling to sacrifice today to prevent a catastrophe tomorrow.

Some are already calling for palliative care for climate change, “one which aims small, which focuses on comforting my immediate world, my school, my street, the ravine behind my house.” I’m not ready to go there, but palliative care is better than despair.

A better approach is one that focuses on saving something small, rather than simply comforting it as it dies. A Jewish saying made famous to the rest of us by Schindler’s List says “Whoever saves one life saves the entire world.” Save one species, one garden, one person. Save one story.

And whatever you do, save yourself.

Climate change is real and it’s serious and I’m not interested in debating the science, because the scientific evidence is overwhelming. Still, I think the headline is inaccurate. Even if the worst-case projections come true, civilization will continue in the North (I wonder if Canada will build a wall?) and in other places where there’s enough water to grow food.

Today, 33 million people live in Saudi Arabia, where highs sometimes reach 125°F – and people have lived there for thousands of years. Humans can adapt – we aren’t going extinct any time soon.

When I look up at the Summer Solstice sun, I remember that I’m looking at the same sun that shined down on my ancestors: people who survived wars, plagues, and famine; an ice age and floods. They even managed to survive corrupt and incompetent leaders.

What they did in the past, we can do in the future. Humans are very resilient creatures. 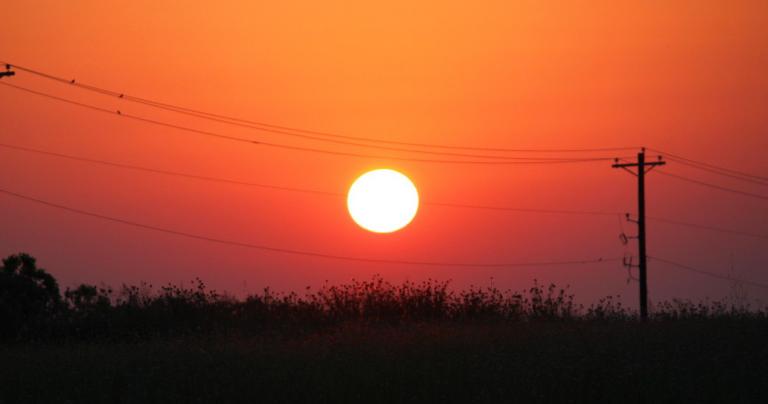 These would be challenging times even without climate change and without incompetent and irresponsible political leaders. That we have both makes a difficult situation even worse.

If we did not feel for those who will be most affected by climate change we would not be truly human. At the same time, if we obsess over the worst-case projections, we will sink into despair and we won’t be able to save ourselves, much less one more, much less many more.

And I see too many people approaching despair.

Put your own oxygen mask on first.

We have a holy day coming up. Midsummer isn’t sexy like Beltane or Samhain, but it’s still a holy day, the longest day, a day to honor the sun and the Gods of the Sun. And the Goddesses of the Sun – the sun is not considered  male in every tradition.

So greet the sun at sunrise, or at noon, or even at sunset. Gather with your fellow Pagans, and with your Pagan-friendly neighbors – the more difficult things get, the more you’re going to need each other. Light your fires, pour your offerings, and leave some cream or whiskey for the fairies – you’re going to want to be on the good side of all your neighbors.

It’s fun and easy to celebrate in the good times.

It’s necessary to celebrate in the hard times.

May your Summer Solstice be as bright as the noonday sun! 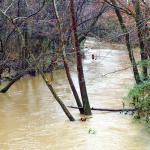 June 9, 2019
“The Storm” and “Tower Time” – Simple Names For A Complicated Situation
Next Post 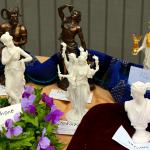