Who is Hecate? A Question of Process, Integrity, and Humility

I managed to stay out of the Hecate arguments for a week.

Did you miss it? If you’re interested in catching up, here are the relevant blog posts, beginning with the one that started it all.

Sorita D’Este (June 9):  Response to “That’s Not My Goddess-Hekate” by Pagan Voices on the Grape Vine.

Cyndi Brannen (June 9):  Not My Hekate: Reflections On Different Views

Christopher Penczak (June 10):  If You Meet Hecate on the Road…Kill Her?

I’m not a devotee of Hecate. I’m not even a casual follower. As such, I don’t feel qualified to weigh in on who and what Hecate is or isn’t. I’m not completely ignorant about Her, but other bloggers – especially Sorita D’Este – have said what needed to be said better than I could.

But as the conversation moved off the blogs and onto social media, I saw a lot of comments that bothered me. Jason Miller’s response came close to speaking my mind, but not quite. So I need to write.

I’m not going to tell you who Hecate is or what She wants from you, or from any of us. I am going to outline a process that has proved helpful to me when trying to figure out Who is talking to me and how I should respond. 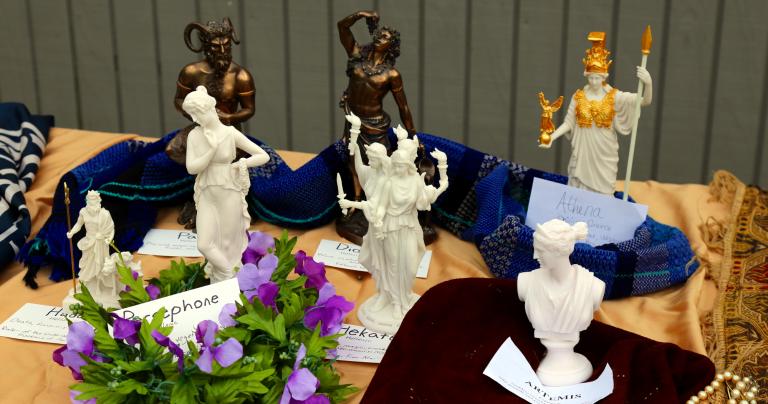 The Gods are individual, autonomous beings

That isn’t a statement of irrefutable fact, but it is a statement of polytheist worldview. It forms the foundation of my religious practice and my writing here. The Gods are many, not one. They are individuals, not aspects of one Great God and/or Goddess. They exist on Their own. While They frequently express Themselves through humans, They are not dependent on humans for Their existence and identity.

I cringe every time I hear someone insist “well, that’s who Hecate is for me!” The question we should be asking is not “who is Hecate (or any other deity) for me?” but rather “who is Hecate, and how can I best relate to Her?”

Pagan lore is the collective knowledge our ancestors had about the Gods that has survived to our times. It may not be the first place we begin our exploration of Hecate or some other deity, but it should be fairly high on our list of things to do.

Read the ancient stories of the Gods. Read the history that tells how and where They were worshipped. Learn about the people who followed Them. With Hecate, we know quite a bit. With others, like Cernunnos, we know next to nothing. Take advantage of what’s available – this is our common foundation for knowledge of the Gods.

The collection and preservation of lore is a human endeavor, and like all human endeavors it is subject to error. I shouldn’t have to remind Pagans not to become “lore literalists” and “lore fundamentalists” but at least occasionally I do. Also, scholarship is never perfect and almost always reflects the worldview and biases of the culture that produces it. In general, older primary sources and newer analyses are better, but not always.

Lore is where we begin on our journeys to get to know the Gods. 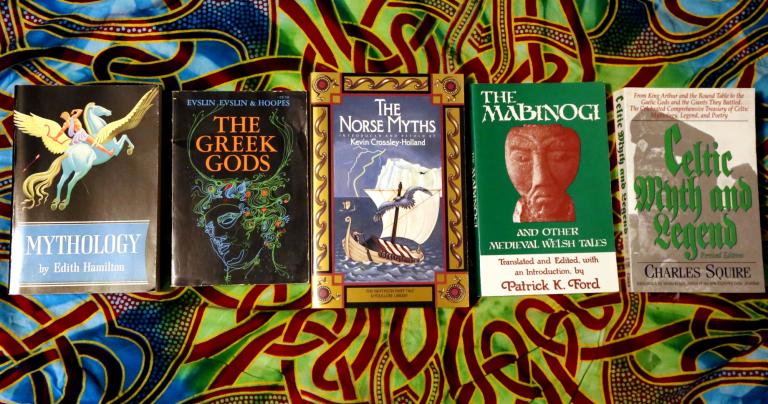 The essence of a deity remains constant

Polytheists wiser than me insist the Gods never change. As I see it, the Gods are living beings, and all living beings change over time. But I think we agree that while Their actions differ in response to changing times and changing cultures, the essence of who and what They are does not change.

A while back Morgan Daimler wrote Dressing Old Gods in a New World, which talks about how we tend to picture deities in archaic clothing. Morgan said:

What I think we forget is that the images we base our ideas of the Gods off of were not archaic when they were made. As far as I have been able to tell through my own research, the images of deities in ancient art largely feature depictions of contemporary fashion.

How do I picture Macha? Well I certainly can see her as a 1st century Irish warrior queen, but I can also see her as thoroughly modern, clad in dark jeans and a leather jacket, driving around in a dark red Ford Mustang.

I’m the same person whether I’m wearing a business suit or a Druid robe. Even when the deities appear to us in different guises, and even when They interact with the modern world, They are still the same divine beings They were 2500 years ago.

One of the central themes running through this blog – and especially in my first book The Path of Paganism – is that your experiences are undeniably real. You see what you see, hear what you hear, and feel what you feel. Never let anyone tell you “it’s all in your head” or “you’re making it up” when you know it’s more than that.

The difficulty comes when we begin to interpret our experiences – when we try to figure out what’s behind them and what they mean. I wrote a whole post on discernment last year – if you missed it, or if you don’t remember it, I suggest you read the whole thing. Here’s a key paragraph:

The first is projection. Someone wants something to be true or thinks it should be true, so they project those desires onto their experience and try to make it out to be something that doesn’t really fit what happened.

The second is misidentification. I’ve seen people insist they were talking to the Morrigan, but the being they described bore little resemblance to how the Great Queen was understood either in ancient times or by contemporary devotees. I don’t know why the Gods don’t make it perfectly clear who They are, but They rarely do.

An experiences of a deity is sacred. Give your interpretation the time and effort you need to get it right. 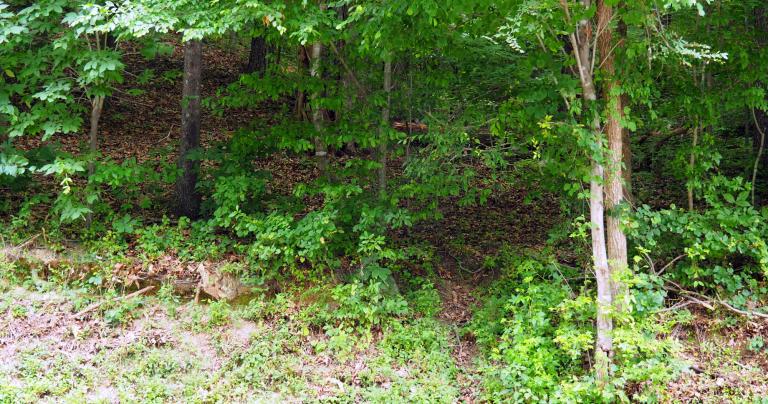 The information we receive during our direct experiences of the Gods is the textbook example of UPG. It is gnosis – knowledge – therefore it is meaningful and valuable. It is personal – it comes through one person, and is necessarily filtered through them. And it is unverified – there is no way to independently confirm that what we learn is true.

It is a tremendous challenge to order our lives based on what a God tell us directly, and at the same time remain humble enough to understand others are unlikely to accept what we report as truth. Yet that is the fine line we must walk.

I can’t think of a single instance where a God chose one and only one person to be Their evangelist. If They want something known in the wider world, it comes through multiple channels. You may be the first, but if it’s for general distribution, others will get the same message before too long.

So if what you hear is unusual or not in alignment with lore, look for others getting the same message. If you don’t, consider that perhaps this particular gnosis is meant only for you.

I’ve seen some responses to this on-going argument that basically say “don’t you have anything better to do?” I get it – Paganism is heavy on practice and light on theology. What we do is more important than what we believe. And that’s true, but I think we’re too light on theology.

Our contemporary Pagan theology is mostly based in personal experience, but it’s more than that:

Theology is a never-ending project of a religious movement. One person thinks about the Gods and then writes about their thoughts. Other people read their theology and affirm some parts of it, while rebutting other parts. More importantly, they dive deeper into this area or that.

And our polytheist theology grows.

If the Gods are the mightiest of spirits and if They are holy powers – and I think They are – then how we understand Them (both individually and collectively) matters.

I have neither the need nor the desire – nor the time – to worry about the details of everyone’s theology. Or anyone’s theology. What you believe is your business – I’ll form my opinion of you based on what you do.

But if I see ideas and concepts published in Pagan spaces I think are inaccurate, wrong, or unhelpful, I’m going to challenge them. And so will others. This is how we have mature discussions about the concepts that support our Pagan religions. Not by attacking people we think are wrong, or by saying “everybody’s truth is true for them,” but by challenging suspect ideas, keeping the ones that hold up under pressure, and discarding the ones that don’t.

This is how we build deep, robust Pagan religions. 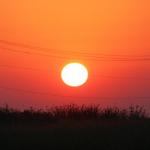 June 11, 2019
Celebrating Summer Solstice in an Era of Climate Change
Next Post 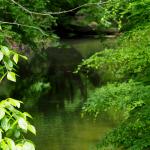 June 16, 2019 6 Roles For Solitary Practitioners in the Pagan Future
Recent Comments
0 | Leave a Comment
"My Texan Goth wife wants me to remind you that, while khakis and polos may ..."
MadGastronomer Happy World Goth Day
"That's... not all that weird for goths. No, really. People have gone there.What's weird in ..."
MadGastronomer Happy World Goth Day
""Everyone has diverse ancestors ultimately linking us to everyone else on the planet. If one ..."
Laurie A Pagan Theology of the Dead
"I have a close friend who's an ex-Mormom, and she has truly found her niche ..."
Laurie A Pagan Theology of the Dead
Browse Our Archives
Related posts from John Beckett