DNA Tests are a Curiosity, Not a Guide to Choosing a Religion

DNA Tests are a Curiosity, Not a Guide to Choosing a Religion August 22, 2019 John Beckett

I’ve seen several recent posts, comments, and questions that go something like “I just got my DNA test results! I’m part Scandinavian – that means I should worship Norse Gods, right?”

Ancestry-related DNA testing is mostly a curiosity. Many people like me (Americans who aren’t part of the First Nations) have only a vague idea of where our ancestors are from. I think my family is fairly typical. We have genealogical records that show when and from where the first Beckett of our line came to this country. But that represents only 1/16th of my heritage. What about the other 15/16ths? DNA testing can help fill in the blanks.

There are some privacy concerns with giving your DNA to a for-profit company. The science behind ancestry testing is still developing, and has limitations. But even if the science was perfect, it would still be only a curiosity.

DNA is no grounds for choosing a religion.

Religion is transmitted by human interaction, not by genetics

A few years ago I interviewed a young woman for an opening at the company where I work. Her resume had a Chinese name. When I met her, I saw she had Chinese facial features. But when we started talking, what I heard was not a Chinese accent. Turns out her parents immigrated from China to Peru before she was born – she grew up speaking Spanish. I had to work to stay focused on the interview, not because her English was bad – it was fine – but because of the mismatch in my expectations.

Human children are born with the capacity to learn any language. They copy the sounds made by parents and other caregivers and gradually learn words and grammar in one language… or more, if they grow up in a bilingual or multilingual environment. It is not the child’s DNA that determines the language they will speak, but their interaction with other people.

(Last year we discussed the question of religious orientation and I think there’s something to that. But whatever that something is isn’t DNA, or I wouldn’t be the only Pagan polytheist in my family.)

Religion – which includes relationships with Gods and other spiritual beings – is transmitted by human interaction (and occasionally by divine revelation) not by DNA. So your DNA by itself says nothing about the Gods you should or shouldn’t worship.

The pull of our ancestors is mostly to them

But the main thing our ancestors want us to do is remember them.

Death changes our relationships with our loved ones, but it does not end them. Whatever we may believe about what happens after death, we can be sure of one thing: that which is remembered lives.

If your DNA is pulling you to any religious practice, let pull you to honor your ancestors – and that can be done from almost any religious perspective.

Your ancestors have been Christians for 30 generations

“But I want to follow the religion of my ancestors!”

If you’re of European descent, the religion of your ancestors has been Christianity for somewhere between 600 and 1600 years (though for some it was Judaism or Islam). Most of those Christians were Catholics. If you want to practice “the religion of my ancestors” go find a Mass to attend this Sunday.

Seriously, I know some Protestants who did genealogical research and decided to become Catholic.

To be clear: there is absolutely nothing wrong with wanting to follow the religion of one specific set of your ancestors. As a modern Druid who draws inspiration from Celtic ancestors (ancestors of both blood and of spirit), I understand this desire. It is a good and honorable desire.

But it’s got nothing to do with DNA. 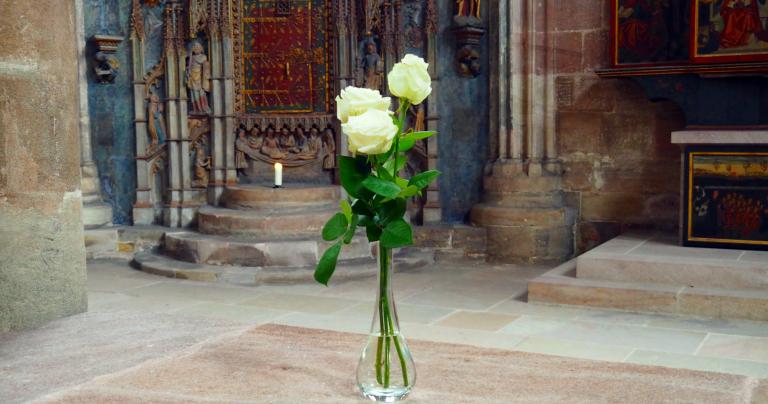 It’s good to know your roots…

“Where do I come from?” is one of the big questions of life that all religions attempt to answer. It’s a question that can be properly answered from many perspectives, but one of the most important answers is “from my ancestors.”

When we get to know our ancestors we start to learn more about ourselves. Even if we can’t find their names – much less their stories – knowing that some of them came here from Norway or Scotland or Greece lets us fill in a few of the blanks between the origins of humanity in East Africa and where we are today. It makes our own story a little more complete, and that’s a good and helpful thing.

…but the Gods call who They call

But when it comes to religion, the Gods call who They call. I wrote about this last month:

Gods have never been limited to one place or one people – They move, or at least, many of Them do. Some of Their stories speak of migrations and invasions. If a particular deity was helpful to a particular person, they would worship and honor Them, and many times carry that worship with them to a new land and the people living there.

You’ll notice my answer to the original question wasn’t a flat-out “no.” It’s entirely possible a God or Gods is using DNA test results to get your attention (though if They are, it’s for Their own reasons, not because of what the results say). Your best approach is to listen: sit in contemplative meditation and hear what you can hear.

It is always good to honor the Gods.

There are many reasons why I became a Pagan and a polytheist. At the top of the list are a love of Nature, a longing for magic, and an intuitive belief that the Divine is more than one angry old man in the sky.

When I first took steps toward Paganism I told myself “my ancestry is mostly from Britain and Ireland, not the Middle East – why should I follow a Middle Eastern religion?” I see now that was an excuse, not a good reason. I missed the points in this post, especially the first and third headers. Christianity may have begun as a Middle Eastern religion, but it’s been a European religion since 380 CE.

Cernunnos was with me from an early age, and then reappeared when I was ready to see Him for who and what He is. Danu came to me at a time when I needed Her, and has remained a steadying presence in my life ever since. I pursued the Morrigan because I had a very specific need I thought She could help with, then She claimed me for Hers.

Your experience may be like mine, or it may be very different. Not everyone is called to be a priest or a mystic. Some of us are simply called to live virtuous lives and honor the Gods. Much of this depends on what you want to do with your life – even those of us who are called to religious service have a choice to accept or not (well, most of us have a choice). 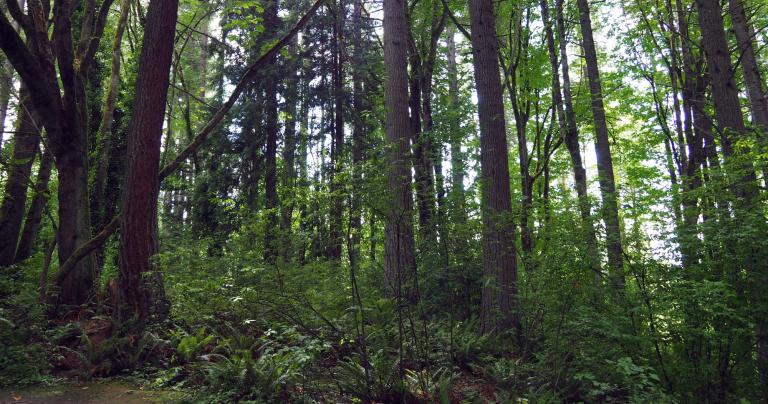 Someday this will be much simpler. Someday families and communities will have long-established relationships with specific deities. Children will grow up knowing who their Gods are, not because of their DNA, but because they will be introduced to Them at an early age.

For those who later realize their calling lies elsewhere, there will be temples and priests who can guide them through a process of discernment and help them begin to form a relationship with a new deity or group of deities.

For now, the question of “who is calling me?” or “who should I pursue?” remains complicated. It requires listening, reading, studying, and contemplation. Sometimes it requires a process of trial and error. That may seem disrespectful or even sacrilegious, but it’s actually a brave and honorable thing to approach a God in the hopes of beginning a relationship based on devotion and reciprocity. I’ve heard of deities saying “no” – or just not responding – but I’ve never heard of any deity from any tradition reacting negatively to someone who approached Them humbly and honestly.

I strongly emphasize the “humbly” part. If you approach any person – divine or otherwise – with an attitude of entitlement you are unlikely to be happy with the response you get.

If you need help, read. Ask questions of priests and dedicants. Pray and meditate. Make offerings.

And remember that while DNA test results can be interesting, they can’t tell you which God to worship. 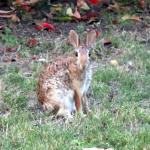 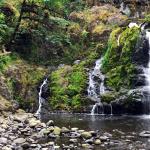 August 25, 2019 15 Tips For Starting Your Own Blog
Recent Comments
0 | Leave a Comment
Browse Our Archives
get the latest from
John Beckett
Sign up for our newsletter
POPULAR AT PATHEOS Pagan
1