Greta Thunberg: Just Because You Couldn’t Have Done It Doesn’t Mean She Can’t

I don’t write much about climate change, except to list it as one of the major contributors to the Long Descent and the decline of the American empire. The science behind it is solid and the leading indicators are obvious. People deny its reality because it doesn’t affect them today, and humans have evolved to satisfy our immediate needs and desires and not worry about a uncertain future. That doesn’t mean it’s not real, because it is.

I don’t write much about climate change because I have no confidence in the willingness of our governments to do anything to reverse or mitigate it. I’m convinced it’s going to happen and I prefer to use my time and what limited influence I have to lay the spiritual groundwork for what comes afterwards.

Before you start composing a sarcastic comment, understand this. Without massive collective action, avoiding the worst effects of climate change is impossible. A few people adopting a zero carbon lifestyle will accomplish nothing. We need a major overhaul of our socio-economic system. That can’t be done on a voluntary basis. It certainly can’t be done with those in charge clinging to the absurd notion of perpetual growth as the only viable economic model.

Some people are still trying to do something about it. I respect and admire them, even though I’ve chosen a different path. One of them in particular has grabbed everyone’s attention in recent weeks: Greta Thunberg.

When you speak out on a controversial subject, you’re going to get attacked. Particularly when you’re calling for major systemic changes, those with a vested interest in the status quo will use whatever argument they can to discredit you. Whether those attacks are true or not is beside the point.

I understand that. That’s how the game is played. But there’s one particular series of attacks that have me so angry I’m sitting at the keyboard writing a stream of consciousness essay, which I almost never do.

That’s the idea that Greta isn’t for real. She’s a child who’s being supported by rich politicians. She’s being manipulated by her parents. No 16 year old could possibly make such clear, articulate arguments on her own. She’s a pawn… and therefore whatever she’s arguing for is invalid.

Of course her parents are supporting her. They see their daughter is passionate about something – something important – and they’re supporting her quest. What would be wrong would be to send her off alone… or worse, to try to force her to conform and be a nice little girl like everyone else.

Of course she has rich people backing her – how else could she travel around the world? Why are they backing her? Because they can control her? Have you listened to Greta Thunberg? Does she sound like someone who can be controlled? They see someone who’s on the same side of a critical issue and so they support her.

It’s called charismatic leadership – the ability to get others to see what you see and to inspire them to follow you. Charisma isn’t just sweet seductive words – it’s also the force of will. Greta Thunberg has Will.

I’m not going to speak to the gender issues involved, though I have to believe that if Greta was a boy there would be a lot fewer personal attacks by the climate change deniers. Or at least, different personal attacks.

What I want to talk about – what has me so angry – are the dismissals based on age. And it comes down to this: just because you couldn’t have done that at 16 doesn’t mean she can’t.

I’ve never understood why so many adults forget what it was like to be a child. I remember everything, including a lot of things I’d rather forget. Perhaps the most frustrating memory of that time was the feeling of powerlessness, of being trapped in a system that put significant legal and economic restrictions on my life. I hated the childishness of other children… and of most adults. Joss Whedon got it right with Buffy: high school is hell. Getting out of all that was my number one goal.

I think most people look back on themselves and their friends at 16 and at some level they realize they were completely incapable of taking a leadership position in a major movement. They were too concerned about fashion and sports and dating and the latest gossip.

Some were simply trying to survive.

Even if they don’t recognize it, deep down they know they didn’t have the awareness to care about major world issues as a high school sophomore… and so they can’t imagine any 16 year old could.

Of course, most of them don’t have the awareness to care about major world issues now either. What will put more money in their bank accounts and what will protect them from “those people” is the sum of their concerns. 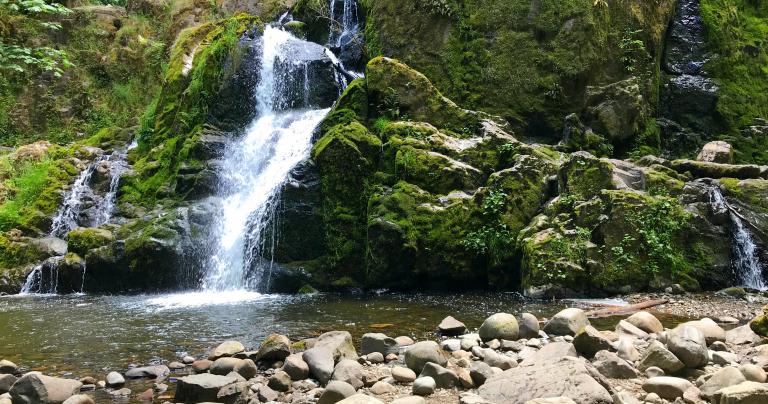 I wasn’t a typical teenager. I had a strong awareness of what was going on. But I couldn’t have been Greta either.

I didn’t have the focus to ignore all the things I thought I was supposed to be doing that were distractions from what I really wanted to do (I would be close to 40 before I was able to do that). I didn’t have the confidence to stand up to authority. If I had told my parents I wanted to strike from school to protest nuclear weapons, I would have been told “no” in dire terms, and I would not have had the courage to challenge them. Stare down the President of the United States? Tell world leaders “how dare you?!”

I could not have been Greta.

Why is this hard to understand? I couldn’t have been a high school football player – I wasn’t strong enough or fast enough. Plenty of other people were, though – my school had a pretty good team. Different people have different skills and abilities.

Joan of Arc led armies at 16. Mozart composed music at 5. George Washington was appointed county surveyor at 16. Malala Yousafzai won the Nobel Peace Prize at 17. The fact that our current society virtually demands an extended adolescence does not mean that young people can’t do great things. And Greta isn’t alone – other just-as-young people have been working to stop climate change for longer than she has. They just haven’t gotten as much publicity.

If you want to argue against Greta’s message, go ahead. The science is against you, but hey, you’re a middle class American – you’ll be OK. Those 600 million people who live within 30 feet of sea level? They’re somebody else’s problem.

But if you want to dismiss Greta Thunberg as a pawn, shut the hell up. Just because you couldn’t have done it doesn’t mean she can’t do it.

Because she’s doing it. 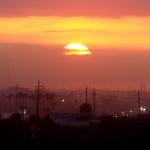 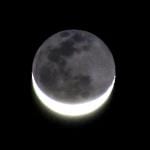