Bernie Sanders Is Gone But His Movement Remains

Last Wednesday Bernie Sanders ended his campaign for President of the United States. Many of his supporters are devastated – my first thought was to let grieving people grieve. I posted this on Facebook:

Condolences to my friends who are Bernie Sanders supporters. He did a great job of articulating important ideas, and in the process helped to reverse the rightward shift of the Overton Window in the Democratic Party and hopefully, in the nation.

After Joe Biden’s success in the South Carolina primary, the other centrist candidates dropped out – likely at the urging of Democratic Party leaders, who wanted to avoid the kind of fragmentation the Republicans experienced in 2016. Elizabeth Warren dropped out after Super Tuesday. That left Bernie and Biden, and Biden had all the momentum.

With campaigning at a standstill and voting becoming difficult due to the pandemic, the odds on Sanders being able to overtake Biden were very long. A protracted campaign would benefit only Donald Trump, so Sanders did the right thing.

“I cannot in good conscience continue to mount a campaign that cannot win and which would interfere with the important work required of all of us in this difficult hour. While this campaign is coming to an end, our movement is not.”

One of my consistent messages here over the last few years is that we put far too much hope in politicians, especially in Presidents. There is no question Bernie Sanders would have been a very unique President – and I would prefer him over Biden – but he still would have had to work with a politically polarized Congress, an executive branch full of career operatives (who I’m thankful for in the Trump presidency), and a citizenry that’s as divided as it’s been in the past 50 years.

Rather than planning for 2024 with either Bernie again or with Alexandria Ocasio-Cortez (it could happen – she turns 35 just before the 2024 election), my suggestion is to campaign now for the policies we want independently from candidates for political office. Then push all candidates to work to enact them.

Bernie’s first goal in 2016 wasn’t to beat Hillary. It was to give Hillary enough of a challenge that she’d be ready for Trump, but mainly it was to use the platform of a Presidential campaign to get people talking about Medicare For All and other progressive policies. Democrats have been sliding to the right ever since Bill Clinton’s “triangulation” – and really, since George McGovern’s landslide defeat in 1972.

Bernie helped shift the Overton Window back to the left in the Democratic Party, and in doing so he accomplished his goal.

Then at some point he started to think “hey, maybe I really can win this thing” and he went from being a sparring partner for Hillary to being a full-fledged opponent. Ultimately he didn’t win, for the same reason he didn’t win this year: he couldn’t get enough votes from the middle of the party, and the left wing isn’t big enough to win on its own.

In the 2008 Presidential campaign Barack Obama said “I believe that marriage is the union between a man and a woman.” But as President he signed the repeal of “don’t ask don’t tell” and by 2012 he said “I think same-sex couples should be able to get married.”

On the other side, in 1999 Donald Trump said “I am pro-choice in every respect.” Recently he claimed to be “the most pro-life American president ever.”

These are two examples – there are countless others. Politicians like to accuse each other of “flip flopping” and to pretend they themselves have never wavered from the “right” position since birth. But other than ideological fundamentalists, politicians are no different from the rest of us – they learn and grow in response to new information and new experiences.

And they can tell which way the wind is blowing.

The more people advocate for policies, the more likely politicians are to come on board. Facebook and Twitter comments do more than nothing, but not much more. Letters to government officials help, if there are enough of them. Contributions of money and time to issue-oriented political action committees do much more.

There is a Medicare For All political action committee. It’s new and it’s the creation of one Congresswoman from Washington, but it’s a start.

Bernie’s proposals are still on the table

People aren’t going to stop talking about Medicare For All just because Bernie Sanders is no longer in the race. The Green New Deal still has proponents. I’m still hearing plenty about free college and cancelation of student debt from ordinary people.

All of Bernie’s ideas are still on the table. All of them have people who will advocate for them. And Bernie is still a Senator – he’ll be doing that too.

Joe Biden will be a very different President than Bernie Sanders would have been. But Biden can be moved leftward during the campaign, and after the election he can be held accountable by Sanders and Warren – and by us.

Take a lesson from Bernie himself

Bernie couldn’t get everything he wanted, so he used his influence to get some of what he wanted. Politics is the art of the possible

Learn from your enemies

That started a grassroots effort by conservatives to dominate politics at the local level, which allowed them to move state policies rightward and to gerrymander elections (to be fair, both parties engage in gerrymandering, but it’s reached ridiculous levels under Republicans). It took 16 years to begin to pay off at the national level, but once it did it’s had remarkable staying power.

I know many people feel we can’t wait 16 years for things like the Green New Deal. Perhaps it won’t take that long. But trying to build a progressive coalition from the top down isn’t working – let’s try to build it from the bottom up.

I voted for Bernie Sanders in the 2016 primary. After he dropped out, I said that Hillary needed to reach out to Bernie supporters and win them over. A Hillary supporter told me to sit down, shut up, and get in line. That didn’t go over very well.

A week after the end of Bernie’s 2020 campaign, some of his supporters are still hurting. I feel for you. I wanted Elizabeth Warren, and Bernie is a lot closer to Warren than Biden is. This isn’t the time to try to convince anyone to vote for the guy who was dead last in my ranking of over 20 Democratic candidates.

Instead, I’m going to encourage everyone who wanted Bernie Sanders to be President to keep working for Bernie’s ideas. Push them in your conversations, push them to your Congress people and Senators, push them to your state and local representatives. Join with others who are doing the same.

Issue-driven movements won the right to vote for women and civil rights for African-Americans. Social change convinced the Supreme Court to recognize the right of same sex couples to marry.

Together we can establish a right to health care, a right to higher education, and other progressive policies we see around the world but not here in the United States. 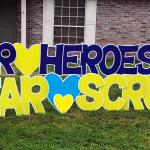 April 14, 2020
If You Would Honor Your Heroes, Listen To Them
Next Post 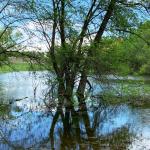 April 19, 2020 6 Pagan Roles To Fill During The Quarantine… And Afterward
Recent Comments
0 | Leave a Comment
"I view the people who refuse to get vaccinated "just because" (as opposed to legitimate ..."
Brent Dannells Vaccines and Seat Belts: Playing the ..."
"Regarding the hazards - developing relationships with cowalkers/guides is highly recommended"
Amergin Ó Kai Paying Attention to Changes Between the ..."
"Nothing bothers me more than the friend who says they respect my choice in religion ..."
GaryK To Those Proselytizing Out Of Love: ..."
"I just got my first dose on the 6th, I took whatever one the state ..."
Nichole Cardillo Vaccines and Seat Belts: Playing the ..."
Browse Our Archives
get the latest from
John Beckett
Sign up for our newsletter
POPULAR AT PATHEOS Pagan
1