What does the Coronavirus have to do with The Storm?

I can’t count how many times someone has asked me – usually in a private message – “is the Coronavirus part of The Storm?” or “is COVID-19 part of Tower Time?”

My answer has been the same from the beginning. This virus is an ordinary part of the natural world. Plagues and epidemics have always been a part of life and our modern world is no exception. We do ourselves no favors when we act like the fundamentalists who blame hurricanes on gay people getting married.

And also, many persons with whom we share this world see the pandemic and they’re trying to figure out how to use it to their advantage. Some of these persons are human and some are not.

So even though the Coronavirus wasn’t purposely created by Gods or spirits – or by malevolent humans – it’s now part of the wider metaphysical shift we’re calling The Storm or Tower Time. It’s one of the lightning bolts hitting the tower and helping to bring it down, because The Tower was poorly built on a weak foundation.

I still think that’s a good response to these questions. It re-emphasizes the basic animist truth that life isn’t all about humans and what happens to us. It subtly reminds us that this situation is complicated and that simple answers – whether medical, political, or spiritual – are almost certainly wrong.

But I’m starting to think it may be too narrow an answer.

Last week Ember Miller turned up this post of mine from two years ago titled What Shall We Die For? The title was borrowed from Pirates of the Caribbean: At World’s End and Elizabeth Swann’s speech to her fellow pirates, exhorting them to stop fighting amongst themselves and do something. Because if the wind is on our side, we might not die.

If our collection of spirit workers, God-bothereds, and other mystics are in agreement that bad things will continue to happen at an increasing rate, we might want to rethink our priorities. Let’s spend less time arguing with our fellow Pagans and more time building the practices and institutions we need to successfully navigate this strange new world.

You don’t need me to tell you that bad things have continued to happen at an increasing rate. The pandemic is only the biggest and most widespread.

Ember reposted her own commentary from April 2018:

“The world as you know it is burning. Not in your personal lives per se, but in the country… globally. Everything you’ve grown up knowing, structures you’ve lived by, comforts and privileges are all burning away. Next year shit is going to get real so buckle up and grab your safety buddy.”

That was the omen I received from the Shining Ones during our Yule ritual. I had pulled the 10 of Fire which depicts a raging forest/wildfire. Between John’s latest blog post and the one preceding it (The Storm is Strengthening), it appears many folks are getting the same message.

The more spiritually-sensitive among us have been hearing warnings of a metaphysical storm with this-world implications since 2011. I marked its arrival in 2016. It’s only gotten stronger since. 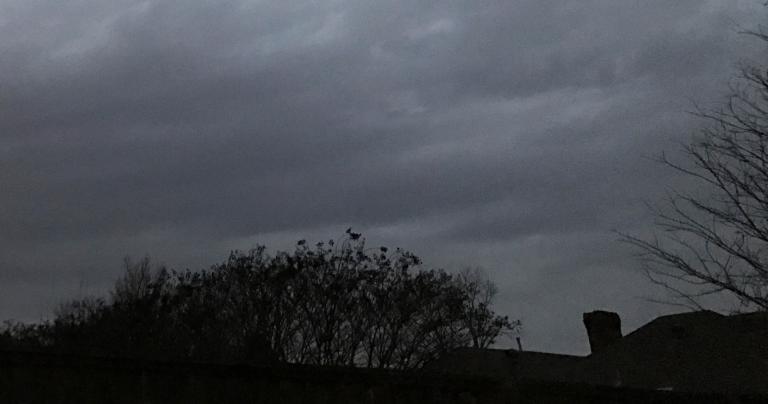 Intuition and divination are useful even though they’re limited

I know a lot of psychics, mystics, Tarot readers, astrologers, and other prescient folks, but I don’t know anyone – myself included – who had “worldwide pandemic in early 2020” on their list. Skeptics use that lack of specificity to reject divination and prophecy out of hand. We hear their dismissals and we unconsciously discount our intuition and other foreknowledge.

I find it far more useful to accept what I get for what it is than to dismiss it all because it doesn’t lay out everything that’s going to happen like the printed Order of Service at a UU church. The Tower Time messages I’ve received have motivated me to strengthen my relationships in this world and in the Otherworld, to build a robust spiritual practice, to take care of me and mine, and to do my best to focus my attention on bigger things.

The lack of a precise warning didn’t prevent me from preparing. It motivated me to prepare in a way that was suitable for many different challenges, not just the one we got.

To be clear: enjoying life as you live it is a good and necessary thing. But so is planning and building for tomorrow and next year and the next decade. Not one or the other. Both. And you can plan and build for tomorrow even if you don’t know exactly what’s coming your way.

Our Gods have been warning us something was coming

And what about our Gods? If we had knowledge that something bad was coming, surely They knew more – right?

I do not believe the Many Gods are omniscient, or omni-anything else. But whatever we are, whatever we can do, They are more. I believe in free will as opposed to fate (we make our own fate, at least in part). I don’t believe the Gods can see the future, because the future isn’t fixed for Them to see. Rather, because of Their greater knowledge and wisdom, They can predict where a certain set of circumstances and actions will lead with far greater accuracy than we can.

Did Cernunnos or the Morrigan or Apollo know a pandemic was coming, or strongly suspect it? I don’t know. But enough of us heard enough warnings I’m convinced They knew something was coming.

What do we do about it?

There are four key elements to successfully getting though the pandemic and the wider Storm.

1. Survive. Do your best to avoid the Coronavirus, and to avoid spreading it. Do what you have to do to get the supplies you need. Cut yourself some slack, but know your limits and stay on the healthy side of them. The pandemic will last longer than any of us would prefer, but it won’t last forever. Your first goal is to get through this with as little damage as possible.

2. Remain flexible. The world will not go back to the way things were in 2019. Neither will we take some massive jump into a socialist utopia. I don’t know what things are going to look like in six months or two years and I don’t trust anyone who says they do. We need to be able to respond to whatever comes our way.

3. Adapt. For me, right now adapting means working from home and dealing with the inability to plan. I keep telling people to live week to week, but I’m mainly saying that so I’ll hear it myself. I couldn’t celebrate Beltane with my local Pagan friends, so I led an on-line ritual instead.

I’m seeing some people who, because their usual routine has been disrupted, are doing nothing, or very nearly so. I don’t know their capacities – I’m not going to judge. But I am going to point out that adjusting to changing circumstances makes those circumstances far easier to deal with.

The one constant desire throughout my life has been to learn and grow. The subject has changed several times over the years. I’ve devoted the past almost-twenty years to learning about Gods and spirits, about magic and the Otherworld, and about how I relate to all of them. That’s why I write and teach – and why I read and practice and study so I can do a better job of writing and teaching.

For you it may be something else. That’s one of the reasons I’m a Pagan – we have the freedom to choose our own purpose… though most times that’s a matter of discovery rather than selection.

I’m going to get through the pandemic, and I’m going to navigate Tower Time successfully, because there’s a higher purpose that tells me I can’t give up.

And I don’t want to give up. 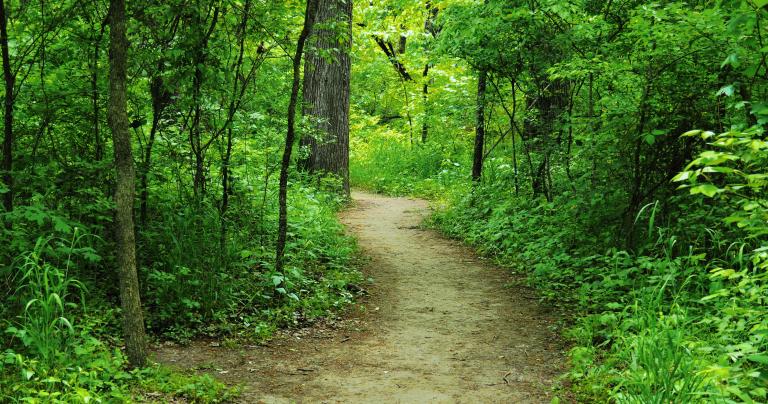 So, what does the Coronavirus have to do with The Storm?

The pandemic wasn’t caused by The Storm, but now it’s part of The Storm.

It wasn’t caused by Gods or spirits, but Gods and spirits are responding to it and are trying to shape the outcome in their favor.

We were warned it was coming, but the warnings were vague and imprecise. There is still much we do not know about the Coronavirus scientifically and medically, much less spiritually. As always, the wisest course is to do the best we can with the information we have, then adjust course as we learn more.

We will get through this. When we do, things will be different on the other side. Whether “different” means “better” depends largely on what we do now and in the coming days. 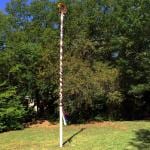 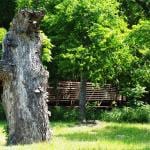 May 5, 2020 Beginning Spiritual Practices and Studies
Recent Comments
0 | Leave a Comment
"I used to have an online acquaintance who didn't believe in god(s) because, they claimed ..."
MadGastronomer 9 Ways to Facilitate Spiritual Experiences ..."
"I finally have time to watch it and started yesterday. It has a Riverdale/Sabrina vibe, ..."
Nekoshema Wednesday
"Yes!!! So glad I am not the only one that thinks this!! LOVED this show, ..."
Erin McGuire Wednesday
"Thank you for this. I did not know about "Wednesday" and reactivated my Netflix account ..."
OrderInTheQuartz Wednesday
Browse Our Archives
Related posts from John Beckett