On my recent trip to West Texas I heard something I hadn’t heard in many years.

No radios or televisions. No cars on the road. No planes in the air. No human voices. Nothing.

Just the wind, and it was barely audible as it moved through the mostly treeless landscape.

The constant noise of modern life

I live in a suburb in the fourth largest metropolitan area in the United States. My house is five blocks off a 6-lane highway, and about a mile away from a semi-elevated expressway. There is always background noise – I have to work to get it out of my videos.

Indoors there’s the hum of the computer and the click of the keyboard. The blower for the air conditioner is quiet by industry standards, but it’s still very noticeable – I turn it off if I’m shooting video indoors. There’s the tick tick tick of the clock on my office wall, which I don’t notice… until I do.

And even behind thick walls and good windows, the low roar of the highway is always there.

Even in the middle of the night.

I first noticed the silence at Caprock Canyon. Not only were we many miles away from a major highway (though right on a park road) we were down in the canyon. Sound from the rest of the world wasn’t getting in. I wasn’t paying attention, but when I stopped walking and no longer heard the sounds of my own footsteps, the absence of human-generated noise was prominent.

It had been years – many years. Even my local camping trips were still within earshot of roads and other human activities.

The silence of 1 person per square mile

It was more noticeable the further west we went, especially in Fort Davis. Get out of the town and you’re in a county the size of Delaware with a population of 2200. The picture below was taken from a roadside picnic area about halfway up the mountain to the McDonald Observatory (which, sadly, we didn’t get to visit – they just reopened to the public but they’re booked up through November).

No cars. No people. No cows. Not even any crickets.

At one stop I was able to hear a conversation about a hundred yards away. I don’t mean “hear people talking.” I mean I clearly heard every word they said… and my hearing isn’t as good as it was when I was younger.

Now, acoustics had something to do with that. They were walking toward me, and we were at the base of a box canyon that naturally guided sound my way. But mainly it was the lack of background noise.

I didn’t hear any juicy gossip – they were discussing the historical site we were all visiting.

When witches and Pagans talk about silence, we usually mean the importance of keeping silent. Work your magic and then keep your mouth shut. If you talk about your target before you achieve it, your subconscious will think you already have it and will stop doing the subtle work that makes it more likely you’ll do what you need to do to get it.

(Psychological self-programming is one part of magic, but it’s not all of magic.)

More than that, when you tell other people your plans they may decide to work against you. They may view you as a competitor or even an enemy, as with all the political magic going on these days. They may be jealous and don’t want you to have something they’ve been unable to get themselves. Or they may be resentful that you can work magic better than they can.

Magic driven by jealousy has strong emotional power behind it, even if it’s unfocused.

The more baneful your magic, the greater the need to keep silent about it. Our materialist Western society says magic and witchcraft are mere fantasies, but deep down we all remember what our ancestors knew. That’s why our Christian and even our atheist friends will occasionally ask us to read Tarot or “do that thing you do” for them.

If you effectively curse someone, don’t brag about it. Someone who sees things differently may work their own magic against you, even if it’s just imprecatory prayers. And we’re never all that far away from another “satanic panic.” We don’t have to have a repeat of the Salem Witch Trials for people to be imprisoned because of their religious and magical practices. Just ask the West Memphis Three.

To know, to will, to dare… and to keep silent.

Other times when we discuss silence, we mean the need to listen rather than to talk.

If we’re talking we’re just repeating what we already know. If we’re listening we may learn something new. At the least, we’re showing respect to someone else who has a different perspective from us. Listening helps us to understand why people think and feel things that are foreign to us.

We have no obligation to listen to people of bad will. Nazis, fascists, homophobes, TERFs – they’ve all shown their goal is to harm people they don’t like. We don’t have pretend we haven’t seen their movie. We know how it ends, and we know who dies if they get their way.

We also have no obligation to listen to people trying to convert us to another religion, especially those who use manipulative methods. I enjoy debating them (up to a point, anyway) but that’s me. If you’re still wounded from a previous religion, do not engage with proselytizers.

But in general, keeping silent and listening enables learning, and that’s a good thing.

Silence as a spiritual practice

I can’t pack up the quiet of West Texas and bring it back to the noisy suburbs any more than I can pack up the expansive views and dark skies (which weren’t all that dark due to the full moon – I need to go back at the dark moon). I can’t build an isolation chamber in my house.

But I can turn off the electronics and silence the constant audio stimulation. I can use low-volume white noise to block out distractions from neighbors and such.

And I can use meditation to quieten (if not exactly silence) the constant chatter inside my head that keeps me from hearing what’s going on around me… in this world and between the worlds.

Travel is good because it brings new experiences. Or in this case, an old experience I hadn’t had in many, many years. 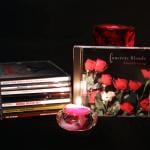 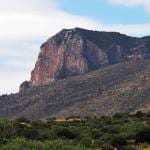 October 13, 2020 A Referendum on the Soul of America
Recent Comments
0 | Leave a Comment
"That's just it: our cultural and physical surroundings have become so different that even the ..."
Ingeborg Nordén Is it Lughnasadh without Lugh?
"Following up to my last observation: the only recorded festival in Scandinavia at this time ..."
Ingeborg Nordén Is it Lughnasadh without Lugh?
"John your one of my favorites keep up the good work. I don't always comment, ..."
chuck faircloth 13 Year Blogiversary of Under the ..."
"Normally I wouldn't even consider a book on Heathen magic. Not because there's anything wrong ..."
MadGastronomer Elves, Witches & Gods
Browse Our Archives
get the latest from
John Beckett
Sign up for our newsletter
POPULAR AT PATHEOS Pagan
1