No Pardons For Trump or His Sycophants

One of the cornerstones of modern democracy1 is the peaceful transfer of power. An election is held, the votes are counted, a winner is declared, the loser politely concedes, and the winner takes office on the appointed date.

Some elections are very close, and every now and then we read about some small town election decided by one vote. Large elections almost always have some irregularities2 but they rarely if ever are big enough to impact the result. Voter fraud is exceedingly rare – see this pre-election report from Reuters, which is generally regarded as one of the most high-quality and non-partisan news sources in existence.

Occasionally a very close election will end up in court, but when the proceedings are complete the loser concedes and the winner takes office. 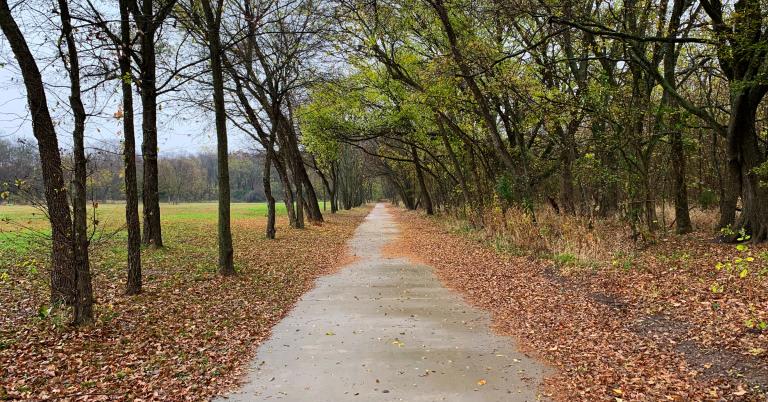 The 2020 U.S. Presidential election was not close.

Oh, it was closer than it should have been.

While initial counting was still underway, it was entirely proper for Trump to hold on to the possibility of winning, even though by the day after the election it didn’t look good for him. But when the news services called the election for Biden on Saturday morning, it was time for him to do the honorable and expected thing and start facilitating a smooth transition of power.

Of course, he has done nothing of the sort.

Baseless claims of fraud attack the foundations of democracy

And he hasn’t simply said “the game isn’t over yet.” He and his lawyers have been making baseless accusation after baseless accusation. I won’t bore (or anger) you with a list of them. I’ll just give you this quote from Federal Appeals Court Judge Stephanos Bibas – who was appointed by Trump – when the court confirmed a lower court’s dismissal of one of his lawsuits.

“Charges of unfairness are serious. But calling an election unfair does not make it so. Charges require specific allegations and then proof. We have neither here.”

Other candidates who lost close and contentious elections – including Hillary Clinton and George H.W. Bush, the last sitting President defeated for re-election – made quick and gracious concessions, at least in part because they knew the election and the office itself are about more than themselves. Trump’s actions cast doubt on the legitimacy of the election with no more evidence than the wildest of speculations that have been dismissed in court over thirty times.

Trump’s continued denial of reality isn’t just a whiny man-baby crying because he lost. It’s an attack on the foundations of representative democracy. We may have no choice but to ignore his rants, but we cannot excuse them, and we certainly cannot reward them.

I was 12 years old (and a very attentive and well-informed 12-year-old) when Richard Nixon resigned the Presidency in the aftermath of Watergate and was subsequently pardoned by Gerald Ford. Ford believed the nation needed to move on. I agreed with him then and I still do today. But after the pardon, Nixon released this statement that, while not exactly an admission of guilt, was certainly an act of contrition:

“I was wrong in not acting more decisively and more forthrightly in dealing with Watergate, particularly when it reached the stage of judicial proceedings and grew from a political scandal into a national tragedy. No words can describe the depth of my regret and pain at the anguish my mistakes over Watergate have caused the nation and the presidency, a nation I so deeply love, and an institution I so greatly respect.”

Does anyone seriously doubt Trump is going to claim the election was “stolen” for the rest of his life, pardon or no pardon?

Another cornerstone of modern democracy is that policy differences cannot be criminalized, even those we find ethically abhorrent. We don’t throw the losing party in jail. But violations of existing laws are crimes, no matter who commits them. If Trump, his family, or his advisors have broken laws (like say, ethics laws or tax laws) then they need to be investigated, indicted, tried, and convicted.

Even considering all that, I would support pardoning Trump if he would promise to go away and shut the hell up forever – if, like post-Nixon, we could just move on. He won’t, so we can’t.

No pardons for Trump or his sycophants.

The good Republicans aren’t in Congress

We’ve seen a lot of Republican judges following the law – and good reason – in dismissing Trump’s lawsuits. Most (though not all) Republicans working in election support have shown great integrity in doing the right thing despite pressure from Trump and his followers.

I’m particularly pleased with Georgia Secretary of State Brad Raffensperger. He’s a staunch conservative who I’d never vote for, and he’s been a Trump supporter since 2016. But when the election was close he followed the law and existing election procedures, which clearly demonstrated that Biden won Georgia. In response, both of Georgia’s Senators (who are up for re-election in a January runoff) called for his resignation, and Trump called him an “enemy of the people” – language we usually hear coming from dictators.

A few Republican Senators and Representatives have affirmed Biden’s win. Fewer still have denounced Trump’s refusal to concede. Most are either silent or supporting Trump’s baseless claims.

We know why. They’re afraid of Trump and they want to pander to his base. Doing the right thing for the country is way down their list of priorities.

This is how democracy dies.

“Reaching out” is for people who want to work together

When Hillary lost in 2016, a lot of people – including me – said the Democrats needed to take a close look at the people who voted for Trump and figure out how to address their concerns. Meanwhile, after his inauguration Trump went straight into implementing his agenda: his ban on people entering the United States from certain Muslim countries, his brutal policy of criminalizing refugees, and of course, tax cuts for the rich.

This year, some of these same people are still saying we need to address the concerns of Trump voters. While I’m all for listening, I’m not particularly interested in catering to people who voted for the most vile person to occupy the Oval Office in nearly 200 years, and maybe ever.

I’m far more interested in engaging with the people to the left of Biden who actually voted for him even though he wasn’t their preferred candidate.

And while Mitch McConnell has been uncharacteristically quiet, does anyone doubt that if the Republicans win one of the Georgia Senate seats he’ll obstruct Biden just like he obstructed Obama?

I sincerely hope that Biden can put his 44 years of experience in Washington to good use rebuilding a functional government. I’m confident he can repair much (but probably not all) of the damage Trump has done to the executive branch. I’m less confident he can do much to get Congress to work together for the good of the country.

And if he can’t, I’m in no mood to allow McConnell to dictate the agenda.

So what does this mean for us?

This is Patheos Pagan, not The New York Times. I’m under no illusion that my editorials carry any significant weight in the wider community. But politics is the art of the possible, and there are some things we can do to make things better.

If you live in Georgia, vote for Jon Ossoff and Raphael Warnock in the Senate runoff election. If you aren’t registered to vote, you can do so through December 7. Early voting begins December 14, and election day is January 5.

If you can, please donate to their campaigns.

If you hear people repeating Trump’s claims of fraud, challenge them – assuming it’s physically safe to do so. Point out all the lost lawsuits. Demand evidence. When they don’t provide it – because there is none – remind them that conspiracy theories aren’t facts. You probably won’t change their mind, but you’ll remind people on the fence that facts matter.

The Electoral College will confirm Biden’s win on December 14. Trump has promised to concede after that. We’ll see if he does, and if – as I firmly expect – he keeps saying “but I really won” afterwards.

Once this bizarre and damaging election is finally over and Joe Biden is President, it falls on us to remain engaged with the political process. Biden is a centrist (though he has moved leftward during this election cycle) and without a strong Democratic majority in Congress he’ll be limited on how far left he can go. But if he does what he said he’d do, we’ll start making good progress.

It’s our job to hold him accountable to his word.

1 “Democracy” as it’s generally understood in contemporary usage. Pedantic comments about “democracy” vs. “republic” are irrelevant to this post and will be deleted without warning.

2 Any human endeavor will have errors and manual counting is far more difficult to get exactly right than you’d think, as anyone who’s ever participated in a factory or retail inventory knows first-hand.

November 29, 2020
Paganism as a Religion of Relationships
Next Post 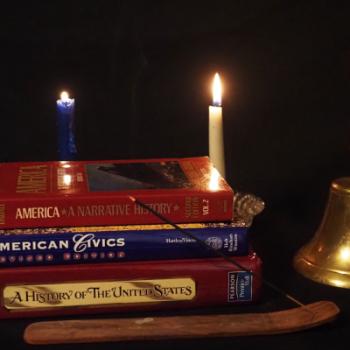