I’ve seen a lot of talk about ancestors and ancestor work recently, especially in my Twitter feed. I’ve seen some people saying “you must always honor your ancestors” and others saying “I never do ancestor work.” I’ve seen some truly ridiculous statements, such as “white people have no ancestors” (really? so we all just popped into existence ex nihilo? I’m sure they had a point they were trying to make, but I couldn’t figure out what it was).

I’ve been trying to come up with a response for about two weeks and it keeps going nowhere. That’s usually a sign I need to throw my outline in the garbage and just write what’s on my mind. Which is what I’m going to do now. 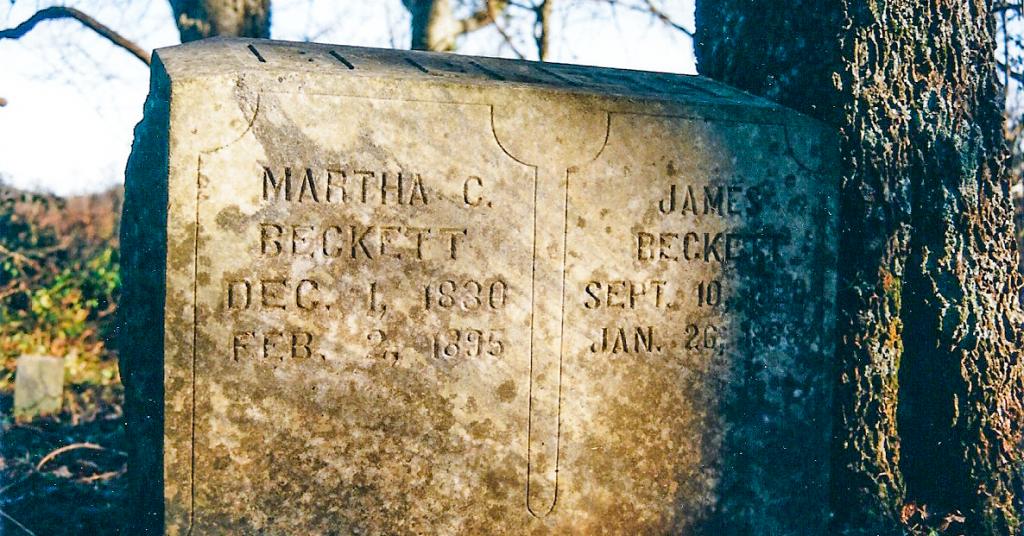 Ancestors are those who came before us. They’re our parents, grandparents, and all our many-great grandparents. Most of us know only a few names, but our ancestors go all the way back to the first modern humans 200,000 years ago or so. Then they go back further to the earlier human species that are now extinct, back to the first primate, to the first mammal, to the first animal, and to the very first single-celled life form 3.5 billion years ago.

Without our ancestors we would not be. Because they lived, we have life.

Those are our ancestors of blood. We also have ancestors of spirit: those who have taught us and inspired us, especially on our spiritual paths.

As a modern Druid, I count the ancient Druids among my spiritual ancestors, even though there’s no direct link from them to me. I also count the Revival Druids as ancestors, even though the vast majority of them were Christians who saw Druidry as cultural and not religious. But because they formed and maintained Druid orders, I was able to learn about Druidry quickly and easily.

We owe a debt to our ancestors

Our ancestors provided something for us – in the case of our ancestors of blood, our physical existence – so we have an obligation to reciprocate.

We cannot pay back this debt. Our primary obligation is to pay it forward, to build a better world for those who come after us. But we can express our gratitude, and where appropriate, our love.

This is the foundation of ancestor work.

They are our most accessible spiritual allies

Gods are often busy doing God stuff, and in any case Their goals are sometimes different from our goals. Angels, demons, the Fair Folk, Nature spirits, and other spiritual persons may or may not be interested in helping us – most times they do their own things for their own reasons. Some of them are hostile to humans. Other times they can be quite helpful, but you can’t always count on it.

But our ancestors have a direct connection to us. Some of them we knew in this life. Others we know from pictures, records, and family stories. When we remember them, honor them, and make offerings to them, we form and maintain the relationships that death has transformed but cannot sever.

That which is remembered, lives.

An ancestor is not a God (some ancestors become Gods, but that’s another topic for another time). And as several people have said (I don’t know who said it first, but it wasn’t me) just because they’re dead doesn’t mean they’re smart. But they can support us spiritually and magically, and generally they will.

So maintaining relationships with our ancestors isn’t just a matter of reciprocity, it’s also a matter of self-interest. 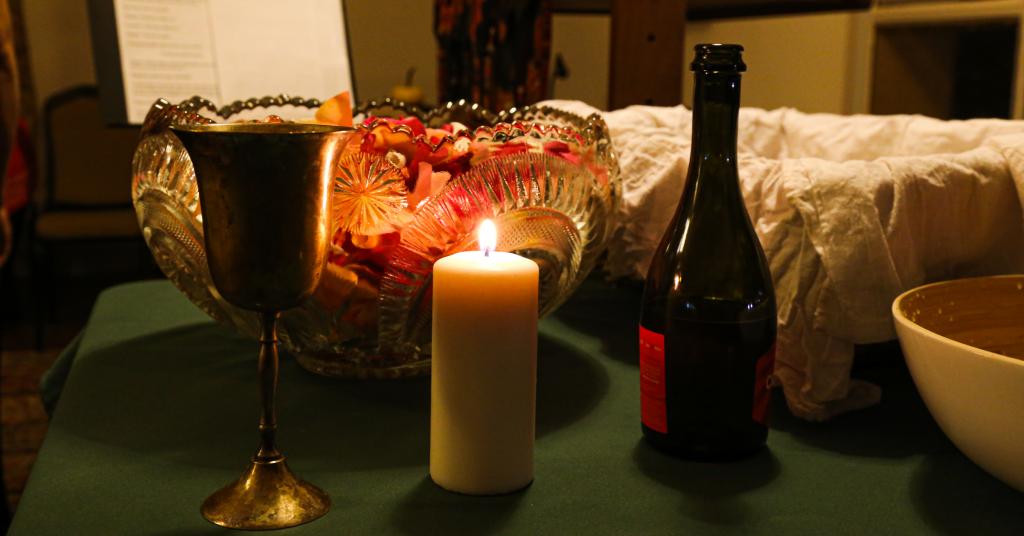 You have no obligation to honor abusive ancestors

As with living relatives, your own health and well-being is more important than maintaining relationships “because you’re supposed to.” If you need to skip over a generation or three in your ancestor work, then skip over them.

This is my most frequent complaint with those who refuse to do ancestor work. They judge their ancestors based on 21st century ethical standards, and when their ancestors fall short they shun them.

I’m not one to argue for judging people “by the standards of their times.” Slavery has always been wrong, people always knew slavery was wrong, and they rationalized their way into accepting it. You can say the same for many other issues.

But people are more complicated than any one issue (and so are you and me). You can honor your ancestors – especially your more distant ancestors – for the good they did without excusing their crimes. If nothing else, they lived long enough to continue the line that led to you. That alone is worth an occasionally offering.

I’ve seen several comments – both pro and con – about rehabilitating ancestors who did bad things. There is a spiritual element to this  – it uses prayers, offerings, and spells to open the heart of a dead ancestor. What we learn in the Otherworld will impact our future lives – perhaps with your help, a troublesome ancestor can live a better life next time.

But what is certain is that the work you do here and now can help undo the harm they caused. Children who are abused often go on to abuse their own children – do what must be done to break that cycle, whether that’s with therapy, with prayers and magic, or with sheer force of will.

We can argue – and I frequently do – that we should be working for justice, compassion, and equity anyway, because they’re the right things to do. But if we have ancestors who contributed to injustice, we have a special obligation to make things better. 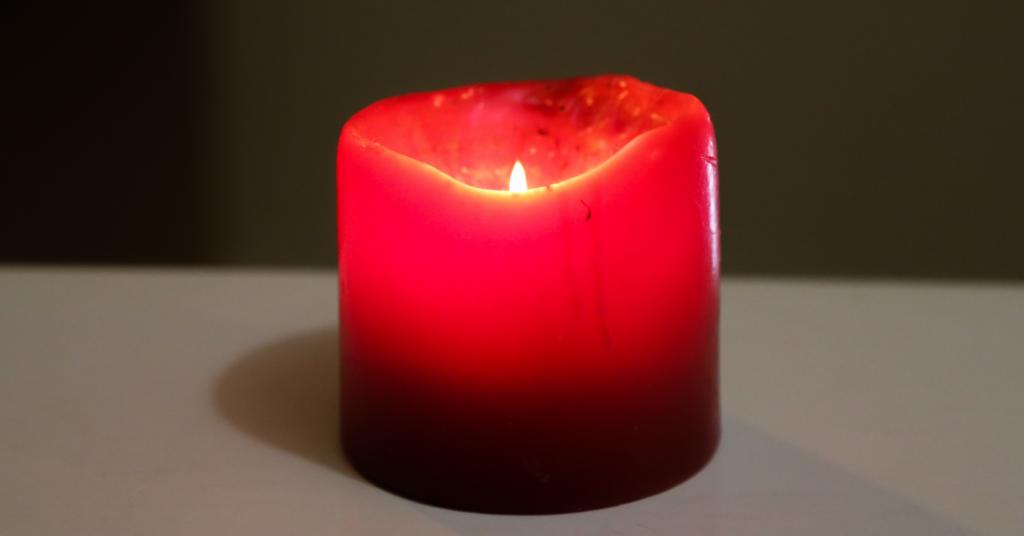 Honor your ancestors – don’t mimic them

Did the ancient Druids practice human sacrifice or was that just Julius Caesar’s propaganda? I lean toward propaganda, but some of our ancestors did do it, at least occasionally. If their reasons were ever valid they aren’t valid today.

The same is true for any of their other beliefs and practices. We rightly look to our ancestors for how to relate to the Gods and other spirits – we’re inspired by their stories and their cultures. But we are not Iron Age Celts or Pharaonic Egyptians – we’re 21st century Americans or Irish or Mexicans or whatever we are. Our religion has to speak to us and support us here and now.

I can promise you that if Christianity had never come to Europe, today’s Norwegians would not be practicing exactly how their ancestors of a thousand years ago practiced. A good religion is a living religion.

This doesn’t give us leeway to do whatever we want for whatever reason we like. It does give us permission to encounter Gods and spirits ourselves, to tell our own stories of them, and to build a virtuous society for our time.

And it demands that we do.

Your ancestor are more than one slice of history

I see this most often with Heathens, but I see it with Druids and others too. Someone makes a big deal out of honoring their ancestors. That’s good, right?

But they mention their grandparents, then they jump over a millennium of Christian ancestors to find the Pagan, polytheist ancestors who existed for a few centuries at most. They forget about their tribal ancestors who lived for several millennia before that, and they actively ignore their ancestors who lived in Africa before the migration that would populate the rest of the world began 70,000 years ago or so.

It’s OK to like some ancestors better than others. No ancestor will ever mean as much to me as my maternal grandmother.

It’s not OK to ignore some ancestors because they practiced a different religion… or because they remind you that you’re related to every other human on this planet.

And this is a good time to remind everyone that religion is not passed by DNA. If you want to belong somewhere, you can’t just take a DNA test and declare yourself “Celtic” or whatever. You have to do the work to become part of a community, or to build a community.

Like every other practice, whether or not you honor or work with your ancestors is up to you. There are valid reasons why someone might not do it, or might do it differently than I do.

For those of us who do, what does honoring your ancestors look like?

In 2017, fellow Denton Pagan Linda Masten and I made a brief video on the topic. That’s a good place to start.

As for me, I invite my ancestors to all my rituals. I make offerings to them weekly. And I pray to them daily, with this prayer:

Ancestors of blood and ancestors of spirit,
you whose child I am and on whose foundations I build,
because of you I have life.
May I continue your lines in power and strength,
and may I live so as to be worthy of the honor of those who come after me.
Hail and welcome!

April 15, 2021
Paying Attention to Changes Between the Worlds
Next Post

April 21, 2021 The Roaring 20s Are Starting Now – For Better or For Worse
Recent Comments
0 | Leave a Comment
"I currently work at a public university in Texas. My family keeps suggesting Baylor as ..."
Jayedynn Religiously Affiliated Colleges Need to Decide ..."
"That is not at all the sort of religious school John is talking about. We ..."
MadGastronomer Religiously Affiliated Colleges Need to Decide ..."
"It may be that the unaddressed contradictions and hypocrisy of things like slavery and racism ..."
kenofken An American’s Thoughts on the Death ..."
"I’m not sure that a Pagan university would have to be tightly tied to religious ..."
kenofken Religiously Affiliated Colleges Need to Decide ..."
Browse Our Archives
Related posts from John Beckett