Building a Place Where We Belong

Building a Place Where We Belong January 3, 2021 John Beckett

The matters of cultural appropriation and closed practices have been in the forefront of the Pagan internet for the past few weeks. They’re never far from the surface.

Recent conversation has been less than helpful. A few people still insist that anything and everything is theirs for the taking, no matter who gets hurt in the process. Most people mean well, but too many are more interested in being on the right side than in doing the right things – or in being historically accurate.

By now you’ve probably heard that some are saying Tarot is a closed practice of the Romani people, and the rest of us should stop reading cards. This idea demonstrates a complete ignorance of the origins of Tarot. The cards were originally created for Tarocchi and other games in 15th century Europe – their use in divination came much later. Beyond that, incorrectly ascribing ownership of the Tarot to the Romani perpetuates racist stereotypes against them, namely that they’re all fortune tellers and likely swindlers.

While I support those who call out cultural appropriation in an attempt to end it (at least when they do it accurately), I’m frustrated by those who seem to enjoy scolding beginners but who never offer an ethical alternative. It’s not the job of oppressed people to educate those who are stealing from them, but if you’re relatively privileged, you have an obligation to use some of that privilege to build a better, more ethical world.

As good liberals, we don’t want to punish crime – we want to build a society where crime is unnecessary and therefore rare.

What can we do to build a Pagan movement where cultural appropriation doesn’t happen because no one feels the need to do it? 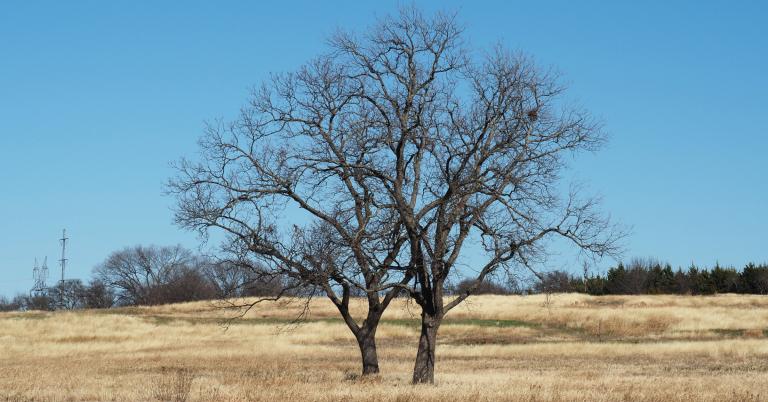 We all want to belong somewhere

I keep repeating this in hopes that it will sink in: religion isn’t about what you believe. Religion is about what you do, who you are, and whose you are. It’s about what binds us together: beliefs and ritual practices, to be sure. But also stories, foods, clothes, music – all the things we share in common. Good religion says “you belong here.”

In a perfect world we would all belong where we are. But our world is far from perfect, and many of us grew up in religions and cultures were we don’t belong. I certainly didn’t belong in the fundamentalist church were I grew up.

If we don’t belong here – where ever here is for you – where do we belong?

DNA is not religion… or culture

And also, Greece is 90% Orthodox, Ireland is 78% Catholic, and Norway is 68% Lutheran. Yes, there are Pagan movements in all those countries, but they’re small minorities.

If you really want to be a part of another culture, most – though not all – will accept you. But you have to do it their way: live on the land, learn the language, join in the work of supporting the people. Declaring that you already are a part of the culture because your great grandmother who you never met came from there is offensive to those who live in those lands.

Besides, it isn’t true. And pretending to be something you aren’t isn’t very satisfying. 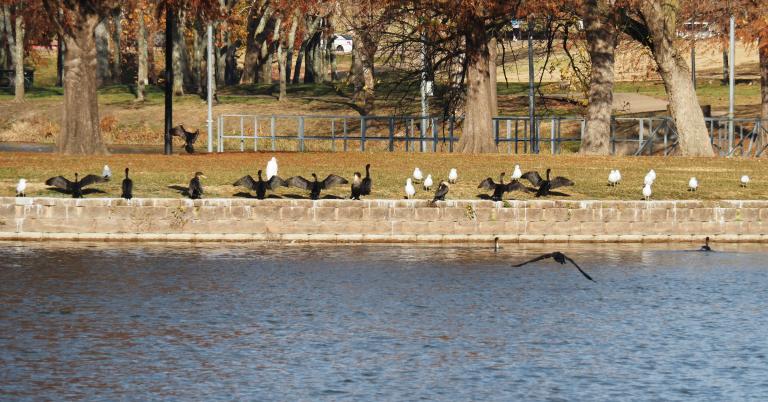 We can’t follow the roadmap of the large religions

If you’re a Christian, there are opportunities for you to “plug in” at whatever level seems right to you, pretty much anywhere in this country. If you’re a Jew, a Muslim, a Hindu, or a Buddhist there are fewer opportunities – particularly outside large cities – but they’re still available.

If you’re a Pagan or a polytheist, there’s not much.

In the past, this is where I would make a plea to start building institutions and infrastructure. I’m done with that. As a movement, we aren’t willing to invest our time and money building for the future. Far too many of us are more interested in doing our own thing than in working together, much less in compromising for the greater good.

If your deep desire is to find a place where you belong but your top priority is that “nobody’s going to tell me what to do!” you will always be disappointed. All healthy groups and traditions have boundaries and standards.

We can build strong local groups: covens, groves, and the like. We can network using the internet, and when in-person gatherings become possible again, through conventions and conferences.

But mainly, we’re going to have to build our modern Pagan religions on individual practice.

Real roots have to be grown

It is unfortunate – though not at all surprising, in that “grass is always greener” way – that so many of us try to form connections with lands where we’ve never been and ignore the land where we live.

I grew up in Tennessee. I felt at home in the hills and trees. I go back there once a year or so to visit family and friends, and I still feel a connection to it.

But like so many people throughout history, I moved for a better opportunity. I came to Texas in late 2001 – it took me till 2014 to realize that I was going to stay here and I needed to make it my home. I needed to form a connection to the land.

All these people had to form connections with the land where they moved. They had to go from simply living on the land to becoming part of the land. So do we. We need to grow roots where we are.

But what it builds is real.

Relationships have to be formed and maintained

Religion and culture are about forming and maintaining a group identity, which in turn supports maintaining and strengthening the group and its members.

And all relationships require work.

I have relationships with my ancestors. I maintain them with offerings and meditation, and with doing my best to be someone who someday will be a worthy ancestor.

And I have relationships with my co-religionists – the people who see the world and relate to it as I do, more or less. Some of these are my local friends and family of choice, without whom I never would have made it through 2020. These are the people I count on, and I do my best to be sure they can count on me.

There simply is no substitute for building relationships, in this world and between the worlds. 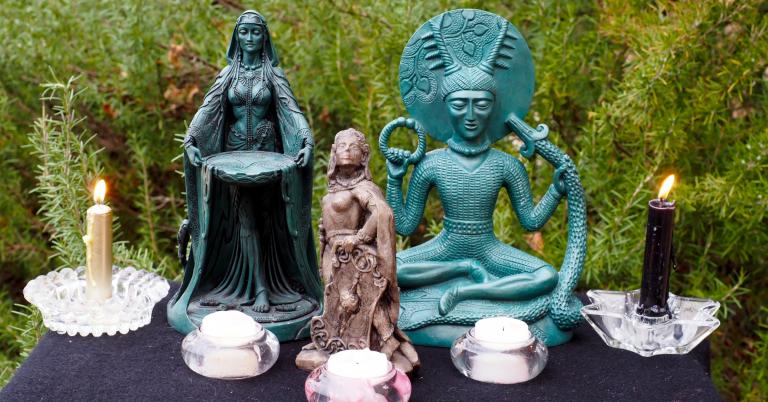 We are building a new tradition

I value the work of Pagan reconstructionists, especially the historians, archaeologists, anthropologists, and others whose scholarship helps us better understand and appreciate the religions of our ancestors. So much of what should be our cultural heritage was lost or destroyed in the conversion to Christianity (see The Darkening Age by Catherine Nixey for details you may not know). I wish my Druidry had a 2500 year lineage instead of only 300 years.

But it doesn’t, and that’s OK.

We are not pre-Christian Norse or pre-Roman Celts or anything like that. We are 21st century Americans (or whatever you happen to be). We are inspired by our ancient ancestors and we can relate to them, but we aren’t them. We need to build a new tradition that while grounded in timeless principles speaks to our needs and our experiences here and now.

Some of these traditions already exist. Modern Druidry’s 300 years isn’t “since time immemorial” but it’s something. Gardnerian Wicca is legitimately 70 years old. Covenant of the Goddess is 45. There are groups and traditions out there, even if they’re not as widespread and well-established as the Catholic church.

And what of those of us who don’t fit neatly into any of those? I still don’t have a name for what I call “ancestral, devotional, ecstatic, oracular, magical, public, Pagan polytheism.”

But it’s what I’m called to do.

And it’s what I’m called to be.

And so I’m building it, one offering, one prayer, one ritual, one blog post at a time.

This is where I belong. Maybe you belong here too – if so, welcome. It’s not as cool as calling yourself a Viking or anything like that. It’s not as easy as taking a DNA test and declaring that you’re this or that.

But it’s a lot more real. 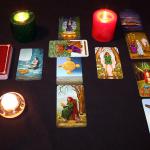 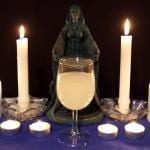