You Are Good Enough, And You Can Be Better

You Are Good Enough, And You Can Be Better September 2, 2021 John Beckett

My social media friends divide themselves up into different groups based on many different criteria. One of the more interesting divisions is between those who say we should try to become the best versions of ourselves that we can be and those who say we’re just fine the way we are and we don’t need to change anything.

I think they’re both right.

As a Pagan, I find the concept of original sin to be ridiculous. We don’t need to be saved or redeemed. If we need forgiveness it’s for things we have done that harmed others, not for being humans who are inherently imperfect. Further, we are inherently diverse in our abilities, our appearances, our orientations, and our interests. We have no obligation to conform to anyone else’s standards or preferences. We are good enough just the way we are – we don’t need to change anything.

But we may want to change some things, or perhaps many things.

One of the virtues depicted on the Celsus Library in Ephesus is arête – “striving for excellence.” Circumstances sometimes call for us to go above and beyond normal expectations and do things considered heroic. Or we may simply want more out of life. All living things grow and change throughout their lives – why should we be any different? 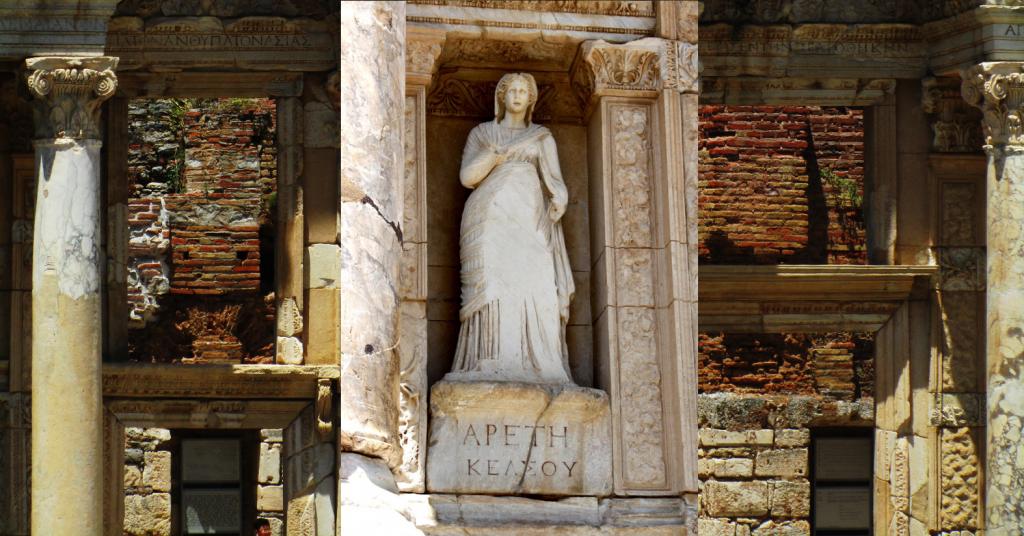 The trick, of course, is to make sure our striving for excellence is in areas that are important to us, and not the result of someone trying to sell us something.

You get to choose where you want to be better

For over 20 years (1980-2001) the U.S. Army’s recruiting slogan was “be all you can be.” While there’s something to be said for young people challenging themselves with military service (and also something to be said about the economic realities of the all-volunteer military) the Army’s focus on physical conditioning and discipline are only a small part of “all you can be.” The recruiting pitch was quite successful, but that’s what it was: a catch phrase designed to persuade people to join the Army.

But we want what we want.

I always wanted to be an athlete – I felt like I missed something because I never played sports in school. I wasn’t good enough by a long, long shot. I played various recreational sports, but then I started running in my mid-30s. All of a sudden I was an athlete. I ran two marathons before injuries and weight gain made it too hard to continue in my early 40s. It took 15 years to finally recover from plantar fasciitis.

It was worth it – I wanted it.

What is it that you want to be or do or have? It’s good to plan and work and strive to grow into who and what you want to be. The near-universal failure of New Year’s Resolutions show the folly of trying to force ourselves to become something we don’t really care about. 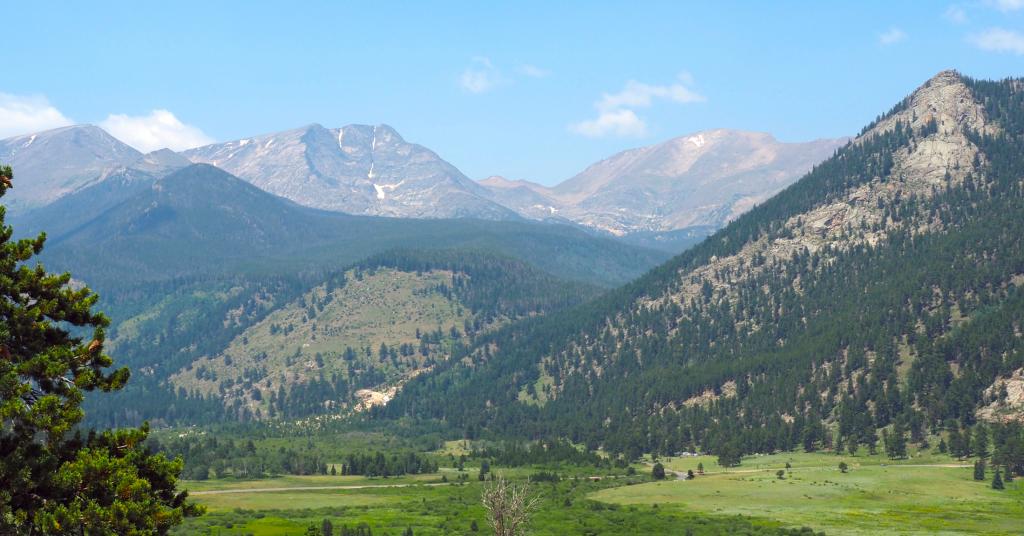 Be realistic with yourself

Compare what you want to do with what you can do. I became an athlete, but there is no sport in which I could have become a professional athlete – I simply don’t have that level of physical ability. The cliché “you can do anything you want if you just want it bad enough” is a lie.

While I’m no exception to Ray Bradbury’s famous quote that everyone’s first million words are crap, I have some natural talent for writing (how well I use that talent is a question for readers to decide). On the other hand, I have little natural talent for speaking. I’ve worked very hard to become a good speaker, but I know I will never be a great speaker – I simply don’t have the charisma and stage presence. And so my expectations for my writing are different from my expectations for my speaking.

What you can accomplish isn’t just a question of talent and work – it’s also a question of circumstances. Were you born into poverty? Are you caring for children? Do you have a chronic illness? The “pull yourself up by your bootstraps” crowd likes to show off people who’ve overcome difficult circumstances, and the people who’ve done that deserve our admiration. But just because a few people can do it doesn’t mean everyone can do it, any more than everyone can run a marathon or write a book.

The key is to focus on what you can do. Take the small steps you can, even if you can’t take the big steps you’d prefer. If nothing else, you’ve made your life incrementally better. And many small steps can take you a long way over the course of a life.

Just don’t beat yourself up because you can’t do everything someone else can. Their talents, circumstances, and support systems are different from yours. Focus on doing what you can do. 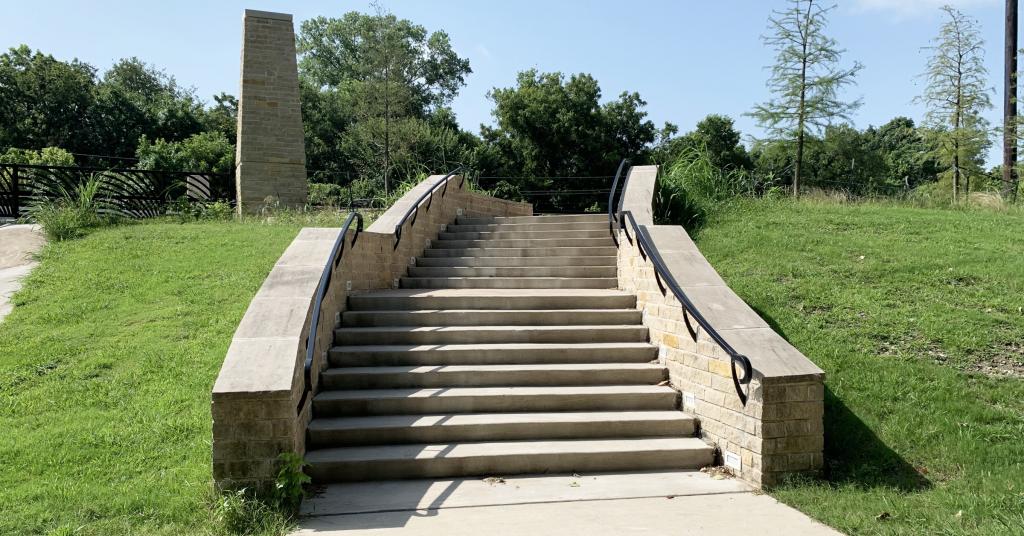 I’ll be honest – this is hard for me to do. I don’t want to celebrate before a project is complete. And when the project is complete I want to move on to the next project. In all that moving on I often fail to recognize just how far I’ve come.

That’s why it’s important to keep a journal, and to review it at least occasionally. When you realize you’ve made progress, stop and celebrate – even if it’s just to tell yourself “wow – I really have come a long way.”

This is where the “be all you can be” crowd doesn’t just fail themselves, they present a bad image for everyone else. If you can’t enjoy your accomplishments, why do all the work?

Dr. Jonas Salk, who developed the polio vaccine, famously said “the reward for work well done is the opportunity to do more.” That’s great, if you truly enjoy the work you do. But for most of us, most of the time, work is simply a means to an end. Let’s make sure we enjoy the ends.

Continuous improvement is a business buzzword that has some merit – in the business world. It’s not the purpose of life.

“Improve” enough and eventually you reach the point of diminishing returns: each tiny bit of incremental improvement requires more and more input to achieve. At some point, be satisfied with good enough.

At some point, though, you have to say “it’s good enough” and turn it over to the publisher. Otherwise, it will be in edits forever and no one will ever be able to read it.

Perfection isn’t possible. Learn to figure out when something is good enough, so you can set it aside and pick up something else.

If you don’t like where you go, go somewhere else

I’m not one to sit still, at least not for very long. But while I’m in general agreement with the “be the best you can be” crowd, I often diverge from them on the question of where we should improve. They mostly push people to make more money and lose more weight.

Now, if you don’t have enough money, doing what’s necessary to make more is probably a good idea. But once you have enough – however much “enough” is for you – more money isn’t going to make you happier. If your weight causes health problems or especially if it keeps you from doing what you want to do, making some changes to your eating and exercise routine is probably a good idea (if you can – weight is often a medical issue that is far more complicated than those who find it easy to stay thin like to admit). But beyond that, trying to conform to the mainstream’s ideas around beauty and health is a recipe for frustration.

My deepest desires are centered around my religious and spiritual work. This is where my passion is – this is where I want to be absolutely the best I can be. And I also realize that most people just want to honor their Gods and live a good life. Neither approach is inherently better than the other. I often say “come on in, the water’s fine” – and it is. But if you don’t want to swim in this particular lake, that’s entirely up to you.

You’re good enough the way you are. And if you want to be more, I wish you well on your journey. Just be the best version of you that you can be, and don’t waste any time trying to be what someone else says you should be. 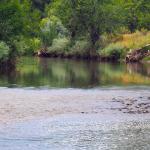 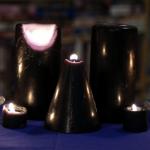 September 5, 2021 Adapting to a Difficult Future – We Can Do This
Recent Comments
0 | Leave a Comment
"I haven't seen discernment talked about much on a beginner level, but it's a great ..."
Helmsman Of-Inepu “Stay in the Conversation” – Research ..."
"What's interesting is that many statistically insignificant spiritual practices by persons or small groups exist ..."
Gordon Cooper “Stay in the Conversation” – Research ..."
"I'm tired of "religion" as a synonym for Christianity. https://twitter.com/OutlawW..."
Amethyst 💙♌🍀🏴‍☠️ “Stay in the Conversation” – Research ..."
"Traditional Wicca by its very design was never going to become a viable avenue for ..."
kenofken The Pew Doors of St. Cuthbert’s ..."
Browse Our Archives
get the latest updates from
John Beckett
and the Patheos
Pagan
Channel
POPULAR AT PATHEOS Pagan
1