Is There Forgiveness in Paganism?

Last week a Facebook friend wondered if it was possible to ask the Universe for forgiveness.

I thought I had already written on this topic. But the post I was thinking about – A Pagan (and Realistic) Perspective on Forgiveness from 2018 – explores the question of when and if we should forgive someone who has wronged us (TL;DR: you’re under no obligation to forgive anyone, but you may want to). The current question is what we can do when we’ve done something wrong and feel the need for forgiveness.

Forgiveness is a major concept in Christianity. It’s not a very big deal in Paganism. But the question is valid and is worthy of our contemplation. These are my thoughts. 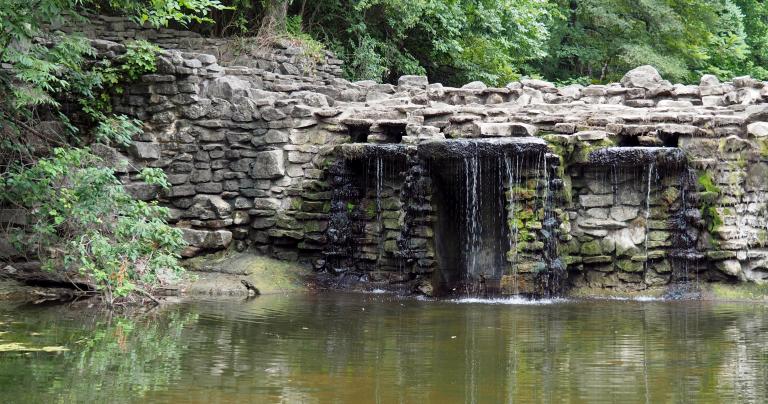 Why do you want forgiveness, anyway?

The original Facebook post didn’t go into details so I don’t know the context of the question. The person said they realized what they did was wrong, they won’t do it again, and they want to avoid the negative “karma” (a complicated and often misused term I don’t have time to directly address in this post) from their actions.

When I read those words, I hear pleading with a divine parent not to punish them. I also hear hints of past abuse and trauma. I’m a Druid, not a psychologist – I have no therapeutic advice, other than to get genuine therapy if you need it.

But avoiding punishment is not the only reason people seek forgiveness. Maybe you feel guilty for something you did and you want those feelings to be gone. But why do you feel guilty? Did you harm someone? Did you break an oath?

Then your guilt is saying you need to do something – that’s what this post is about.

Or did you break some arbitrary rule or social protocol? As much as I’m personally fond of order, I strongly believe that other people’s rules are for other people. Do you keep your word? Do you practice hospitality and reciprocity? Then if it didn’t hurt anyone, it’s nobody’s business and there’s no reason to feel guilty.

Note: some cultures and traditions have elaborate rules and protocols and consequences for breaking them. If you’re a member of one of those traditions, you’re bound by their customs and you should be asking this question of an elder in your group, not of random people on social media.

But most of us are not part of such a tradition, meaning we have to figure it out on our own.

In many cases, when people say “the Universe” they’re using a euphemism for the all-powerful God of monotheism. This is why it’s so important to build a strong intellectual and metaphysical foundation in animism and polytheism. Otherwise, unhelpful assumptions from the dominate religion of our mainstream culture can seep into our Pagan religions.

There is something to be said for simply expressing the desires of our hearts. Even if we’re only talking to ourselves, that can be beneficial.

But if you want forgiveness, you need to ask it from the person you wronged. 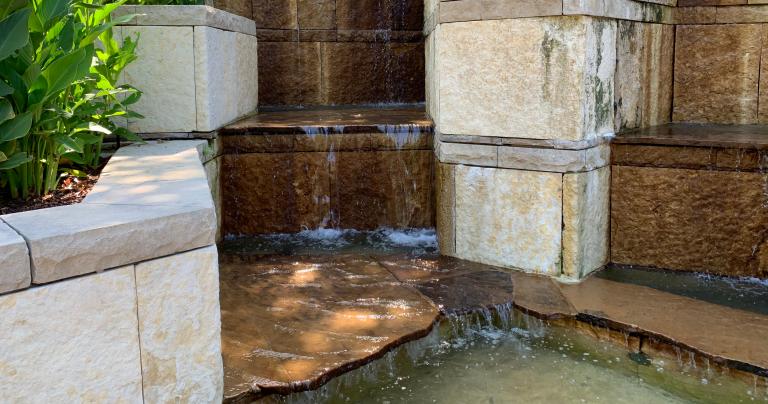 The purpose of forgiveness is to restore a broken relationship

When we harm someone – to any degree, from a mild slight to a major injury – we damage our relationship with that person. They wonder if we’ll do it again? Will we do worse? Can we be trusted?

An apology begins with accepting responsibility for what happened. “I’m sorry you got hurt” is not an apology. “I’m sorry I hurt you” is.

“I didn’t mean to hurt you” may help explain your motivation, but it doesn’t decrease the injury. Maybe you weren’t malicious, but you were still negligent. Accept responsibility.

Say what you did. Say why you understand it’s wrong. Express regret not just for the outcome, but for the actions that led to the outcome. Say what you’ll do differently next time. Do this whether you’re apologizing to a friend, a family member, a co-worker, or a God.

And understand that an apology is only the beginning. 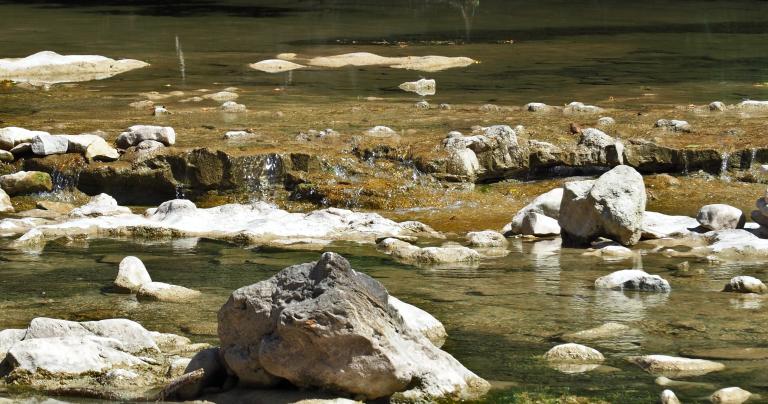 Did you break something? Fix it. Can’t be fixed? Replace it. Can’t be replaced? Discuss how you can best restore things to their previous state.

Did you break a promise or miss a deadline? Do it now. Better late than never… for most things, anyway. Closing the barn door after the horse has already run away doesn’t accomplish anything. Going out and finding the horse does.

Negotiating with deities can be difficult under any circumstances. When you’ve done something to legitimately offend them it can be even harder. Further, some traditions teach that certain misdeeds (ranging from violation of cultural norms all the way up to murder) bring spiritual impurities onto the person who does them.

Again, if you are part of one of these traditions, you should follow its protocols. But even if you aren’t, making special offerings and performing purification rituals add weight to your apology. You’re not just saying words (talk is cheap) you’re backing it up with action.

Specific rituals may be necessary even for someone who isn’t part of a fixed tradition. If in doubt, do divination. This is a situation where divining for yourself can be extremely difficult, even if you normally can do that just fine. Find a good polytheist diviner – the typical Tarot reader at the local psychic fair isn’t likely to have the context to understand what you need to find out.

Their ways are not our ways

I have had a deity respond with anger and retribution when I let them down in one situation, and the same deity tell me “it’s not important anymore, let’s move on” in a situation that looked virtually identical to me. I do not understand the difference.

There is no forgiveness for breaking a geas. In most cases, it’s not that someone won’t forgive you, it’s that the nature of a geas means forgiveness is simply not possible. It’s pure cause and effect – you break it and the consequences come.

Admit your mistakes and wrongdoings. Make it right. Use divination to figure out what else you need to do.

And assume nothing during the whole process. 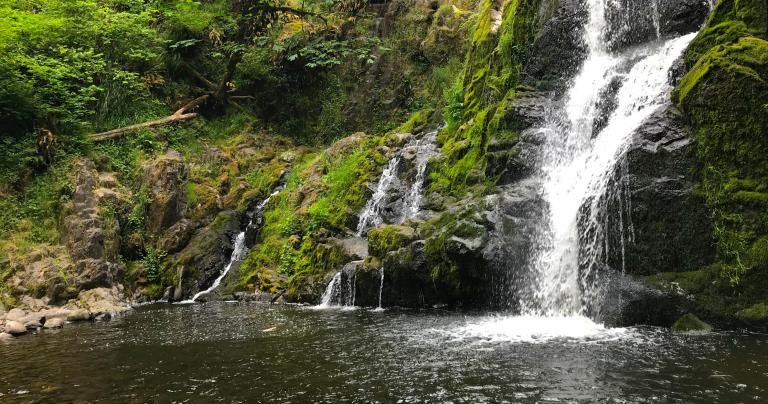 We are not perfect, nor will we ever be

Christianity tells us we are born sinful, we can never remove this sin, and therefore we require divine forgiveness. Our Pagan traditions tell us we are human: we were never intended to be perfect, we cannot become perfect, and that’s OK – perfection is not required. We do the best we can, and if we learn from our mistakes, that’s a good thing.

Forgiveness cannot protect us from consequences – stick your finger in a light socket and you’re going to get shocked. That’s not punishment, it’s cause and effect.

But forgiveness can restore broken relationships. And for that reason, we need to include forgiveness in our Pagan traditions. 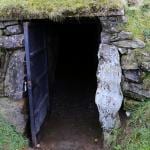 August 18, 2020 Folklore, Fiction, Scripture, and Myth: Know the Differences!
Recent Comments
0 | Leave a Comment
"Yes!!! So glad I am not the only one that thinks this!! LOVED this show, ..."
Erin McGuire Wednesday
"Thank you for this. I did not know about "Wednesday" and reactivated my Netflix account ..."
OrderInTheQuartz Wednesday
"Glad to hear a review from you. I keep hearing nonsense from people who just ..."
MadGastronomer Wednesday
"Yes, the "who is considered a Witch" question can lead to some real heated debates. ..."
Amanda Ingalls Who is Really a Witch?
Browse Our Archives
Related posts from John Beckett