As anyone who’s read this blog for more than a week knows, I’m a polytheist. I do my best to form and maintain respectful, reciprocal relationships with the Gods who I honor and serve. And relationships require constant communication.

How can we communicate with the Gods? How can we talk to Them? And perhaps most importantly, how can we hear what They have to say to us?

Prayer is the  best known and most obvious method: prayer is literally talking to the Gods. It can be scripted or extemporaneous, formal or conversational, reverent or passionate. All forms of prayer have their place – no one way is best all the time.

Writing about 300 CE, the Greek Iamblichus gave us a formula for prayer:

I declare, then, that the first degree of prayer is the introductory, which leads to contact and acquaintance with the divine; the second is conjunctive, producing a union of sympathetic minds, and calling forth benefactions sent down by the gods even before we express our requests, while achieving whole courses of action even before we think of them; the most perfect, finally, has as its mark ineffable unification, which established all authority in the gods, and provides that our souls rest completely in them.

Prayer is the foundation of my daily spiritual practice. Back in March, Lauren Mart (who is now an ADF priest) recorded this video on prayer.

If you want to talk to the Morrigan or to Osiris or to that deity who’s been in your head but whose name you still don’t have, just talk to Them. Pray.

I sometimes say that prayer is talking to the Gods and meditation is listening for Them. That’s true, but meditation is more than that. It can be mindfulness meditation, like the Buddhists teach. It can be contemplative meditation, where we have an image or an idea that we focus on intently while we sit quietly. Meditation can be done while walking (my favorite) or while we’re outside in Nature.

If you would speak with a deity in meditation, begin by invoking Them in prayer. Then adopt a position of receptiveness – be open to communication from Them. It may come in the form of thoughts in your head that aren’t yours. It may be a vision, either a dream or a visualization or on rare occasion, something inexplicable you see with your physical eyes. It may be an omen or an augury – something in Nature that is more than ordinary plant or animal behavior.

The main thing is to observe in a non-judgmental manner. After it’s over, there will be plenty of time for discernment, where you figure out what it means. But while it’s happening, go with it.

If you would hear from the Gods, listen for Them – and listen intently.

If you’ve read many narratives – either fictional or historical – you know how easy it is to get caught up in a story. All of a sudden you’re no longer looking at ink on paper, you’re in ancient Egypt or contemporary London or even in the halls of Olympus.

Every myth, every poem, every hymn written to or about the Gods contains an element of someone else’s experience of Them. When we read Orpheus’ Hymn to Pan, we learn something about Pan.

Fanatic pow’r, from whom the world began,
Whose various parts by thee inspir’d, combine
In endless dance and melody divine …

We can do the same with modern works as well as with the ancient ones.

Do the Gods speak directly to us when we read what others have written about Them? I tend to think not, though I suspect it happens occasionally. But have you ever been really into a story – particularly a historical story – set the book down of a moment, and the story kept playing in your mind? I remember reading about the ancient Druids (in Peter Berresford Ellis’s book, most likely) and then I was there, seeing and hearing and feeling things that weren’t on the page.

Is this really hearing from the Gods, or is it just our imagination? Sometimes it’s one, sometimes it’s the other. As with meditation, discernment is required.

But the Gods can and do speak to us through the words of others – I’ve experienced it myself too many times to think otherwise. 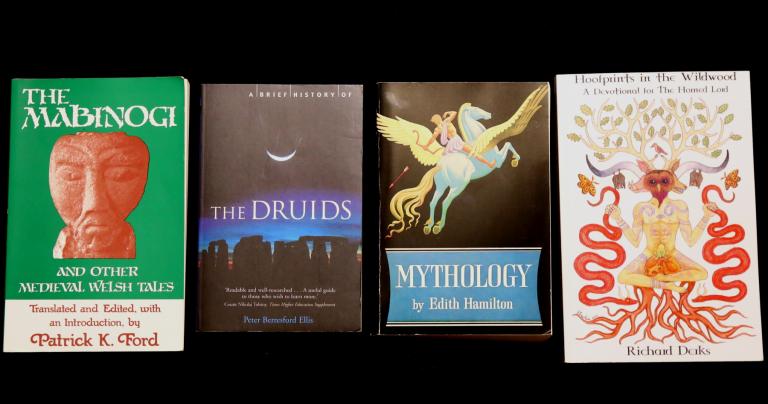 At some point, the fictions of imagination give way to the realities of journeying: the first-hand experience of other times, other places, and other realms. I keep getting asked for instructional posts on journeying – this general piece from last December is pretty much all I’ve written about it. I can do it well enough most times, though like anything spiritual, journeying can be facilitated but it can’t be commanded. But teaching it is challenging, and teaching it remotely is very difficult.

Journeying requires changing consciousness, parting the mists, and navigating the terrain of the Otherworld. Once there, we can meet with Gods, ancestors, and other spirits, and – if they’re willing – converse with them much as we do with each other.

Some deities are more accessible than others – some are more approachable than others. If Someone has started “bothering” you, the odds on you being able to talk with Them via journeying are pretty good. If you want to try to have a one-on-one conversation with a remote Sky God you’ve never met, your odds are significantly less.

And other times, The Gods come directly to us.

What I call “ecstatic communion” can take many forms. It’s the overwhelming presence of Another that makes it impossible for you to think about anything else. It’s the “God-phone” that some have described as a speaker phone that you can’t shut off. It’s a deity merging Their being with yours (partially – otherwise we’d go insane from the overload) and letting you get a sample of divine essence.

It’s a God taking over your body and using it to verbally and physically deliver messages in this world. Sometimes you get to remain present while it’s happening, and sometimes you don’t.

If you’ve never seen this, you’re likely to be skeptical. If you’ve experienced it, you’ll have no doubt it’s real. Or at least, I don’t – nothing fake could be that powerful and that different. Diana Paxson’s book The Essential Guide to Possession, Depossession, and Divine Relationships is the best resource for this sort of work.

This work is not to be taken lightly – it carries heavy obligations and significant risks. But for talking to a God, or for listening to one, there is nothing like it.

For all of the benefits of prayer, meditation, and the first-hand experience of the Gods, sometimes you need a direct answer. You need divination.

The word itself points us toward its source: divination comes from the divine. It allows us to ask direct questions and get answers that are direct, even if they aren’t as straightforward as we’d like. 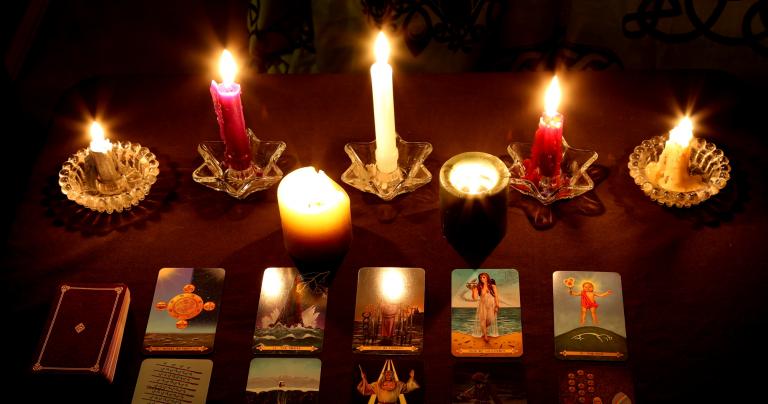 There are many systems: runes, Ogham, scrying, geomancy… my preferred method is Tarot. Divination won’t tell you what you should do, but it will show you where you’re going and what things will be like when you get there. And I’ve found when I ask a deity for a straight answer, I usually get it… even though that answer is often more complicated than I’d prefer.

Divination is particularly important when you think a God is asking you to do something. There have been times when I’ve gotten a message through meditation or journeying or even through ecstatic possession but later I’ve wondered “are you sure?” So I pull out the cards, ask the question, throw a spread, and read.

If the matter is especially complicated, or if you don’t read well for yourself, hire a professional diviner. Your average psychic fair Tarot reader may not be able to do this – try to find someone who works from a polytheist perspective. 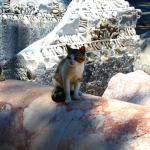 October 2, 2018
A Conclave of Cats: Debating the Nature of the Gods
Next Post 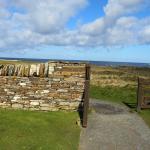