9 Things My Ancestors Tell Me

We Owe Toxic Ancestors Nothing is likely to end up on this year’s Top 10 list. Working With Troublesome Ancestors was a necessary follow-up. And I’m hoping A Pagan Theology of the Dead ends up stimulating further conversations among Pagans and polytheists.

In this post I’d like to go into more detail about what happens in my own ancestor practice. These are nine things that my ancestors tell me when I’m standing in front of my ancestor shrine or otherwise communing with them.

1. I mostly hear a collective

When I say “my ancestors” I mostly mean a group of them who I interact with on a fairly regular basis. Sometimes that’s individuals: my material grandfather, a great uncle, or a couple others I knew in this life. Most times, though, it’s more of a collective than individuals. I hear many voices, mostly speaking together, though occasionally one or two raise their voices to offer a dissenting opinion.

Sometimes I hear from older ancestors. But the further back I go, the softer their voices seem to get. If I want to talk to someone or several someones from a thousand years ago, I have to be very specific in my request, and I have to listen very carefully.

So most of what follows comes from my more recent ancestors – those whose names I know, either because I knew them in life or because I found them in family records.

My family have been Christians for over a thousand years. For most of them, that’s just the way things were. Some, though, were quite dogmatic about it. Now that they’re on the other side and they see that everybody isn’t divided up into saints for heaven and sinners for hell, they’ve softened a bit.

Some are disappointed – they were really invested in it. Others are kinda smug about it – they weren’t so sure about it in life, and they were happy to find out their suspicions were correct. Mainly, nobody preaches at me for being a Pagan.

3. But some are disappointed I left their religion

Still, for most of them Christianity was an important part of their lives. They’re disappointed I left their religion – their tradition. Religion is more than what you believe – it’s part of your identity. For some, especially some of my more recent ancestors, going to church, reading the Bible, and praying to the Christian God was a big part of who they were in life, and they wish I was continuing in their tradition.

But a few quietly wish they had the option to choose their religion, and they’re glad I did.

4. They don’t want to be a part of a Pagan ritual

They’re all happy to be on my shrine to them. They’re happy I talk to them – we’re family. But they – or at least, the more recent and more vocal ones – don’t want to be on the ancestors altar at the CUUPS Samhain ritual. They understand that when I invoke my ancestors at a ritual I’m speaking generically. They’re not offended, but they don’t show up.

5. They don’t want offerings of whiskey or beer

Alcoholism runs in my family on both sides, and they associate whiskey and beer with problem drinking. No one has said anything specific, but I suspect it brings up bad memories for some.

6. Pouring good wine on the ground is a waste

My ancestors were not rich people. Many of them struggled to get by. To them, pouring wine or other offerings on the ground is a waste, and waste is a terrible sin.

My usual practice is to place the offering on my ancestor shrine with a short prayer. I leave it there for a half hour or so, then I take several slow and deliberate sips or bites. They no longer have bodies, but they can taste it through me.

7. They’re proud I can travel

My family traces our line through James Beckett, who immigrated to North Carolina from County Antrim in what’s now Northern Ireland sometime after the American Revolution. As far as I know, I’m the first person in my direct line to return to Europe.

My American ancestors aren’t particularly sentimental about “the old country” and my European ancestors (especially my more ancient ones) are more concerned with what I do here, where I live. But like the meme I see that says “our daughter prospers … she knows riches we could not have imagined” they’re happy that I can see parts of the world they could only dream about.

8. But they worry about me being extravagant

They know that wealth can disappear in a hurry, especially if you’re careless with it. Sometimes I have to tell them “yes, this is French wine, but it’s inexpensive French wine.” The idea of imported goods being cheap is, well, foreign to them (and it may be foreign to our descendants, but that’s another topic for another time).

My ancestors appreciate the kind of quality that lasts, but they have no use for “showing off.”

9. Have I talked to my mother lately?

If there’s one thing I hear from both sides of my family it’s “have you talked to your mother lately?” Usually the answer is yes, but if it’s not, I can expect to hear about it from them. My mother is 90, and several of my ancestors knew her in life even though they never met me.

I get no indication they’re coming for her any time soon (some of the women on my mother’s side lived to be over 100), but they want her to be happy in her final years. And that means talking to her son on a regular basis.

A celebration of the ordinary

I didn’t compose this post so much as I wrote a list off the top of my head and then filled in a few details. When I read over it, I’m struck by how ordinary it is. No deep metaphysical wisdom. No stories from time immemorial. And no directions to hidden treasure… though I suspect that “not rich” thing has something to do with that.

Hail to you, mighty ancestors! 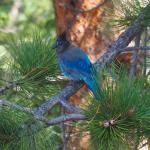 November 4, 2021
Some are Called, Some are Claimed, and Some Delude Themselves
Next Post 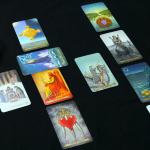 November 9, 2021 When You Rely Too Much on Divination
Recent Comments
0 | Leave a Comment
"That depends entirely on if you're comfortable with it or not. And also the context ..."
John Beckett What Makes Paganism Pagan?
"I so enjoy your writing. You often have a way of putting things in perspective ..."
Mikie and Carl On Turning 60
"Hi John, this is a lovely article and gave me lots to think about! Would ..."
Jay What Makes Paganism Pagan?
"One of the reasons to be a Druid Clan of Dana in the Fellowship of ..."
elffkat Worshipping Gods From Different Pantheons
Browse Our Archives
get the latest updates from
John Beckett
and the Patheos
Pagan
Channel
POPULAR AT PATHEOS Pagan
1