This post started out as my entry in the Twitter war between hustle culture (“you need to be dedicated and disciplined”) and slacker culture (“you need to cut yourself some slack and let things be”). I wrote a long preamble (that’s rarely a good thing) and then realized that all I have to contribute to the debate is this:

Have a vision that’s yours and follow it for the rest of your life.

What good does it do to spend your life chasing money, fitness, and status if what you really want is a nice easy life spent admiring flowers – metaphorically or literally?

What good does it do to spend your life in comfort and ease only to realize in your old age that you really wanted to climb a mountain or sing opera or write a book?

The would-be life coaches say you need a goal. You say you don’t know what you want. I say you can figure out a direction even if you don’t know the destination yet.

Start by finding a direction. 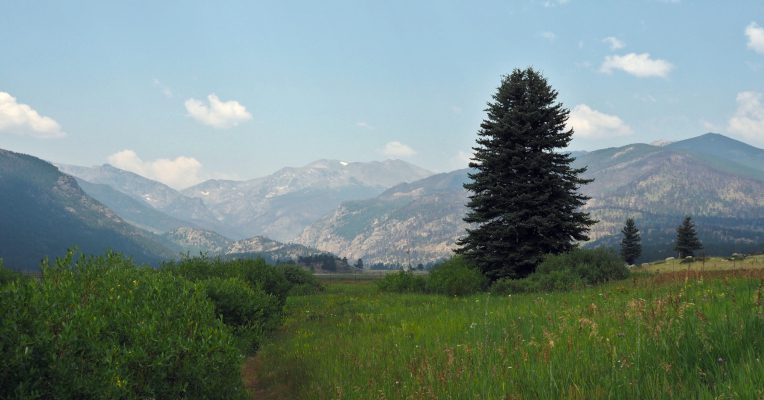 I’ll be honest: there are still times when I think about living in a castle, on an estate, with a garage full of expensive cars and a library full of rare books. Would I like to have these things? Of course I would. Am I interested in doing what it would take to get them? Not in the least.

These are fantasies: dreams and fictions we create when something grabs our interest that’s beyond our apparent means to obtain. Most times they’re a harmless and pleasant diversion from ordinary life. Taken to extremes they can leave us feeling discouraged because we can’t get something we think we need to have.

But there’s intelligence (in the spy sense of the word) in our fantasies. We just have to filter it out.

There’s a meme I see sometimes that says “when most people say they want to be rich, what they really mean is 1) no alarm clock, and 2) the freedom to work on what they want work on.”

What do your fantasies really mean? Are they metaphors for something else? Do you have to have exactly that, or will something more attainable provide 90% of the satisfaction for 10% of the cost?

Most importantly, how can you begin moving in that direction right now?

Where are you right now? Where is your current path taking you? If you keep doing what you’ve been doing, where are you going to be in 5 years, 10 years, 20 years? Does that look good to you?

If so, great – just keep doing what you’ve been doing. But if you don’t like where you’re going, the time to change direction is now.

Divination can be very helpful here. Divination doesn’t show you what must be, it shows you what will be. It’s turning on your headlights so you can see where you’re going. This isn’t the place for quick readings. It’s the place for long, detailed, multi-card spreads.

It’s so easy to get caught up in day to day activities that we forget to see where we’re going. Then all of a sudden you realize you don’t particularly like where you are. Changing directions is a lot easier at 20 than at 40. It’s easier at 40 than at 60. And difficult though it is, it’s better to change at 60 than to continue going down a path that isn’t taking you where you want to go.

Where are you headed? Does that look good to you or not?

And if not, where would you rather go instead? 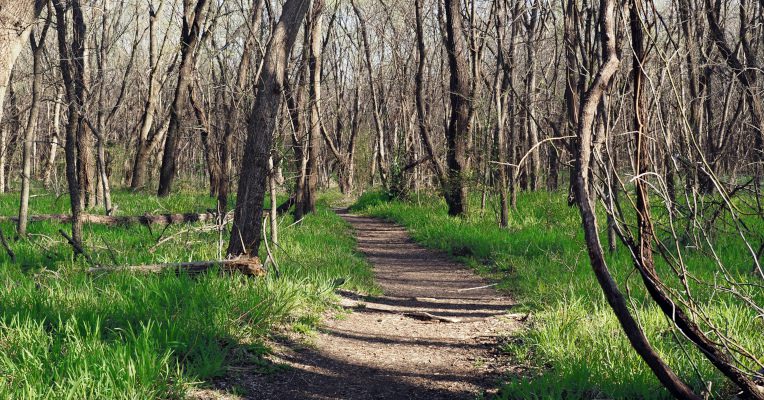 You’ve got the intelligence you filtered out of your fantasies. You have some idea of where you’d like to be, even if it’s more vague than you’d prefer. You’ve got your projection of the present – you know where you’re going to end up if you keep doing what you’ve been doing. Use this to find a vision.

Maybe this is just a direction: toward this or away from that. Maybe it’s a vague image. For most of my childhood, my vision was a modest but nice house paid for by a job that was interesting without being overwhelming – and away from doing farm work for my father. That was good enough to get started.

When I got there I found it wasn’t enough. But at least I had a good foundation for doing the spiritual work I would discover later in life.

Let’s be honest: the more money you have and the healthier you are, the easier it is to get things done. If you have money or health or both, use them. If you don’t, figure out what you do have.

Extraordinary intelligence often creates as many problems as it solves, but if you have it, use it to your advantage.

Too many people get so caught up in what they don’t have that they ignore what they do have. Not in some spiritual bypassing “other people have it worse” sense but in the sense of forgetting that there are tools in your toolbox that you can use.

And for some of us – probably most people reading this post – those tools include magic. Never forget that’s one of your resources. 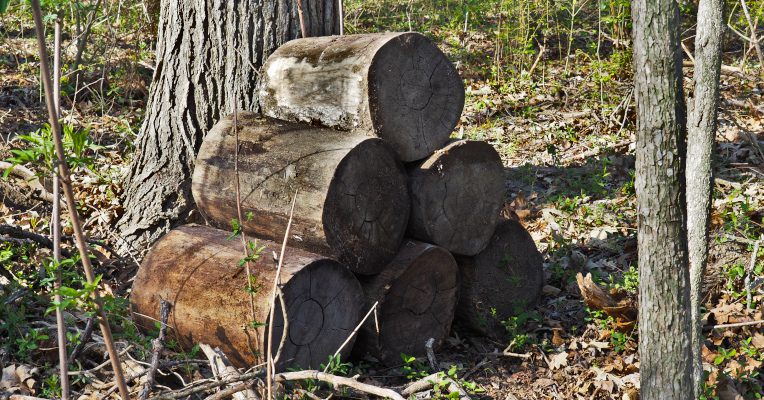 I like plans. I like long, detailed plans with timelines, milestones, and built-in contingencies. When I can get to that level of detail, things usually go well. But if they can’t, we can still make plans.

If all you know is the direction you want to go, what’s the first step? What can you do today, tomorrow, next week? What’s the next big step and what do you need to do now to get ready for it?

I have a friend who’s constantly making plans. But when it comes time to start putting the plans into action, there’s usually a reason why they can’t. Planning can become a type of fantasy.

Remember the words of General George Patton: “A good plan, violently executed now, is better than a perfect plan next week.” Another good quote comes from Theodore Roosevelt: “Do what you can, with what you’ve got, where you are.”

Make a plan and then do something. 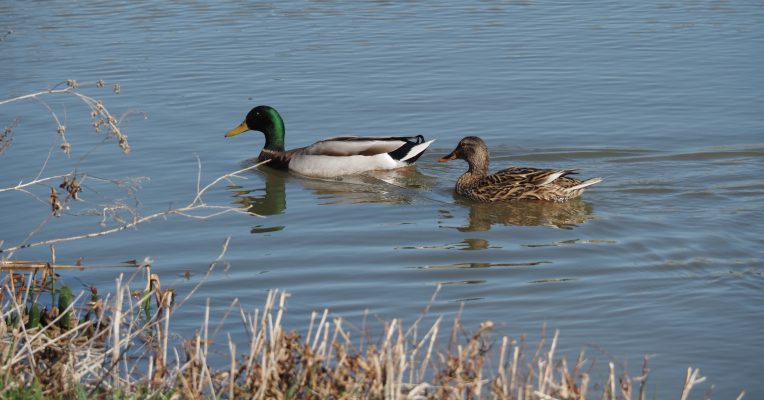 If I hit the lottery tomorrow, I would not go into work the next day, or any other day. For all that my paying job is reasonable in every sense of the term, if I could live the way I want to live without working in the corporate world, I would.

“Enjoying the journey” doesn’t mean never doing anything you don’t want to do. It means finding ways to do what must be done that are reasonable and tolerable, and that allow you to do some of the things you want to do along the way.

Don’t be the football coach who can’t enjoy a win because he’s got to start planning for the next game right away. “No days off” is a recipe for exhaustion and failure.

All work and no play make Jack a dull boy. Or an axe murderer.

Keep moving, but enjoy yourself along the way.

Doing something is better than doing nothing

Every time I write along these lines, someone complains that what I’m recommending is all wrong because it won’t work for them. They have family obligations or a chronic illness or some other disability. I have privilege they don’t and so of course it was easy for me.

Most times they’re telling the truth. Most times they’re illustrating how our society works very well for a few, kinda sorta for most, and not at all for some. Their complaints are a reminder of our obligation to build a society that’s more fair, more just, and more equitable.

But until we can get there, we’re left living in the world as it is.

And I never said it was easy. I said doing it will make things better.

My advice to those in difficult situations is the same as it is to everyone else: have a vision that’s yours and follow it for the rest of your life.

If you can’t get to where you want to go, at least move in that direction. Making things better – even marginally better – is a good thing. 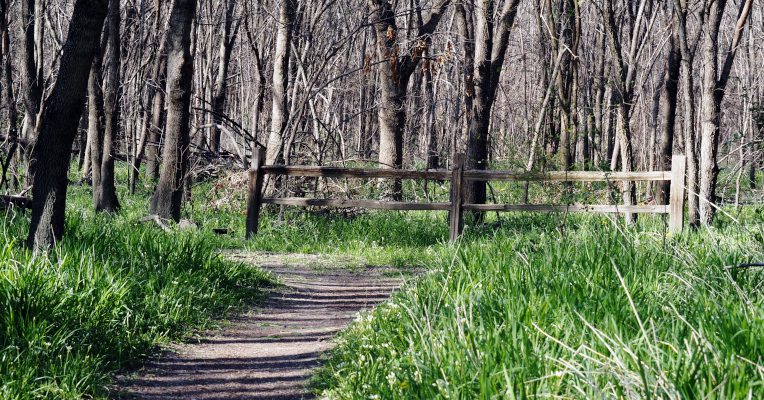 This is how I’ve managed my life, but it took a long time for me to accept it. I thought I was a failure because I wasn’t hustling all the time. I wasn’t hustling all the time because I didn’t really want the things non-stop hustle bring. I wanted a nice house with plenty of books, not a castle with a massive library. I’m much happier putting more time into writing and spiritual practice and less time into my corporate job.

This works for me.

Find what works for you. 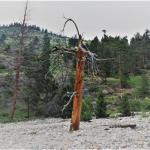 March 24, 2022
On Clownish Senators and States’ Rights
Next Post 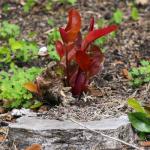 March 31, 2022 What Will Your Next Life Be Like?
Recent Comments
0 | Leave a Comment
"I currently work at a public university in Texas. My family keeps suggesting Baylor as ..."
Jayedynn Religiously Affiliated Colleges Need to Decide ..."
"That is not at all the sort of religious school John is talking about. We ..."
MadGastronomer Religiously Affiliated Colleges Need to Decide ..."
"It may be that the unaddressed contradictions and hypocrisy of things like slavery and racism ..."
kenofken An American’s Thoughts on the Death ..."
"I’m not sure that a Pagan university would have to be tightly tied to religious ..."
kenofken Religiously Affiliated Colleges Need to Decide ..."
Browse Our Archives
Related posts from John Beckett