Consorting with Spirits – Your Guide to Working with Invisible Allies
by Jason Miller
Weiser Books – May 2022
240 pages
Trade paperback: $18.95, Kindle: $9.99, available on Audible.

Jason Miller and I hang out in some of the same circles, but we do different things in different ways. Jason is a sorcerer trained in classical occultism and Tibetan Buddhism. I’m a polytheist priest trained in modern Druidry. Yet when I read his work, most times I finish by saying “yeah, that makes sense.” I think I’ve always known why, but near the end of his new book he spells it out:

And it’s filled with spirits.

On that, Jason and I are in complete agreement. 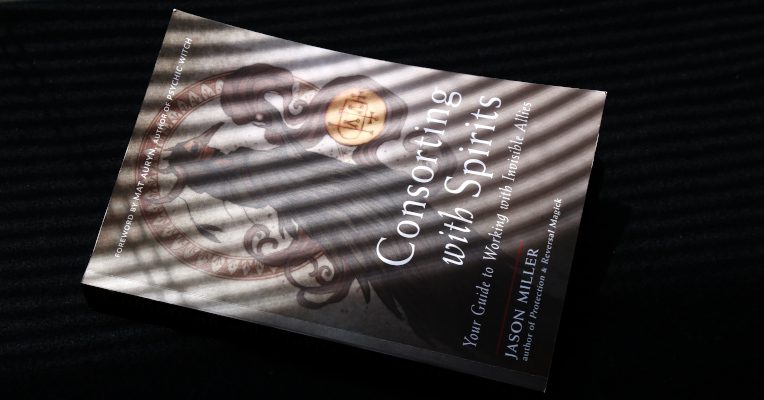 The title Consorting with Spirits comes from a crime you could be charged with in the medieval and early modern times. If found guilty you could be hanged – or worse. And while many of the confessions in such trials were obtained through torture and should be considered unreliable, at least a few were telling the truth. Beyond that, we have books written by people who were doing the work of consorting with spirits. In the Introduction, Jason says:

Spirits were considered so important and powerful that people risked imprisonment and execution to contact them and communicate with them.

Today, grimoires and other books of spirits – translated into English – can be delivered to your doorstep in a matter of hours, with no risk of Inquisitors or Witchfinders showing up afterwards.

And some people think we live in “disenchanted” times. We live in a Golden Age of magic and witchcraft.

If you want the TL;DR summary, Jason provides it on the next-to-last page of the book:

This book is more than just some invocations, spells, and ceremonies to add to your occult collection. Those bits are here, but what I wanted to give you is something that not many other books have done: give solid advice for how to navigate a life filled with spirits.

I don’t do much in the way of traditional conjuring. Almost all of it is presented from a Christian perspective, and I still have deep scars from my fundamentalist Christian childhood. I’m mostly healed now – twenty years of dedicated Pagan practice has many benefits. Still, I’m not really interested in invoking demons in the name of the Father, Son, and Holy Ghost.

So what I like most about Consorting with Spirits is how Jason presents the material from three very different perspectives: the Christian, the Pagan, and the Luciferian. The “magical tech” works with any of them.

That it does work presents an interesting metaphysical question about the nature of the Gods and the Universe. That’s not something covered in this very practical, hands-on book. For now, I’ll just remind everyone not to read anyone’s mythology literally. But if you’ve ever got a free evening and a bottle of wine (or several bottles) this would make for a very interesting conversation. 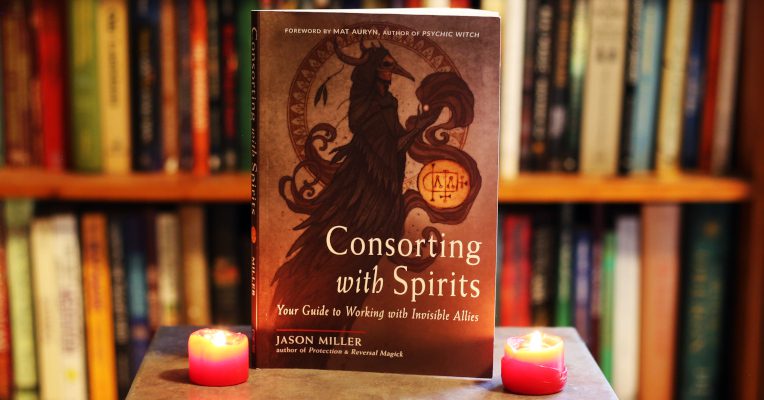 You’re in charge – make sure it stays that way

The book begins by asking “what is a spirit?” The answers it gives are simple enough to be useful without falling into dogmatism. It moves to manifestation – the ways that spirits can present themselves to us so we can interact with them – and then to the skills we need to develop so we can hear, see, and speak with them. Most importantly, it discusses the need for good discernment. Not everything we hear from spirits is accurate, true, and helpful.

That’s a theme that’s repeated several times in the book: don’t give up your sovereignty. Whether you’re talking with Nature spirits, demons, or Gods, it’s still your life and you have to live it the way you see best… because you’re the one who’s going to bear the brunt of the consequences if you go down the wrong path.

I wish I could enable / persuade / compel every person who works with spirits (including embodied human spirts) to read Chapter 4 “Respect and Authority.” Too many people have the idea that to consort with spirits, you have to invoke them, bind them, and threaten them with torture to get them to do anything. That’s another reason why I’ve never done much of this work.

First earn respect. Then exercise authority, with the goal of mutual respect. This won’t work with every spirit in every situation. But it works with many.

In my own work, I’ve seen a few cases where a God forcibly claims someone. But most times, They simply ask. If you say yes, great. If you say no, They move on to someone else.

We can do the same when consorting with spirits. If a particular spirit is being uncooperative, you could get more and more forceful. Or you could move on to another spirit who’s more interested in working with you. It’s not like there’s only a few of them.

For those times when you have to get forceful, Chapter 9 covers “Compelling Conjurations.” It’s a good skill to have in your back pocket. There’s wisdom in the old saying “never call up what you can’t put down” – spirits are persons with their own agency and some of them are not particularly nice. And as Jason points out, some are simply more trouble than they’re worth.

In the Introduction, Jason says “this should not be your first book on magic.” I agree, but you don’t have to wait for years and years before you read it. I would suggest reading it before you start working with any of the grimoires – it will simplify some important concepts. Mainly, it will keep you from thinking you know more than you do because you read one Ye Olde Booke of Magick. None of the classic sorcerers did things exactly the same way – reading Consorting With Spirits will help you figure out what’s essential and what’s personal preference.

But this book isn’t just for beginning demon conjurors. It can also be helpful for those in the polytheist wing of the Big Tent of Paganism. The skills necessary to perceive and interact with spirits are the same whether you’re dealing with local land spirits, angels and demons, or Gods. The warnings about discernment apply to anyone and everyone.

Most importantly, so is the emphasis on practice. If you want to work with spirits – of any variety – it’s not enough to read a book or three. I’m all for being prepared, but as Jason says “prepare less, risk more.” You have to do the work.

And if you do, you’ll get results. Those results may be dramatic or they may be subtle. Subtle results are fine. Seeing a green glowing bird is nice, but what’s better is seeing result after result after result, to the point that it’s easier to just accept that magic is real than to try to rationalize it away.

For those who care about such things, I bought my copy of Consorting with Spirits. I know Jason casually, I respect his work, and he was very helpful to me when I was getting started teaching online classes. But as always, my only obligation in a book review is to you, the reader. If I couldn’t say good things about it, I’d conveniently forget to review it.

I bumped Consorting with Spirits to the top of my to-be-read pile, and I started writing this review as soon as I finished it. If you’re at all interested in spirits and working with them, you’ll find this book quite helpful.

May 18, 2022 Hey Neil deGrasse Tyson: Let People Enjoy Things!
Recent Comments
0 | Leave a Comment
"To quote a common pop culture phrase "Winter is coming" and "Winter is here".We all ..."
Nic Err In-Between Places: A New Story for ..."
""fairies are not nice and kind and sweet. They are not here to be our ..."
Crow Bard (Diane) Like Taking Selfies With an Elk: ..."
"I think the important point about The Tower, and the way it relates to this ..."
Jules Morrison In-Between Places: A New Story for ..."
"I'll point out, as I have been since Thomas's concurring opinion was released, that Loving ..."
Bri We Have Only the Rights the ..."
Browse Our Archives
Related posts from John Beckett 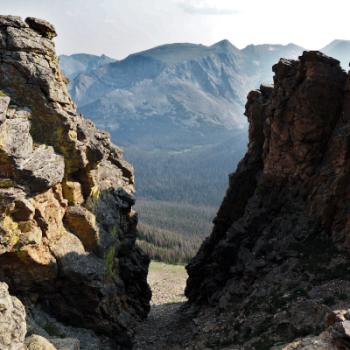