You’re Just Making It Up As You Go

Author and teacher Storm Faerywolf posted something interesting on Twitter last week. In what appears to be a response to a less-than-favorable review, he said:

You say “makes it up as he goes along” like it’s a bad thing.

I *do* often “make things up as I go.” I touch the divine and through myself the magic is made manifest. With spirits whispering in my ear, and my daemon aflame with desire, I step between the worlds and I *create*.

As happens frequently, I can’t properly respond to that in 280 characters. But I’m in general agreement with Storm – making things up as you go is a good and necessary thing, at least in the proper context. 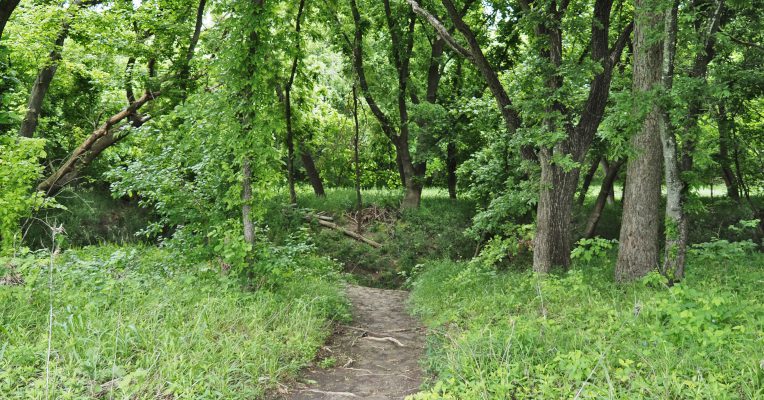 Every tradition has a human-centered origin

Some people – including some Pagans, who should know better – still act like Christian fundamentalists: they think their tradition was handed down intact and fully-formed from the divine. This is simply not true.

Some religions do have a fixed origin: Mormonism, with Joseph Smith as its founder, is a good example. But even those religions draw on something older – Mormonism drew on Christianity (whether Mormonism is part of Christianity, an offshoot of Christianity, or an entirely separate religion is beyond the scope of this blog). Wicca was invented by Gerald Gardner, but he drew on centuries-old ideas about witchcraft, as well as the lineage of Freemasonry and the Golden Dawn.

Indigenous religions don’t even have that. They’re simply the collection of “what we’ve always done” from generation to generation. Hinduism is at least 4000 years old and may be considerably older. Some of the traditions of aboriginal Australians are 50,000 years old.

But at some point, every ritual, every story, every sacred practice was done for the first time. And then it was done again, and again, and again. People decided it was meaningful and helpful and so they kept doing it.

Everything had to be made up or figured out or stumbled into or received from the divine at some point.

Usually, there’s wisdom in a tradition – it worked, so people kept doing it. Better traditions teach and promote helpful virtues and timeless values. We should be cautious about throwing out old traditions, because what we replace them with may not work as well. That’s the core of true conservativism – conserving what works. Which should not be confused with the nationalist, xenophobic, misogynist, homophobic, and generally hate-filled political movement that calls itself conservative today.

Still, older doesn’t always mean better. Morals that were useful and even necessary in an age when humans were few and in danger of extinction are less useful and often harmful in an age where there are almost 8 billion of us with no end in sight.

Modern Paganism arose in part because the desecration of Nature at the beginning of the Industrial Age drove people to seek a connection with Nature. The one masculine God of Christianity failed to speak to many people, who instead sought out many Gods of many genders (or did the many Gods seek us? That question is definitely within the scope of this blog, but not of this particular post).

Religions, spiritualities, magical practices – they have to work for us here and now, whether they’re old or new. 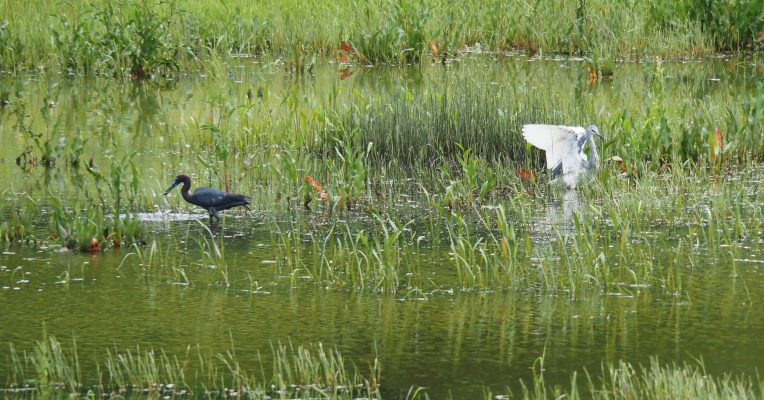 New religions aren’t “made up”

“You’re just making this up” is usually said as an insult. Or as a challenge. It often means the person saying it believes someone else is trying to weave a story beneficial to themselves, whether it’s true (in any and all senses of the term) or not.

But to say that my religion – my ancestral, devotional, ecstatic, oracular, magical, public, Pagan polytheism – is “made up” is simply not true. It’s the product of years of study and practice, of trial and error – lots of errors, followed by trying something else that would hopefully be better. It’s the product of first-hand experiences of Gods, which leave me incapable of denying Their reality and unwilling to ignore Their calls to action.

If I was making it all up I’d make up something a lot easier.

Are some people making it all up, in the bad sense of the phrase? Of course. Some people aren’t honest, with others or with themselves. They’re pretty easy to spot. If what they preach works for them but not for their followers, they’re probably lying about its origins.

But trying something new, finding it works, and then teaching it to others? That’s not “making it all up.” That’s just being a good human.

There’s a place for spiritual improvisation

For all the big picture stuff about helpful traditions and organic religions, if you do this sort of stuff for very long, sooner or later you’re going to be faced with a situation you’ve never seen before.

Hopefully you’re well-grounded in a particular tradition and can draw on its principles. But that’s not the same thing as “turn to page 47 in your Book of Shadows.” You’re presented with a need – your own or from a co-religionist – and how to fill it isn’t at all clear. “Pray, make offerings, and cast spells” is a good place to start, but which prayers? To which deity? What kind of offerings? What kind of spells? Using which method and which ingredients? “Pick any three” is likely to yield less than desirable results.

Storm says “I touch the divine” – that’s not a bad way to put it. Perhaps a God or an ancestor tells you what to do. Perhaps your unconscious mind knows the answer and just needs the right trigger to bring it to the surface. Or perhaps something clicks in your intuition and you’ll never know for sure where it came from – you’ll just know it worked.

As someone who likes order, planning, and precision in rituals, I never ever want to count on spiritual improvisation. But sometimes the unexpected happens and we have to deal with it.

Spiritual improvisation is a good and necessary thing. 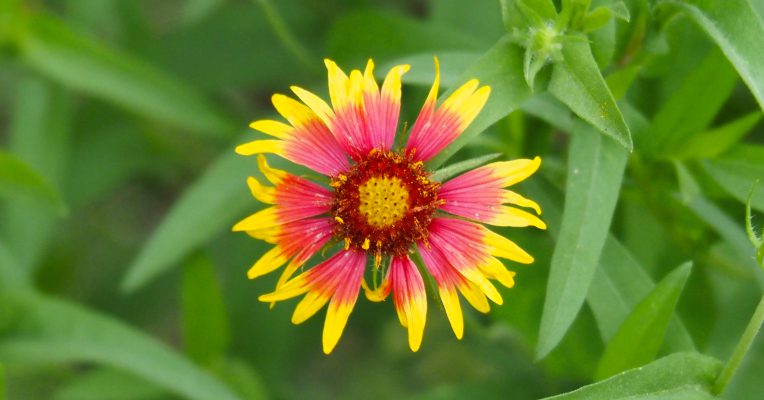 There’s a place for spiritual experimentation

Sometimes “making it all up” is literally true. Sometimes you’ve got to tackle something you’ve never seen before, not in your practice and not in any of your books.

Let’s face it: we lost centuries of spiritual technology when our more recent ancestors converted to Christianity. Even the best scholarship will never recover everything we had, or everything we need. We have to reimagine, reinvent, and re-create it.

And that means we have to experiment.

The scientific method we learned in elementary school works with magic and religion just as well as it works with more objective topics.

Ask a question. Form a hypothesis. Do an experiment. Collect and analyze data. Form a reasonable conclusion.

The data we collect is likely to be less objective and less quantifiable than the data we get from a chemistry experiment. That’s OK. You’re not trying to convince atheists and other skeptics that it’s real. You’re trying to figure out if it works, for you and your community.

If it works, that’s all you need to know.

And if it doesn’t work, then you’ve eliminated one possibility and you can move on to something else.

Instead of doing the same thing over and over again because “that’s what the book says we’re supposed to do.”

I’m glad we’re making it up as we go

How many times have you heard someone say we’re living in “unprecedented times”? The problems these unprecedented times present are getting old, but they show no signs of letting up any time soon. We don’t have to like it, but we do have to deal with it.

Our religious, spiritual, and magical traditions are a foundation. They help us stay grounded and they point us in helpful directions. But they don’t have all the answers.

Sometimes we’re faced with something we’ve never seen before.

Sometimes “what we’ve always done” not only doesn’t work, it makes things worse.

And so we have to make it up as we go.

May your Gods and ancestors guide you, and may your intuition be strong and true. 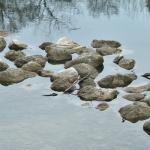 May 15, 2022 Consorting With Spirits
Recent Comments
0 | Leave a Comment
"I like this analogy. We need to develop the MENTAL SKILL of skill-building, which skill ..."
Laurie You’re Just Making It Up As ..."
"Really... Interresting. I write a book with a friend (a fantasy/science fiction novel) and there ..."
Céline Aubé To Everyone Who Was Called by ..."
"Far right extremism is on the upswing worldwide. I was unfortunate enough to meet a ..."
Laurie The Dobbs Leak: A Litany of ..."
"Here is the only thing I could find. Perhaps you already found this page, too, ..."
Laurie The Dobbs Leak: A Litany of ..."
Browse Our Archives
Related posts from John Beckett 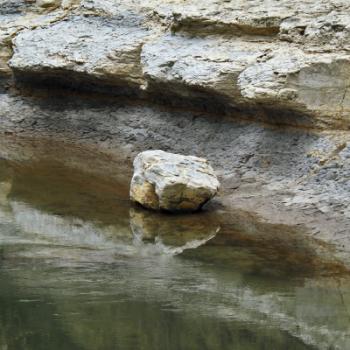