Last week I came across an Instagram post from someone trying to explain “why your manifesting isn’t working.” Now, the word “manifesting” is a red flag for me. It usually indicates someone has bought into the Law of Attraction and believe that “intention is everything.”

Sure enough, the reasons the post listed were a combination of victim blaming and vague New Age spirituality, based on the obviously false idea that “the Universe” exists to give us stuff, if only we’ll claim it or ask for it in the right way.

I ranted about Instagram accounts like this last year. I’ve blocked dozens – maybe hundreds – of them, but they keep popping up.

For all that the reasons this post listed were either false or manipulative, the core question is a fair one. Our magic works some of the time – why doesn’t it work all the time? In my experience – both first-hand and second-hand – there are five main reasons why spells and other magical workings don’t generate the results we want. 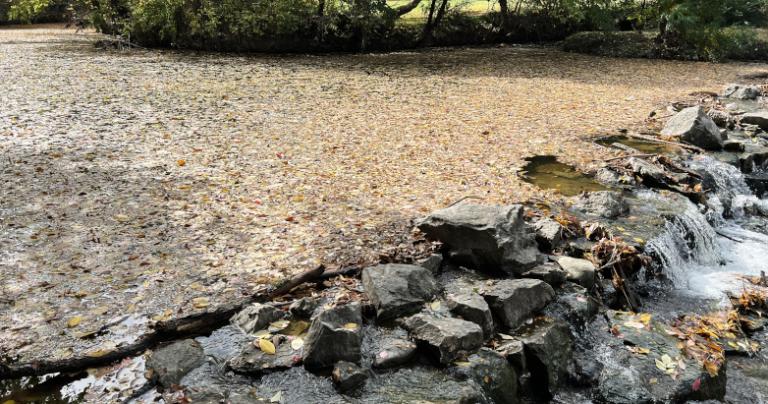 You set a vague target

This is the number one reason why magic doesn’t generate the results we want – we set vague targets. You do a spell for “money” and you find a $20 bill on the sidewalk – but what you needed was $500 to make this month’s rent. Or what you wanted was enough money to live the way you want to live without working a job you hate, but you don’t even know how much that is.

Lots of people do spells for “love” when they really want sex, or approval, or someone to take care of them. Working magic for “justice” sounds good, but what “justice” means to you probably isn’t what it means to someone who voted for the other political party.

What to do instead: set clear and specific targets

I wrote a whole post on this in 2018. The core of it is this: write a target statement that is clear, positive (what you want to have, not what you want to avoid), present-tense (“I have” not “I will have”), and literal. Then figure out what magical (and mundane) operations will bring that to you.

I’ve never seen any statistics, but throughout my 30-year Pagan journey I’ve heard that there are a disproportionate number of information technology people in magic and witchcraft. Skeptics say that people trained in logic wouldn’t bother with magic. I say they try it as often as anyone else, and then their logical and literal way of thinking helps them create better magical goals, so they get better results, so they hang around longer.

Writing a good target statement is the beginning of any effective magical working. 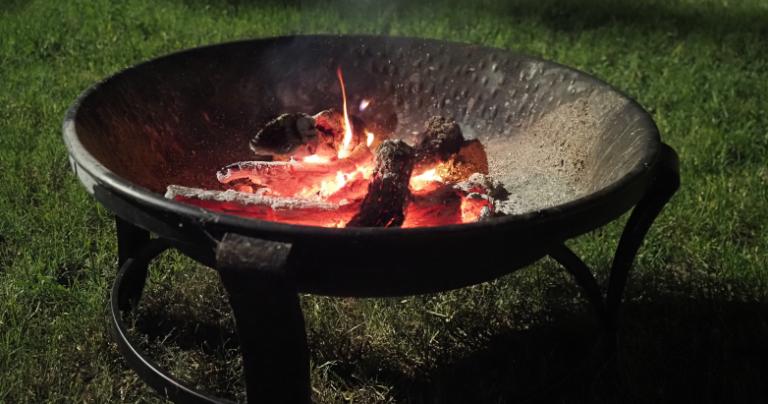 You work magic for something you don’t really want

You’re working magic to get something you think you have to have, because it’s the new cool thing and “everybody” has it. You’re doing spells for a new job when what you really want is a whole different line of work.

And the most common example of this problem: you’re looking for a spell to bring your ex back to you, forgetting that there’s a very good reason why you’re no longer together – usually several good reasons.

Too many of us put our magical and our mundane efforts into bringing us what we think we want, despite the fact it’s not what we really want, much less what we need.

There is no “only for the best” circuit breaker in magic. Sometimes we get exactly what we ask for, despite the fact that if someone else did this to us we’d call it a curse. But magic works through a combinations of spiritual, energetic, and psychological means. When there’s a conflict between your target and what you really and truly want, different parts of your will are pulling in different directions. The result is usually nothing.

What to do instead: know – and accept – thyself

There’s a very good reason why many of the magical orders of the 19th and 20th centuries spent so much time – particularly in the early grades – on self-knowledge and self-development. When you know who and what you are – and who and what you aren’t – then you can begin the process of aligning your will and your actions in one direction.

In my case, knowing who I am and what I want was the easy part. Accepting that it wasn’t becoming a CEO and being rich and powerful was the hard part. But I have been so much happier – and my magic has been so much more effective – since I did.

You didn’t give it time to work

Baking a cake requires obtaining all the necessary ingredients and mixing them together in the proper order, and then putting the mixture in a hot oven for the necessary amount of time. And then letting it cool before icing it. If you keep opening the oven to see how it’s coming, the cake will fall.

Or to pick another metaphor, if you want to grow a crop you have to plant seeds and water them, but then you have to leave them in the ground until the conditions are right for them to germinate. If you keep digging them up to see how they’re doing they’ll die. The same is true with our magical workings.

This isn’t a test of faith – faith has very little to do with whether magic works or not. It’s simply the fact that things take however long they take – and often, we don’t know how long that should be.

I wrote about this in 2017 in the context of a working I thought had failed, but in reality it just hadn’t finished working yet.

Eventually you reach the point where it’s obvious something doesn’t need more time – it’s never going to work. You can always do another working for a similar target. But give things plenty of time before you start deconstructing them.

What to do instead: be open to ways you hadn’t considered

Magic can be fickle – some would say it’s perverse. You get what you want, but it comes to you in a way you could never have imagined. Sometimes it comes with unpleasant strings attached (don’t make deals with the Fair Folk!) but more often it simply comes in a way you aren’t expecting. And so you may not notice it when it gets here – particularly if what you specified in your target isn’t what you thought you were asking for.

Pay attention and learn to recognize good things when they come to you – no matter how they get there. 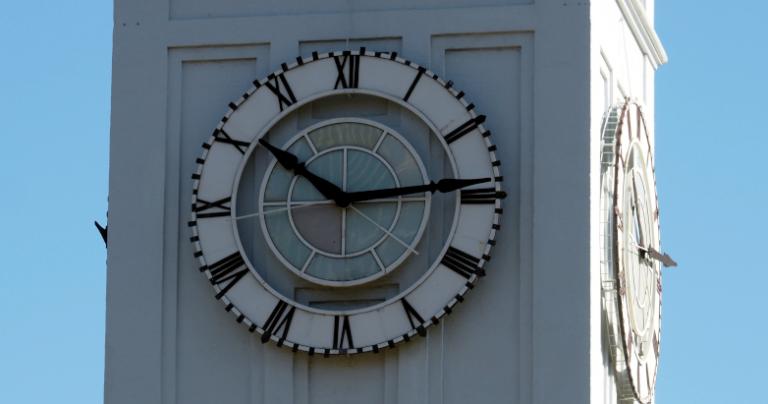 You try to win Powerball

I was going to title this section “you’re not strong enough to do what you want to do” but that implies that some people are strong enough. No matter who does it, lottery-class magic is ineffective magic.

Magic doesn’t work by making things happen. Magic works by improving the odds that things will happen. The odds on winning Powerball are 1 in 292 million. That means if you buy a ticket for every twice-weekly drawing, you should expect to win once every 2.8 million years. Lets say you do an amazing lottery spell and improve your odds by 100x. Congratulations – now you should expect to win once every 28,000 years.

The raw odds are better on things like stopping a tornado, but they’re still very, very long.

No spell will allow you to see inside a deep cave, but a good spell can help you manifest a light. Magic won’t help you walk through walls, but it will help you find a door – or create a door.

What to do instead: make a plan that doesn’t require magic to work, then use magic to improve your odds

I stole that line from Jason Miller and I intend to keep it, because it’s the best approach to magic I’ve found. Creating change – part of the definition of magic – is best done with a combination of magic and mundane effort.

When you make a plan that doesn’t require magic to work, you are unlikely to include “win Powerball” as a step. You’re much more likely to come up with something that is doable – and then you can use magic to make it more likely that your plan will work as designed. 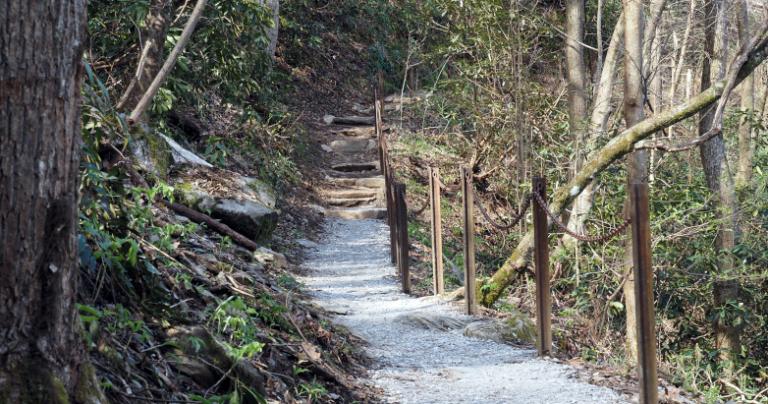 You did the spell wrong

Unlike what the Law of Attraction grifters say, intention isn’t everything. You can have a clear and precise target statement, for something you really want and something that is well within the realm of realistic probabilities, you can give it plenty of time to work, and if you don’t take effective action (mundane or magical or both – preferably both) you’re not going to get the results you want.

Yes, you can do magic wrong. Those who are afraid of magic warn of dire consequences from “dabbling with the occult” but most times, all that happens is that nothing happens. Which is still bad, even if it’s not “a demon moves into your bedroom” bad.

If you’re doing a specific spell, follow the instructions to the letter. That can be difficult if you’re doing a grimoire spell, since some of the ingredients are nearly impossible to obtain – or they’re code for something else.

Mainly, understand what you’re doing. When I taught my Operative Magic class I spent an entire module on magical theory – how it works and why. When you understand how something works, you’re much less likely to overlook an important step.

What to do instead: study, practice, and keep a magical journal

We know from experience – years of personal experience, centuries of collective experience – what works in general terms. What will work for you, here and now, in your own specific circumstances? That’s a lot less certain.

Keep a magical journal. Keep notes of what you do, what you use, when you do it, and how you do it. Review it periodically. Give your spells time to work, but over time note what results you get and what you don’t. Writing things down will help you spot things you’re doing wrong. It will also serve as a record of the things you do right, so you can build on them in the future. 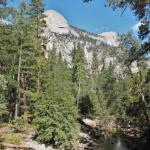 November 22, 2022 Paganism in Space – Beyond “Earth-Centered”
Recent Comments
0 | Leave a Comment
"I used to have an online acquaintance who didn't believe in god(s) because, they claimed ..."
MadGastronomer 9 Ways to Facilitate Spiritual Experiences ..."
"I finally have time to watch it and started yesterday. It has a Riverdale/Sabrina vibe, ..."
Nekoshema Wednesday
"Yes!!! So glad I am not the only one that thinks this!! LOVED this show, ..."
Erin McGuire Wednesday
"Thank you for this. I did not know about "Wednesday" and reactivated my Netflix account ..."
OrderInTheQuartz Wednesday
Browse Our Archives
Related posts from John Beckett