Paganism in Space – Beyond “Earth-Centered”

Over on the Patheos Progressive Christian channel, Keith Giles has a very good piece titled Moving Beyond Earth-Centered Theology. It’s a criticism of Christians whose worldview doesn’t extend beyond the Earth, who insist this planet is special because “the Kingdom of God has to come to earth after Jesus makes all things new.” Here’s a key quote:

As long as we continue to hold on to the primitive notion that our planet is where all of God’s plans must come to fruition, or that what happens on this planet is the only revelation of Christ in the Universe, or that God’s image is merely human, we will miss the bigger picture – literally.

It’s a Christian essay from a Christian perspective, albeit it the kind of Christianity that focuses on following Jesus and not on establishing a theocratic government. But while Pagans and polytheists have different foundational assumptions and thus a different perspective, the core issue it addresses is still relevant to us.

What would encountering sentient life on or from other planets mean for us as Pagans? 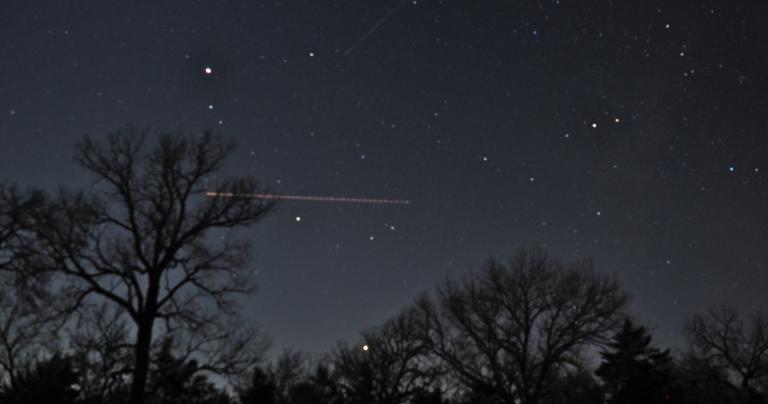 We are the children of the Earth

Carl Sagan was correct when he said “we are made of star stuff.” But more directly, we are the children of the Earth.

We don’t know how life began, but we know that it began once (it’s possible life began earlier, died out, and then began again independently, but there is no indication that it did). Every living thing on Earth is the descendant of that first life. We were not placed on the Earth as some religions teach – we grew out of the Earth. As such, it is good and right that we honor the Earth, not just as the place where we live but as our Mother.

Nature-centered Paganism is about more than just the Earth. It honors the Sun for sustaining life, the Moon for its light at night and for its influences on our world, and the Stars for their wisdom and information. It calls us to form and maintain respectful relationships with all living things, who are not things but persons in their own right.

To call modern Paganism an “Earth-centered religion” is incomplete, but it is still true. The Earth and what happens on the Earth is our greatest concern and should be a major focus of our worship and practice.

Pagans easily switch between the religious and the secular

The problems Keith Giles complains about simply aren’t an issue for most Pagans. We speak plainly about Gods and magic, and then when the conversation turns to science we speak plainly about astronomy and physics. For some, this is an example of what biologist Stephen Jay Gould called non-overlapping magisteria. For others, it’s understanding that “truth” means more than literal, historical truth – something that fundamentalists of all flavors can’t seem to accept.

For me, it’s the humility to accept that there is much we do not know and may never know. Not because we don’t have sufficiently advanced technology but because it’s beyond the capacity of our amazing but finite human brains. It’s also the evidence that animism and not materialism is the best metaphysical foundation for our understanding of the universe.

I believe in Gods and magic because I have experienced them, and because my life is better when I accept the implications of their reality. That materialists insist they cannot exist is a shortcoming of their thinking, a shortcoming I need not copy.

At the same time, when science shows us that something does exist, or that it is highly likely to exist, we have no grounds for dismissing it just because it doesn’t fit into our religious mythology.

And science tells us it is extremely likely we are not the only “intelligent” life in the universe. 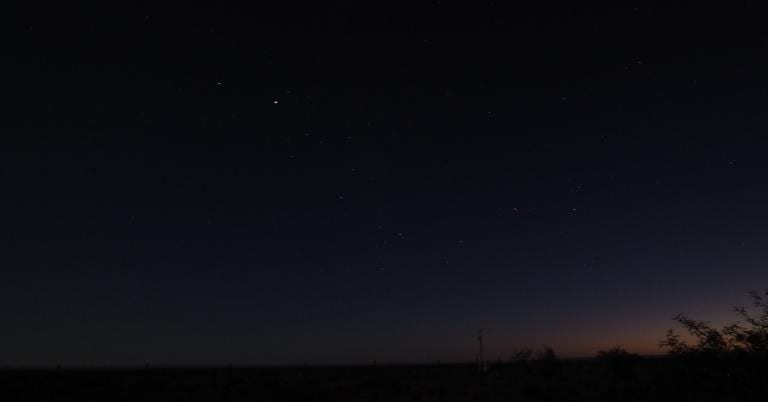 Imagine, if you will, an ancient traveler coming into a new village for the first time. After dealing with introductions and taking care of necessities like “where can I get food?” and “where can I sleep?” the conversation might eventually turn to religion.

“Who are your Gods?”

“How do you experience Them?”

“How do you honor Them?”

Polytheists understand that different Gods call different people to worship and work with Them in different ways. Those other ways aren’t “wrong” or “inferior” – they’re just different.

This is in stark contrast to monotheists who insist that their God is the only God, and their ways are the only “proper” ways.

It’s easy to see this playing out in the future, only with people (who likely will not be hairless apes but who will be people – persons – nonetheless) from another planet instead of from another village.

Are their Gods our Gods with different names, and perhaps with different faces? Or are They beings unique to another planet and/or that planet’s people? I don’t know, but I’d love to have the opportunity to try to figure it out.

But I do know this: humanity already has a million and one Gods. Adding a few more – or a million more – is no problem for polytheists.

There was a time when the Earth did not exist. There will be a time in the future when the Earth once again does not exist. Christian eschatology was developed before any of that was known – that their theology is out of date is their problem, not mine (and one I’m happy Keith Giles is trying to address).

As a Pagan, I approach this question differently.

I believe the essence of who and what we are – the soul, if you like – is immortal. Clearly, our bodies are not. Many of us – both Pagans and others – believe in some form of reincarnation. Our bodies die, our souls go somewhere else for a while, and then they return to this world and inhabit a different body.

But someday, this world will no longer exist – the Earth will be gone.

Does that mean the end of reincarnation? Will we have to take up permanent residence in the Otherworld? What of our Gods: where do Gods of the Earth go when the Earth is no more? 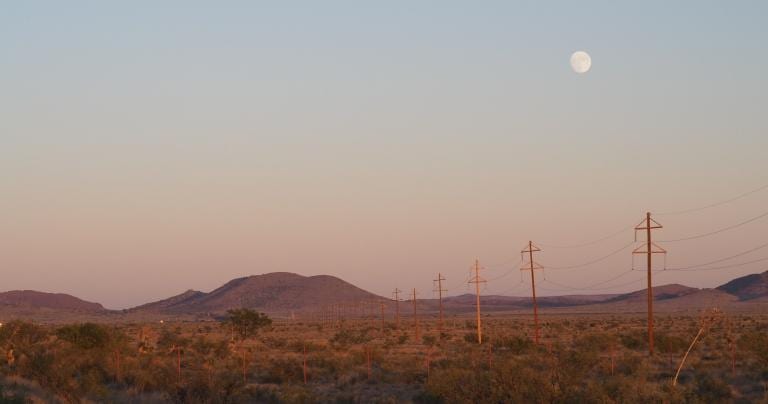 Our metaphysics need to be bigger than the Earth

Many of our modern Pagan religions are focused on reimagining and reconstructing the religions of our Pagan ancestors. This is a good and holy thing. It connects us to our ancestors, and it helps us rediscover and recreate religious and spiritual practices that were meaningful and helpful for centuries before being lost to the domination of Christianity.

At the same time, any good religion has to speak to the needs of the people who practice it where – and when – they are. We are not pre-Roman Celts or pre-Christian Norse or Pharaonic Egyptians. We are 21st century Americans or Norwegians or whatever it is we are. Our beliefs and practices have to be tuned to the world we actually live in.

That’s a world where we understand the Earth is one planet orbiting one star in the corner of one galaxy. The Earth is sacred, but the Earth is not unique.

Our theologies and our metaphysics need to reflect this reality.

But our attention needs to remain on the Earth

At the same time, we remain the Children of the Earth.

And the Earth is in a time of crisis, largely due to human actions.

Technology may someday advance to the point where humans can truly become interstellar, but not on any large scale, at least not anytime soon. That’s OK – we’ve got a few billion years before the Sun turns into a red giant and makes life here impossible. But we are well into the process of making life inhospitable for humans and impossible for many species – species who have as much of a right to not go extinct as we do.

It is no more ethical for Pagans to use the possibility of reincarnation on another planet as an excuse for ignoring environmental desecration as it is for fundamentalist Christians to use their fantasies of a “rapture.” 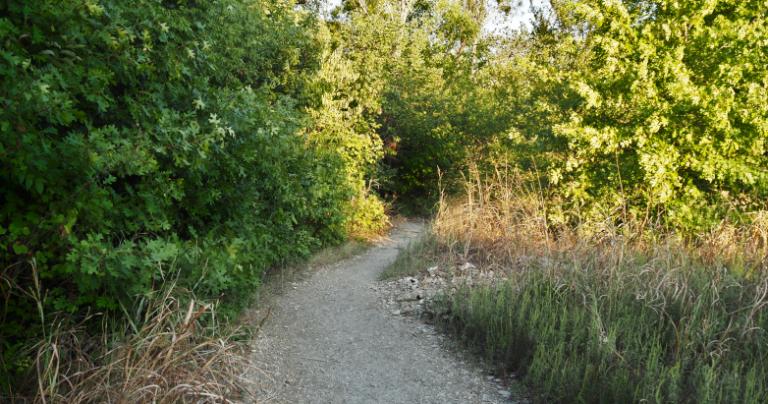 And so I remain a Nature-centered Pagan. I honor the Sun and the Moon and I celebrate the changing seasons of the Earth. I feel closest to my Gods when I’m in wild places, and the energetic practice of grounding works best when I’m actually touching the ground with my feet and my hands. I do my best to align my mundane actions with my beliefs. I can’t fix climate change on my own, but I can do my part to minimize my impact and to prepare to deal with the changes that are coming.

And if someday we positively and unambiguously encounter life from other planets, it will present absolutely no problems to my Paganism.

It will just get a little bigger. 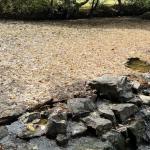 November 20, 2022
The 5 Real Reasons Your Spells Didn't Work
Next Post

November 27, 2022 Do the Gods Care About Everyone?
Recent Comments
0 | Leave a Comment
"I finally have time to watch it and started yesterday. It has a Riverdale/Sabrina vibe, ..."
Nekoshema Wednesday
"Yes!!! So glad I am not the only one that thinks this!! LOVED this show, ..."
Erin McGuire Wednesday
"Thank you for this. I did not know about "Wednesday" and reactivated my Netflix account ..."
OrderInTheQuartz Wednesday
"Glad to hear a review from you. I keep hearing nonsense from people who just ..."
MadGastronomer Wednesday
Browse Our Archives
Related posts from John Beckett