Do the Gods Care About Everyone?

Do the Gods care about people who aren’t devoted to them or those who may not even know that the Gods exist? Why or why not?

I grew up being taught that the Christian God – who was assumed to be the only God – cared about everyone. Except, of course, those who didn’t believe the right things about him – he was perfectly willing to send those people into eternal torment. But that’s another rant for another time.

We should not bring the assumptions of the religion of our childhood into our new religions, at least not without careful examination.

I’ve been a polytheist for many years now, and I’ve done my fair share of theological studies and reflection. My initial response to Mat’s question was simply “yes, the Gods care about everyone.” The more I thought about it, though, the more I realized just how deep the question is.

So let’s explore it in more detail.

The Gods are many, not one

The core principle of polytheism is that there are many Gods. Not one God with many faces, but many Gods who are distinct individuals, each with Their own agency and will. So what is true of one God is not necessarily true of all Gods. Further, different Gods have different areas of interest and concern: a Sun God has different priorities than a River God.

David Salisbury left a comment that illustrates the relevance of this point in this discussion:

there are a bunch of cosmic, primordial Gods that are so far removed from humans, and Earth itself, that we’re not even a twinkle in their eye and even calling on them is typically futile and meaningless.

I would say that calling on these distant Gods is still a good thing (when we worship any God we become a little more like that God), but David is quite right that expecting a response is pointless.

Before we can answer that, we need to explore a different question.

What do we mean by “care about”?

The English word “care” can be both a noun and a verb. Both usages have multiple meanings. In this instance, “care” is a verb that means to “feel concern or interest; attach importance to something.”

That’s a pretty broad definition. Are all the Gods interested in me? I would love to say yes, but I don’t know that I can. What I do know is that some Gods feel concern and interest toward me. Or rather, their actions indicate that they have such feelings – we can never be completely certain about the feelings of another person, whether human or divine or otherwise.

But does Apollo care about me? I’ve never poured the first offering for Him, never called to Him in prayer. I’m not a Hellenist or a Greek-inspired Pagan. Does Apollo even know who I am? I don’t know, and I don’t know how I could know.

But I think He does.

The Gods are always virtuous

Gods are the mightiest of spirits. But it’s not their might that makes them Gods – it’s the fact that They’re always virtuous.

I prefer a plain reading of the stories our ancestors told about the Gods, and a plain reading says that sometimes Gods do things that are anything but virtuous. While I am unwilling to dismiss these concerns as “those are just made-up stories” I also understand that these stories are complicated, with many layers of meaning.

Virtues can also be complicated, as anyone who’s ever tried to be both honest and kind at the same time understands.

The virtue of caring is very complicated.

If we say someone cares about us, we believe they are concerned with our well-being – they want the best for us. But we may go further and expect that they want for us what we want for ourselves. Situations of parents and children aside (we assume parents know what’s best for their children, although experience says they often do not), people know what they need better than others do. If you want to help someone, do what they ask you to do and not what you think you should do.

But Gods have knowledge and wisdom humans do not.

So a God may care about us, wish us nothing but the best, and still want something for us that we would not want for ourselves.

And the Gods are concerned about more than just us.

Everyone means everyone, not just humans

Some religions teach that humans alone are worthy of dignity and respect. Pagans understand that we are part of Nature. Not the head and not the center, but one part among many. Our Gods are Gods of Nature – all of Nature. If They care about us – and I’m convinced They do – They also care about every other species on Earth.

A detailed exploration of that question is beyond the scope of this post. What’s important here is to understand that a God or many Gods or all the Gods may care deeply about you and still do things to your detriment, because there are other persons about whom They are also deeply concerned.

So although I cannot prove it – to my satisfaction, much less to the satisfaction of someone who’s skeptical – I believe all the Gods care about all of us. But many times that care manifests itself in ways that are difficult for us to recognize. 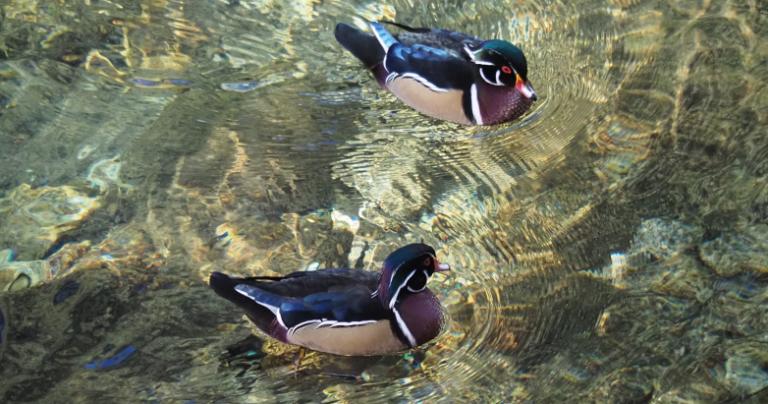 While I’ve addressed this question in general terms, I think it’s worthwhile to look at it in a more specific context. Mat asked “do the Gods care about people who aren’t devoted to them?”

Do the Gods care about everyone, or do They only care about “their people”?

I’ve made the case that They do care about everyone, because that’s part of being a God. But when we go deeper into the definition of “care” it becomes clear that at the least They pay more attention to some people than to others.

Religion is about relationships: people have Gods and Gods have people. If you have a need, the God to call on is the God you have a relationship with, not the God of this feature or that function.

This is particularly true when you’re asking Big Questions about the meaning of life and what to do with yours. When we worship a God, we become more like Them – we take on some of Their qualities. Over time we become more and more filled with Their virtues, and thus we are better able to embody and promote those virtues in the ordinary world.

I have mixed feelings about the saying “we are the hands of the Gods.” The Gods have agency in this world – They can accomplish what They want on Their own. But many times They choose us to accomplish Their goals. Being part of that divine work is an honor that is filled with meaning. That’s something that someone who isn’t devoted to a God simply can’t have.

The opportunity for relationship is always there

Whether or not Apollo cares about me – or even loves me – is an interesting question to contemplate over a glass of wine (or at this moment, over a glass of iced tea). But what’s important here is that if you want to experience divine caring (and recognize it for what it is) then you need to form and maintain a relationship with a deity.

Pray, meditate, make offerings. Read Their ancient lore, where it exists. Read the experiences of Their contemporary followers. Let all that inform your life, so that you embody Their virtues and help spread them in the ordinary world. No calls are required – just a commitment.

And then you won’t be wondering if a God cares about you – because you’ll know.