Single Women: Do Not Try To Change Him

Single Women: Do Not Try To Change Him November 7, 2007 John Shore 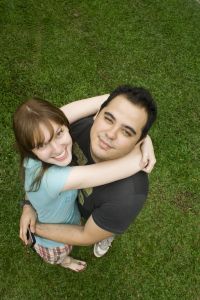 A bit more on the general subject touched upon with yesterday’s, “Stop Wasting Time Looking for Mr. Right.”

If you’re a single woman, a good thing to understand about any man with whom you’re thinking about getting more deeply involved or even married is that men don’t change. They are who they are. Love and accept the man you’re interested in as he is, or move on.

If your potential life-mate possesses a quality that you don’t like—a habit, personality quirk, major behavior tendency, political philosophy, whatever—then you need to ask yourself whether you can live with that quality, or not. If not, then move on to bachelor number two; bachelor number one isn’t your guy.

When it comes to figuring out if you can live with your man’s problematic quality, ask yourself this: Does that quality offend your values, or your taste? If stuff he does, says, or thinks run contrary to your values, then that’s a serious issue. But if what he offends is your taste—if in effect he simply does things differently than you’d prefer him to—then probably not so much.

Let’s say you love a man who is a motorcycle enthusiast. You’d rather he didn’t ride a motorcycle, because it’s dangerous. But is riding a motorcycle a values issue, or a style issue? Though a case can be made for it being a values issue (since for the sake of our loved ones we should all remain as safe as possible), it’s primarily a matter of style, insofar as knowing that a person drives a motorcycle tells you nothing about that person’s character; it’s something they do, and no indicator at all of who they are. So as a problem, you’re going to have to let go the fact that your man drives a motorcycle—or you should at least be a lot more willing to let that go, to accept that quality of his. Because the bottom line is that he does ride a motorcycle. That’s who he is. There isn’t a different man inside of him who doesn’t ride a motorcycle, a man that you can somehow get to replace the man you know. Though it may sound harsh, that your man rides a motorcycle is your problem, not his.

You can’t change that about him. Your choice is to either leave him over the fact that he rides a motorcycle, or embrace it as part of what makes you love him so.

The choice you don’t want to make is to try to change whatever problem you have with your man into his problem, by complaining about it, or trying to make him feel guilty about it, or (even) crying about it. Sure, at the time you do those things, a guy may respond to the emotionality of the moment by saying (and perhaps even believing) that he will change. But he won’t. Because once the drama has cleared, the truth of who he really is will begin to reassert itself, and he will begin to think that you don’t actually have a right to tell him who or how he should be. And as sure as one day follows the next, he’s then going to start resenting you for trying to make your own will his own.

And as likely as not, he’ll then start lying to you. He’ll start sneaking doing whatever it is he does that you don’t like. And then you’ll “catch” him doing that thing.

And there you’ll be, stuck in that nasty little loop in which so many couples do get stuck, where the woman’s either constantly nagging at her man to stop doing something he keeps doing anyway, or is deeply upset at discovering that her man’s been lying to her about something he’s been doing all along that he’s not “supposed” to be doing at all.

Avoid that trap forever, going in, by realizing that you’re supposed to love your partner for who they are, not for who you want them to become.

The thing is, persisting in trying to change your man is guaranteed to transmogrify you something much more akin to his mother than his wife. And then he will turn into a bastardized version of your son. Tell your man he needs to eat more vegetables, and as sure as the day is long he’ll start sneaking pizza.

Life’s too short. You want a man, not a boy. Successful relationships are built on mutual respect, not the kind of co-dependent, mutually dysfunctional craziness that necessarily develops whenever one person in a relationship is convinced that they know what’s best for the other.

Be prepared to take and love him as he is, or move on to someone you can. 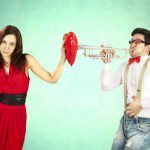