My Friend the Adulterer 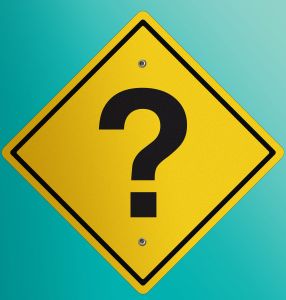 With When Should Christians Start Pointing Fingers?, I proposed some moral guidelines that pretty much anyone could agree to.

People are stupid; defend the innocent.

Anyway, as we all know, life can get pretty fuzzy in the area of applied (much less intrusive) morality. Whenever I think of how difficult it can sometimes be to tell when, or to what extent, you should become involved with trying to influence the moral decisions of another, I recall an incident from my own life.

I had a friend at work: let’s call him Dick. Dick was a definitely an alpha-male: very good-looking, fit, extremely smart, way funny. He and I were true friends; for at least a year we went to lunch together almost every day. At work we spent so much time goofing around together it was all I could do not to feel bad about getting my paycheck.

Dick had been married eight years. He and his wife had a one-year-old son. I’d never met his wife, but had a picture of her on his desk. She was ridiculously pretty.

One day Dick said to me, “Hey, there’s a band coming to town I really want to see. Wanna go? It’s this Saturday night.”

“But we’ve never hung out outside of work,” I said. “I think the shock might prove too much for you. For instance, in regular life I only wear swim trunks, tap shoes, and a bow-tie. Is that going to be a problem for you?”

Anyway, he swung by my house late that Saturday afternoon.

“Well, don’t you two look handsome?” my wife said to us, as Dick and I stood side by side, grinning like Frick and Frack Find Hawaiian Shirts.

But she was right. We did look handsome. Especially me.

So Dick and I go to this little club out by the beach to hear this band.

By about 10:30 the band had been playing in the loud, packed club for maybe forty-five minutes. Dick leans into me, and says/screams at the top of his voice, “Check her out.” He nodded toward the dance floor before the stage. It was clear he meant the beautiful girl with a thin, knee-high dress who was barely pretending to dance with her girlfriend whilst overtly giving Dick the ol’ goo-goo eyes.

“Excuse me,” I said/screamed. “Your hormonal cloud is blocking my view of the stage. Knock it off.”

“[Bad word] that,” said Dick. He turned away from the stage, blocking himself from view of Dancefloor Minxy. Then he slid his wedding band off his finger. He looked at me.

“Whoa. Are you serious?” said my face.

Dick dropped his ring into his pants pocket. “I want this,” he said. He looked pretty crazed. “I’m going for it.” And with that he took off for the dance floor, heading straight for the girl, who, alone now, was facing and waiting for him, swinging her hips in a way that made it clear she was free of any major back problems.

They immediately started dancing together in a manner that would make Hugh Hefner blush. I didn’t know if I should run out on the dance floor and break them up, or what. Sure, it would take a crowbar. But what was my moral responsibility here?

About one song into their mating dance, Dick returned to me, his arm around the girl’s waist. “I’m taking her out to the beach,” he said. “If I’m not back by the time the club closes, I’ll meet you at the car.”

Before I could say, “But wait! You’re married!” the two of them were off into the night that was crowded right outside, but wouldn’t be on the beach.

Suddenly alone, I looked down into my beer. No answers there.

I considered the situation.

A. They were already gone.

B. Dick was an adult.

C. I liked Dick. He was a friend. I respected him. I was loyal to him.

D. Dick was an adult.

E. They were already gone.

They should make a beer that, when you shake it a little, has one of those things, like the Magic 8 Ball, that floats to the surface with an answer on it.

No. Yes. Maybe. Outlook good. You should stop your married friend from having sex on the beach with a girl he just picked up in a club. Ask again later.

I think a product like that would really sell.

About half a song later, I had a sharp epiphany. A real friend stops his friend from doing something bad. Having an affair is bad. Ergo, my way was clear.

I bolted from the club. Well: I walked with a distinct sense of purpose. But once outside, I actually ran the half-block to the beach.

Have you ever walked around a beach at night looking for a couple having sex? If you haven’t, try to avoid it. It’s … unnatural.

I couldn’t find them. It was too dark. The beach was … well, coast-line size. Plus really wide. And loud, what with all the ocean being right there and all.

Still, it was odd not finding them. I really looked. I was running around out there like Gilligan with an urgent message for the Skipper. At one point, I wondered if they were doing it out in the water. Then I pictured Jacques Cousteau bumping into them, with his scuba gear on. Then I ran around on the beach some more looking for them.

You can’t stop what you can’t find.

I went back to the club. I couldn’t enjoy the music, though. (Not that I had been: I could put together a better band with four grandmas and a tuba). So I sat on a cement bench on the sidewalk outside a sandwich place.

The crowd began to thin as the clubs and businesses closed down.

Eventually Dick arrived back at my car.

Well, I hear my wife getting up for the morning, so I’m going to stop writing this, and have a cup of coffee with her before we start our day. During our drive home that night Dick and I talked—but not in any substantive way about what had happened. Within a month we weren’t really friends anymore. I still wanted to be friends with him, but after that night he never wanted to hang out with me too much. I understood.

November 18, 2010
Why You Want a Big Book Publisher to Reject Your Book
Next Post 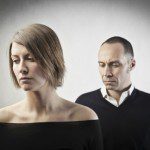 November 22, 2010 10 Steps to Winning Back Your Estranged Wife
Recent Comments
89 Comments | Leave a Comment
"Y'all are nuts and I'm a Christian! Call evil out and yall are evil. Monte ..."
Lesa Jackson How I Blog (and Why I’m ..."
"abusers are master manipulators."
Brandon Roberts That lovable man who abuses you
"Triggered? No. Confused?... Yes. At the amount of assumptions you seem to be making stemming ..."
Isaac A Christianity to make Satan proud
"Can I elaborate? Absolutely. I could write books and books on the subject. However, I ..."
Liora Hess A Christianity to make Satan proud
Browse Our Archives
get the latest from
John Shore
Sign up for our newsletter
POPULAR AT PATHEOS Progressive Christian
1