[Here’s a short Christmas story that I wrote because . . . well, it’s Christmas! Here’s wishing you the happiest of holiday seasons.]

Lisa told herself that lots of women are lesbians. She was walking for the first time up the steps to the apartment where her daughter Jane now lived. With her girlfriend.

Ellen’s a lesbian. Lisa loved Ellen’s show. She watched it all the time.

And Jane had begged her to come to this Christmas party hosted by her and her girlfriend, whose name Lisa could never seem to remember.

Jane had said to her, “Mom, you have to come. I want you meet Carol, see our place, meet some of our friends. It’s Christmas!”

So yes, yes of course Lisa had said she’d come. Because she must; she wanted to. Because she knew that finally she must not care — she could not care — that Jane was a girl who likes girls the way women usually like men.

She was still her daughter. Whom she loved. Whom she couldn’t not love.

Whom she liked, even, which seemed like the most marvelous of gifts.

Her Jane was an admirable, infectiously good-natured person.

She was gay, that’s all. Not defective. Not broken.

Lisa nervously ran her hands over the front of her red and white holiday reindeer sweater.

From the other side of the door she could hear the party going on. Christmas music playing. People were laughing.

She thought of turning and running back down the stairs. She felt too old, too overweight, too conventional in her thinking to be there.

She wasn’t “fluid” about her sexuality, or about much of anything else.

She took a deep breath, held it for a moment, and knocked.

Upon opening the door Jane cried, “Mom! How great! Come in, come in!”

“Hi, honey,” said Lisa, giving her daughter a little hug before stepping into a world that to her eyes was nothing but new. New apartment. New people. New furniture and rugs and books and pictures. New daughter, really.

She hadn’t been in the room for a minute before Jane came running back up to her. “Mom, this is Carol.”

As she looked at her daughter, Lisa for a moment saw herself, back when she had first introduced Jane’s father to her own mother. She knew Jane’s fevered excitement, her tip-toed anticipation, her hunger for the approval she didn’t yet realize she could more than live without.

Carol put out her hand, said how happy she was to finally meet her.

After they momentarily shook hands before awkwardly hugging, Lisa realized — and not for the last time that night — that she was too dumbly, and for too long at a time, staring at Carol, this pretty sun around which her daughter’s life now revolved.

This girl who was not just any girl friend of Jane’s, but a girlfriend. The girlfriend, apparently. The one.

The party was a happy, lively gathering, filled with people — a few of them her own age — who lived in what seemed to Lisa an exotic parallel universe, one where everyone lived creatively, fought for causes, wore long scarves and drank tiny coffees — where “Follow your bliss” wasn’t just a bumper sticker, but a way to structure your life.

Lisa’s tidiness — her conventionality, her conservatism — was like a blanket she had always used to wrap around herself to keep safe. She had tried to protect her daughter with that same blanket. Jane was raised to be neat, organized, polite, punctual. Safe.

“Everyone to the dining table!” called Carol. “Dinner is served!”

Lisa never felt more jerked out of her own life than when she saw Jane and Carol kissing. It happened when the two of them were in their kitchen, busily preparing to bring the meal out. From the seat she’d taken at the set table, Lisa saw them reflected in the glass door of an open kitchen cabinet.

She saw them kiss.

Her stomach jumped. She looked away. She felt like she’d somehow completely disappeared.

But within a quick moment she identified the feeling that had swarmed over her.

Fear. It was fear.

She looked down at the table.

In her mind’s eye she watched the kiss again.

It was, she saw — and she knew it, even as it was happening — that her daughter and Carol were in love.

Their little shared moment of intimacy was exactly what love looks like. It was how love acts, what loves does.

“Who wants yams?” called Jane, coming out of the kitchen, wearing stove mittens and carrying a casserole dish.

Lisa thought how it was just like she herself had done countless times in the past, at countless different gatherings in her own home. The yams had probably been made with her recipe. Jane loved her mother’s yams.

Throughout the bounteous meal everyone talked and laughed and drank wine and complimented the food. Lisa tried her best to join in, to smile, to relax.

After the meal, when everyone was sitting in the living room around the glittering Christmas tree, Santa Claus himself burst in through the front door — replete with a luxurious red suit, a big white beard, white gloves and all.

As Santa made his cheery way about the room, asking everyone what they wanted him to bring them this year, Jane came and sat on the couch beside Lisa. “That’s Jeremy. He’s one of the artists who shows at the gallery where Carol works. His paintings are amazing. She rose back off the couch. “I’m gonna go get my camera. Be right back!”

Lisa could see that Santa would soon be coming over to her, asking her what she wanted for Christmas. She didn’t want him to, didn’t want so much attention. But it was going to happen; this was a big, gregarious, talk-to-everyone kind of Santa.

Lisa anxiously tried to think of what she should say she wanted for Christmas. Nothing came to her mind.

And then, sure enough, Santa had plopped right down beside her on the couch.

“You have been a very good girl this year, Lisa.”

“You certainly have! And that’s why you’ve already gotten your Christmas gift for this year.”

“Of course you have!”

Santa glanced about over the rim of his little golden round glasses, as if making sure no one would overhear him. Then he slowly leaned his head in toward Lisa, until his nose was nearly touching hers.

He whispered, “The knowledge that your daughter is happy.”

And with that, he pulled back to his former posture. But he kept his gleaming eyes locked onto Lisa’s.

Lisa didn’t look away from his gaze. She couldn’t. She didn’t want to.

And then she could barely make him out through the tears that filled her eyes.

Now it was she who leaned into him. He opened his arms to embrace her.

Lisa buried her face in his long white hair and beard, in the soft fur of his hat, hugging him as hard as she’d ever hugged anyone in her life. 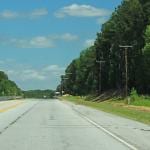 A spy in the house of...
slacktivist
Books by This Author Books by John Shore 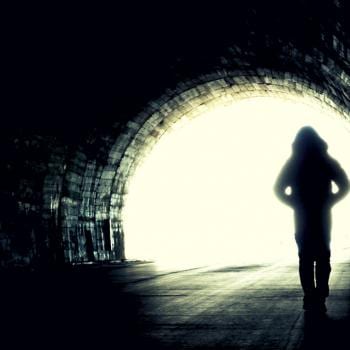 Progressive Christian
You Will See That I Have Left
John Shore 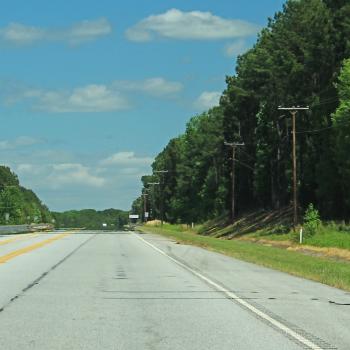