Seeing is Believing: Imagining Heathcare for All

Seeing is Believing: Imagining Heathcare for All July 7, 2012 Jonathan Wilson-Hartgrove 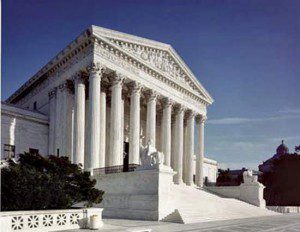 When the Supreme Court ruled last week to uphold legislation that will ensure health care for all Americans, a friend posted on Facebook that she was “grateful on behalf of my mom, who might have survived her cancer if she hadn’t put off going to the doctor because she was afraid that more doctor bills would push our family into homelessness.” When you put it in those terms, it’s hard to be against universal health care. But for so many of us who are caught up in the current system and its realities, it’s hard to even imagine the possibility of something else. We’re paralyzed by fear.

We need stories that help us imagine a new world right here in the midst of the old.

About twenty-five years ago, the pastor of a relatively poor congregation had an accident and racked up a huge medical bill in the hospital. Without health insurance, he lay in bed praying about how his family would survive the mounting debt. Meanwhile, his church got together, negotiated the bill with the hospital, and pooled money from its members to pay off the bill. The pastor was so overjoyed with relief that he said, “If you can do this for me, we ought to be able to do this for anyone of us who isn’t insured.” So that church started a little health care co-op. They didn’t have a whole lot of money, but they wanted to be faithful to one another and use what they had to make sure no one was crushed by medical bills.

When my family joined this same co-op a few years ago, there were over 25,000 members. Every month we get a newsletter that tells us how millions of dollars are being shared around the country to meet the needs of brothers and sisters who are sick with cancer or having babies or recovering from a car wreck. Of course, there’s no way we could know all those people. But our common conviction that we should bear one another’s burdens as members of the body of Christ has made economic friendship possible through this health care co-op. Because tens of thousands of people have tried to be faithful in little ways, a real alternative to health insurance is available for a family like mine.

This real alternative was not the result of a grand strategy to reform our nation’s broken health care system. It was the fruit of a community trying to be faithful to Jesus. It started with a pastor praying in his hospital bed and some regular church folks talking about how they could share their money. Economic friendship like this may be the best witness we have to offer our neighbors in a country where over forty million people are uninsured. Americans have heard a lot of ideas in recent years about how to reform our health care system. In the meantime, though, everyone is hungry for some good news they can see when their kids get sick or their momma is dying. I have a feeling that the best wisdom the church has to offer when it comes to health care reform is what we’re learning as we try to practice the tactic of economic friendship through associations like the Christian Healthcare Ministries.

Our preferential option for the wisdom of the weak doesn’t excuse us from addressing the huge systemic injustices that exist in our world today. Anyone who spends time with the poor knows that governmental policy and corporate practices have a huge impact on the day to day lives of folks who struggle to make ends meet. We can never just sit back and be silent when the poor and weak are crushed by these powers.

But when we engage in the practice of economic friendship, we are not fighting for the sake of poor people we do not know. We are, instead, receiving the gift of friendship with poor and rich brothers and sisters in God’s economy. Sharing our money with one another, we join the beloved community that every creature was made to delight in. Maybe we learn the faith that this economy of abundance requires in thousands of small things. But that hardly makes it a little thing. To be faithful in the smallest act of economic friendship is to step into the biggest possible economic alternative—God’s great plan to provide everyone with more than enough.