On Followership: Building Up the Movement I Can’t Lead

Daryl Atkinson isn’t just quoting statistics when he talks about America’s most overlooked domestic crisis–mass incarceration as a result of the War on Drugs. 2.3 million people in prison, nearly 7 million in our criminal justice system. The United States incarcerates a higher percentage of its population than any other nation in the world. Since the early 1980’s, when our War on Drugs was declared, incarceration rates have increased by nearly 800%. The result: 65 million Americans–most of them people of color–have been relegated to a criminal caste that is denied access to employment, federal housing, and financial assistance for education.

Daryl quotes these facts from memory, rapid fire. They are a part of the stump speech he gives dozens of times each week, no doubt. But on this particular Sunday afternoon at the end of April, as we’re sitting before a mass meeting that our local NAACP has called to address “racial profiling,” Daryl says something important. “I’m not here because I know this stuff. I’m here because I spent 40 months in an Alabama state prison on a nonviolent drug crime. I’m here because I’m a victim of America’s War on Drugs. And there’s nothing special about me. I left a thousand intelligent brothers behind the walls.”

We talk for nearly three hours about the problem. Complex as it is, each of us sees it manifested in different ways. This isn’t Bull Conner’s bigotry; it’s not codified in Jim Crow statutes that are overtly racists. It’s hard to get to the bottom of it, hard to know how we as a community might begin to address it.

But Daryl knows something basic to organizing–something that is rooted in his own experience. He looks at the hundred or so people gathered in the room and says, “We can’t lead this movement. We’ve got to support the people who’ve got skin in the game.”

Which is not to say that we can do nothing. In America’s abolitionist movement, white evangelicals told the stories of freed slaves and Quakers opened their homes. Freed black folks gave money and established local groups to protect runaways from bounty hunters under the Fugitive Slave Law. All of this was crucial. But it depended on the leadership of Harriet Tubman and Frederick Douglass. It depended on the awakening of people who had “skin in the game.”

Ella Baker knew this in the 1960’s when she stepped in to support the young people who organized sit-ins across the country in the spring on 1960. They had skin in the game, so Ella Baker knew they would have the will power and the imagination to lead the Freedom Rides of 1961, voter-registration and direct action campaigns, Freedom Summer in 1964, and the Mississippi Freedom Democratic Party. But Baker was determined that these young people not simply get in line behind Martin Luther King, Jr. His leadership was important (she’d helped him start SCLC). But he could not take these young people where they needed to go. In fact, their empowerment was necessary for his own continued growth in the movement.

What the abolitionists and Ella Baker knew, Daryl knows. Deep down, we all do. So we ask, where are our young leaders? 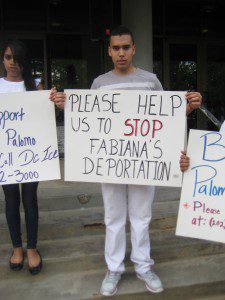 I had the chance to talk with some of them last night. Last Tuesday here in Durham, a youth worker at the Catholic Church was involved in a traffic accident and detained by Immigration and Customs Enforcement officials. She’s being held in a detention center. “She’s like a second mother to me,” one of the youth said.

Some people call Fabiana “illegal.” But these kids know that slur is a lie. Their teacher, their mentor, their friend is not illegal. She is an essential part of their community. And they are determined to get her back.

“Who organized this protest?” I asked the kids. “We did,” they said proudly. Then, in the interest of full disclosure, one of them said, “I mean, we made the signs ourselves. We had some help inviting others to join us.”

Their help, I happen to know, came from a fearless leader of the undocumented community, only some five years their senior. Last year, she infiltrated a detention center in Florida to tell the stories of women detained there. After she organized a hunger strike, along with a co-worker on the men’s side, she was kicked out. “Please, just leave,” a guard was overheard saying on her way out.

We have found our leaders–and there are more yet to be found. To follow them is to support their cause and learn from their tactics. It is to pass along the stories and the wisdom they are living so faithfully.

To learn how you can support Fabiana’s case, click here.

May 6, 2013 "Ilegal": the New "N" Word?
Recent Comments
0 | Leave a Comment
"Official behavior often reminds me of what is supposed to be a wisecrack. “The beatings ..."
John Gills Arrests Resume As Moral Movement Continues
"I didn't know Professor Smith got arrested; I'm still in my hounded-endlessly-until-I-grab-a-baseball-bat phase (much of ..."
Al McMullin Walle Political Science Professor on Why He ..."
"The Greensboro Police Department and rich white people ("neighborhood associations" they call themselves keeping the ..."
Al McMullin Walle Political Science Professor on Why He ..."
"I wish I still lived in Goldsboro so I could join you there. There is ..."
Paula Woodworth A Palm Sunday Invitation to Holy ..."
Browse Our Archives
Follow Us! 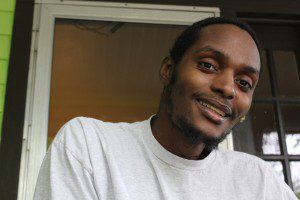 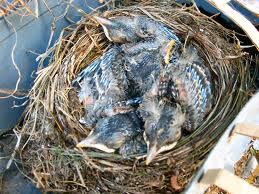