Where Did the Antinomianism in Today’s Christianity Come From?

What is an “antinomian,” a term which appears to have been invented by the 16th century church reformer Martin Luther? According to Merriam-Webster, an antinomian is someone “who holds that under the gospel dispensation of grace the moral law is of no use or obligation because faith alone is necessary to salvation.”

Modern Christianity is full of such antinomians. These days, for example, it is not difficult to find people who identify as evangelical or non-denominational Christians but also think that:

Yeah, yeah, I know. Some of you think I am a total jerk (to say the least – that is being nice!). Being as civil as you can be, you want to respond with something like the following, which was said in a tweet by a couple pastors considered by many to be quite conservative:

Huh. I guess some pastors need continuing education credits, but to whom shall they go?

Let’s be clear: by rejecting God’s law, today’s antinomians do not want to embrace the God, who, through the work of Christ, would once again recreate man in His image. And how did we get to this point? In one sense, the answer is quite simple: we have flat-out rejected God and his Word given to us, the Bible. In short, we really do not find Him—at least as we find Him in that book!—all that impressive or attractive anymore.

If that answer seems overly simplistic to you—or, yes, just something that an asshat like me would say–I urge you to read the paper on the issue that my pastor, Paul Strawn, recently presented at a theological conference.

According to him, it is completely understandable that antinomianism is running wild today. After all, among our elites, not only is the Christian faith unreasonable, but the notion that history itself can be known is unreasonable! He writes that because of “the best of reason accepted today, history cannot truly be known, and the texts of history can only be a record of what was understood to have happened within history…” As such “God working in history through Jesus Christ, and the record of that working, i.e. the Bible, cease to be sources for our knowledge of God”. This means that modern Christian antinomians:

So, unbelief in the Word of God—taking along with it the possibility of knowing human history!—is to blame, with figures like Caspar Schwenkfeld (16th c.), Immanuel Kant (18th c.), Friedrich Schleiermacher (19th c.) and Karl Barth (20th c.) all helping things along.

Some of you who know your church history might be thinking: “This is pure Gnosticism!” Indeed. As the Apostle John warned us years ago:

Dear friends, do not believe every spirit, but test the spirits to see whether they are from God, because many false prophets have gone out into the world. 2This is how you can recognize the Spirit of God: Every spirit that acknowledges that Jesus Christ has come in the flesh is from God, 3but every spirit that does not acknowledge Jesus is not from God. This is the spirit of the antichrist, which you have heard is coming and even now is already in the world. – I John 4:1-3

Today’s Gnostic Antinomians do not need to insist that Jesus has “not come in the flesh” – they simply say it doesn’t really matter whether he did or not. As I pointed out in a recent post on my own blog, even contemporary figures who speak well of the Bible and are largely embraced by “conservatives” in the West are clearly flirting with such Gnosticism.

But again, the roots of this monster, born from a Christian cradle, are ultimately to be found in a lack of faith in God’s word, pure and simple.

A few more quick words about my pastor and this paper of his. As a pastor in the Lutheran Church-Missouri Synod, his paper (here is the link again) gives a very short historical account of how this modern antinomian spirit, present in less overt forms since the days of the Reformation (no Roman Catholics – Luther himself is not to blame here!), has been embraced by many today who claim the Lutheran mantel. You will learn more about:

In short, Strawn speaks of a “gradual, almost imperceptible, adaptation of the usage of the law/gospel distinction” as a “foundational dialectic epistemology” in the LC-MS where there is a “rejection of the law — of God working through creation, even shaping and molding creation[,… this being] a fundamental epistemological assumption”. He even notes that more conservative ELCA folks located the origins of some of their own problems as coming from the LC-MS (i.e. Concordia Theological Seminary in St. Louis and “Seminex” in the 1970s)! Don’t let terminology like “foundational dialectic epistemology” frighten you away. My pastor takes the time to unpack it more in the paper.

Thankfully, a lot of LC-MS Lutherans have not embraced this “hard antinomianism.” At the same time, I have heard another relatively conservative Lutheran pastor tell me that he taught his young children to cover their ears and scream whenever they heard a pastor try to tell them what they should be doing after hearing the message that Jesus had put away their sins.

In that case folks, I guess you might as well close your Bibles as well. Do you think that kind of thinking might just possibly be related to the problems described above?

*For a more nuanced critique of that quote, see here.

May 31, 2017 C.F.W. Walther on the Mystical Union and Pentecost
Recent Comments
0 | Leave a Comment
"Paulson uses VERY bad - and suspect - language in the referenced statements. Even total ..."
Mollie My Problem with Steven Paulson’s Theology
"Since marriage involves the taking of vows, I don't see why marriage to Christ for ..."
Cheryl Butler-Drake Can There Be Protestant Monasticism?
"Hey Jordan,Appreciate this post here brother. In fact I agree with what you say about ..."
Jonty Limited Atonement in Hebrews
"agree with Lee!"
Tom Blair Thoughts on Mercersburg Theology
Browse Our Archives
Related posts from Just and Sinner 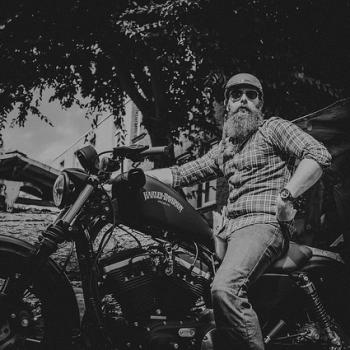 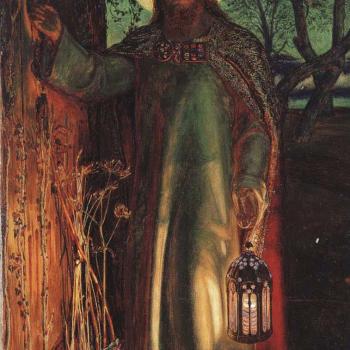 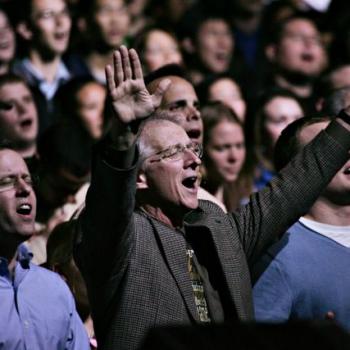