Bad Theology in a Hymn I Really Want to Like

Bad Theology in a Hymn I Really Want to Like June 10, 2015 ericphillips

There’s a medieval hymn by Rabanus Maurus, Veni Creator Spiritus, composed in Latin in the 9th century, which has been translated and set to music in many different ways so as to give us many different modern hymns. I counted 15 different versions of it in the list given for “Rabanus Maurus” on Hymnary.org. In the Lutheran Service Book, it’s given us hymns 498, 499, and 500. Now, 498 and 499 have the same translation, by one Edward Caswell (19th century)—just different music. Hymn 500, though (“Creator Spirit, By Whose Aid”), has a different translation as well as different music. This translation is by the great 17th century poet John Dryden. He has a better pedigree than most hymn translators, obviously. Unfortunately, he also seems to have introduced a subtle Trinitarian heresy when he made his very free translation of the Latin original.*

I’ve sung this hymn before. It has a great tune, and when sung with many voices and a good organ, can really move the [small-s] spirit. Now as I’m selecting hymns for next Sunday, I find that it’s one of the options (there are two options, thankfully) for the “Hymn of the Day.” But a little over a year ago, as I was about to include this hymn in the service for my Ordination, something struck me about the second stanza. Here is how it begins: “O Source of uncreated light / The bearer of God’s gracious might.” Now, this is a hymn addressed to the Holy Spirit, as the title and all the lyrics make plain. But Who is the Uncreated Light? It’s the Son of God:

“[The Son] is the radiance of the glory of God and the exact imprint of his nature, and he upholds the universe by the word of his power” (Heb. 1:3a).

“The true light, which gives light to everyone, was coming into the world” (John 1:9).

“We believe… in One Lord Jesus Christ, the Only-Begotten Son of God, begotten of His Father before all worlds, God of God, Light of Light, Very God of Very God, Begotten, not made, by Whom all things were made” (from the Nicene Creed).

…and if the Son is the Uncreated Light, then the Source of Uncreated Light is not the Spirit, but the Father, who has begotten Him from all eternity.

This lyric, as it stands, can only be rescued if “source” is taken in an inexact sense (since the Father is the only Source in the Trinity) and the “Uncreated Light” is taken to be an epiphenomenon of the Godhead. But then we end up with something that is uncreated, but is not God—or worse, a divine Essence that can be known apart from the Persons, as a Fourth Divine Thing. So I don’t think it really can be rescued. But I’m putting it “out there” in case someone is able to make a point that I haven’t thought of. Would anyone like to defend this hymn lyric?

* This line is purely Dryden’s composition, not a translation at all. Here is the second stanza of Veni Creator Spiritus in its entirety: “Qui diceris Paraclitus / Altissimi donum Dei / Fons vivus, ignis, caritas / Et spiritalis unctio” (“You who are called the Paraclete, the Gift of highest God, the living Font, Fire, Love, and Spiritual Anointing”). In the original hymn, the only mention of “light” is found in the fourth stanza: “Accende lumen sensibus, infunde amorem cordibus, infirma nostri corporis, virtute firmans perpeti” (“Kindle light for [our] senses, pour love into [our] hearts, making sound the infirmities of [our] body with [Your] perpetual might”). 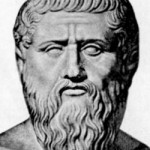 June 10, 2015
All Philosophy is Morality and Teleology – and Other Tacitly Known Truths?
Next Post

June 12, 2015 If Gender is Flexible, Why Not Race?
Recent Comments
0 | Leave a Comment
Browse Our Archives
get the latest from
Evangelical
Sign up for our newsletter
POPULAR AT PATHEOS Evangelical
1

The 2021 SBC and the Cost...
Anxious Bench
Related posts from Just and Sinner