On an episode of the sci-fi television series The Orville, the members of the crew land on a planet which looks similar to twenty-first century earth. Throughout the episode, they discover a rather odd judicial system. Individuals each have up-vote and down-vote buttons on them which are given dependent upon their actions. With enough down votes, a person is then given an opportunity to ride the media circuit in order to explain and defend themselves and their bad actions. After that, if the majority population votes that this individual is guilty, they are then lobotomized. This is an absolute democracy driven purely by the masses through social media. Like any good science fiction, this approaches the truth of our world rather well.

Social media lynch-mobs have been around since the dawn of the platform, but they have only grown in power and influence. Recently, the CEO of twitter, Jack Dorsey, tweeted a photo of a purchase he made from Chick-fil-A to advertise for the “Boost” app. This then set off a firestorm of tweets in opposition to his having eaten a chicken sandwich from the great cultural sin of buying food from a company who has a CEO with views on a subject that you don’t like. The purchase of a chicken sandwich was taken to be an attack on the LGBTQ movement, especially since this purchase occurred during pride month. I am sure, of course, that Dorsey simply got hungry and ate some chicken without any thoughts about what the particular views of someone in the company are. However, the complete outrage at this led to a forced apology from Dorsey for simply buying some chicken.

This event is simply one example among many. Anger about one thing or another has lead to advertisers removing themselves from various companies/individuals, to firings (such as from the recent one of a spokesperson from CrossFit for expressing his views on a personal Twitter account), and many other things. Like the Orville episode, we have begun to execute judgment in the public mind without going through a traditional business protocol or judicial system. And what has happened recently is that these acts of social media outrage have actually begun to impact what happens in a court of law.

A very highly publicized case was that of Brock Turner. He was a young white Stanford student who had a promising athletic career, who was accused and found guilty of sexual assault. However, despite the proof of his guilt as well as the possibility of serving up to fourteen years in prison, he only served for six months. This particular case then became the prime example of injustice in the court systems, wherein white males are given easier treatment than minorities. After this case blew up in the media, the judge who sentenced Turner has now been removed.

I believe that the concerns in the case were valid ones, and there was significantly good reason for noting the lack of justice in this instance. Our justice system is often too light on sexual assault while remaining harsh on much smaller problems like minor drug offenses. These things certainly do tend to disadvantage black men and families to a significant degree. Even if the removal of Persky was just and valid, [1] this sets a dangerous precedent: law determined by a guilty verdict enacted by the populous.

The removal of Persky is sure to have an impact upon judges throughout the nation. The one giving sentences is sure to now consider the reaction of the public in case they have a potentially viral story (and whoever can say what case will become popular in the media?). If the social media “experts” get a hold of a verdict that is potentially considered unfair, then this could lead to the loss of one’s job. The shift that I fear is that these things could have a significant impact on sentencing in the future, as well as upon decisions of juries. It might lead to harsher sentences from judges on all sorts of issues, just in case they are viewed as too lenient. This could end up being a problem for both black and white criminals.

This phenomena is not new, of course, but it social media has certainly exacerbated the problem. An older example of this sort of thing occurred with Scott Peterson in 2002. Certainly no paragon of virtue, the media had already convicted Peterson of the murder of his wife Laci due to his bizarre behavior and secret love affair. There was no strong forensic evidence in favor of his conviction whatsoever, and even the circumstantial evidence was quite flimsy. However, the media made up its mind: he was guilty. He is currently on death row for a crime which he may or may not have committed.

I don’t know what this means for the future, but I do know that the outrage of the masses cannot serve as the ultimate arbiters of right and wrong. For the time being, however, that seems, at times, to be the case.

[1] To be frank, I do not know all of the details about Persky’s career, nor am I any kind of expert in law surrounding sexual assault; thus, I am not in a position to make any definitive declaration on an issue I have not properly informed myself on. Too many people make declarations emphatically without being properly informed. 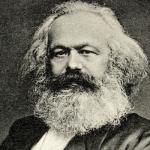 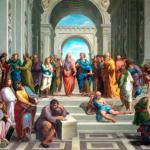 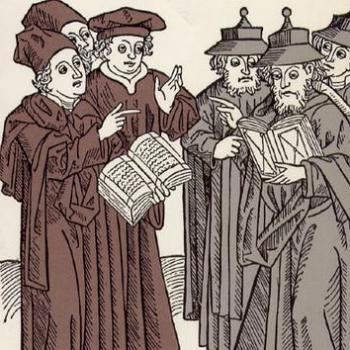 Evangelical
Social Media and the Death of Nuance
Just and Sinner