The 15 and the Reprehensible Dishonoring of Christ’s Martyrs

There are certain people and groups online who seem to exist only for the purpose of causing a stir about one issue or another. Usually, these groups are not worth responding to, as one can simply ignore these types of writings and find something worthwhile to interact with. However, the recent post at Pulpit and Pen (found here), is too offensive to ignore. Unfortunately, I’ve already seen this post shared quite a bit.

This post is a criticism of Russel Moore (whose every action seems to be criticized by this group) who tweeted: “These are my brothers, faithful unto Christ even unto death King Jesus puts heads back on, and puts worlds back together. Maranatha.” This is in reference to the 21 men killed by ISIS for their profession of faith. Moore, as a Christian leader, is rightfully expressing the eschatological hope given to all of God’s people, and especially his martyrs. Yet, one cannot offer a word of hope for those killed for the sake of Christ without facing criticism from J.D. Hall and those at Pulpit and Pen. In this article, it is argued that we should not in fact view these men as martyrs, because they are heretics who deny sola fide and an orthodox doctrine of the two natures in Christ. Therefore, they are in hell.

I have some questions for those promoting this type of thinking:

Do you know of the nature of the faith held by these 21 men? Do you know that they willingly reject the Pauline teaching on justification? Do you know for a fact that these men trusted in their own works rather than Christ?

How are Christians saved? By faith in Christ, or by doctrinal orthodoxy? Are we saved by faith alone, or by an exact articulation of the Protestant doctrine of justification?

Are you so sure about the eternal fate of these men that you can make such bold statements? Or are you risking insulting those who are the most honored in Christ’s church?

Even if these men were blatant heretics, or not even Christians at all, is the brutal killing of innocent people a good time to speak publicly about the fact that you believe these men to be in hell? Is this how you interact with people as a pastor?

It’s a sad thing that even in the face of martyrdom, the church cannot come together and recognize the glory of Christ in the death of his people, for the sake of his name. 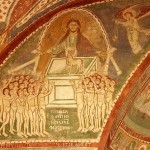 February 16, 2015
Victory Through Martyrdom: Thoughts on the Death of Coptic Christians
Next Post 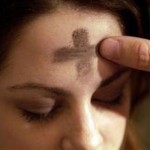 February 18, 2015 Five Reasons to Observe Lent
Recent Comments
0 | Leave a Comment
"Well said. Thank you. I have only recently learned about the importance of distinguishing between ..."
Semone J. Simmons The Danger of Law-Gospel Reductionism
"only this:a person's life is sacred, but each of us has a moral conscience and ..."
Christiane Smith Gradually Embracing Jack Kevorkian’s World?: Christians ..."
"Roger,True. And here, evidence and logic are important, but there is also the issue of ..."
Nathan Rinne Fighting Critical Theory Approaches in the ..."
"I agree. No one has the time to become an authority on everything. But we ..."
Roger McKinney Fighting Critical Theory Approaches in the ..."
Browse Our Archives
Follow Us!

Why Lying Has Become Normal and...
Roger E. Olson
Related posts from Just and Sinner 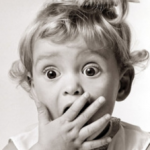 Evangelical
Shocking Confession: I'm a Christian Millennial and I...
Just and Sinner

Evangelical
The God Who Died
Just and Sinner 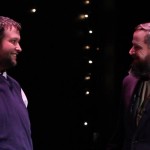 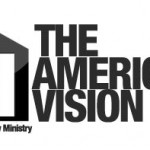