Shocking Confession: I’m a Christian Millennial and I Don’t Drink

There’s a conversation that I always dread. I’m about to get together with a group of Christians, either out at a restaurant somewhere, or at someone’s home, and at some point I’m going have to utter these embarrassing words: “I don’t drink.” What? You don’t drink? Are you some kind of legalist? It feels like the shameful admission of a high school boy to his friends that he has never kissed a girl. If you don’t drink… you’re not really one of us. You haven’t been initiated into the cool club of Christian millennials. This is how it comes across to people like me who have decided not to drink alcohol.

When I was a teenager, I was heavily involved in the punk rock culture. I spent a lot of time with punks, going to shows, etc. Many people in that culture engaged in smoking, drinking, etc. but we had a word for those who chose not to do that: “straight edge.” When offered cigarettes, alcohol, or other substances, I could just say, “no, I’m straight edge,” and the matter was ended. What I think is very telling (and highly problematic) is that I have experienced far more peer pressure to drink and smoke since becoming heavily involved in the theological subculture than I ever did with my punk rock friends. This is a problem. “I have the Christian liberty to drink,” has become, “You’d better drink alcohol as a Christian if you really want to fit in. If not, you’re a legalist.”

A recent spat blew up between so-called “discernment ministry” Pulpit and Pen and Apologia Church in Phoenix, AZ. I have no desire to defend the article posted at P&P which was largely dishonest, engaged in name calling, etc. I’ve been the target of this so-called “discernment ministry” more than once. Following these criticisms, the website ChristianNews.net soon picked up the story and posted a number of articles about Apologia Church’s fundraising tactics, and their promotion of alcohol, such as this one here. While the articles posted here seem more like hit-pieces than genuine journalism, there were some legitimate concerns brought up about not only Apologia Church, but some tendencies in the broader Young Restless and Reformed movement.

During a panel at the recent ReformedCon, which featured a number of Calvinistic speakers and podcasters, some of the concerns I have regarding some contemporary Calvinists (and Lutherans) came out rather clearly. Darren Doane, a Reformed Christian filmmaker, told a story about how he, for a long time, decided to refrain from drinking alcohol. After studying Scripture, and being confronted by a fellow believer about his refusal to drink wine, Doane portrayed it as a Christian necessity to drink alcohol. (This is not merely in the context of Holy Communion by the way, in which I do believe Christ instituted wine to be used in the Supper). This all led to the following absurd statement:

Do you hear that? If you’re not drinking alcohol, you are gay.

Well, while my wife would probably beg to differ, I must be gay. And apparently so is my theology. It does seem a little weird, because most gay people I know do drink alcohol. I seem to have missed the connection between alcohol preference and sexual orientation.

This seems to be especially problematic given the audience of ReformCon. As far as I am aware, Apologia Church is made up of many ex-alcoholic and drug addicts. I praise God that these individuals are being ministered to, but I do worry about the type of alcohol culture that is promoted around ex-alcoholics. I have known alcoholics who, after conversion, were able to drink responsibly. I have also known some who were not. Due to their tendency toward overuse and addiction, it would be better for these individuals not to drink. As someone who has never had alcohol and feels overwhelmingly pressured to drink by Christian peers (my non-Christian friends don’t do this), I can’t imagine the struggle of a new believer who is a former alcoholic, who feels that they have to drink again to be part of the crowd. This isn’t just theoretical, but I’ve seen this happen more than once. An alcoholic is free from their abuse problems, and then they get into a group of Calvinists who pressure them to drink, and they go back to their old habits.

I also want to point out that out of all the millennial Christians I’m friends with who drink (many being seminarians and pastors), I can count on one hand how many have done so without abusing it. This doesn’t mean that no one should drink, or that people can’t ever drink responsibly. The point is that this is a real temptation and problem for people, and perhaps there are good reasons why some people choose not to drink.

Some of you are probably wanting to ask this question, “So why don’t you drink?”

Well, I might disappoint you, but I won’t answer that question.

Let’s rethink this whole alcohol culture that is so prominent among millennials, and maybe rethink what Christian liberty actually means. 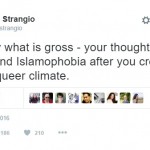 July 8, 2016
Stop the Political Posturing and Preach the Gospel
Next Post 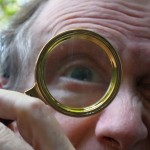 July 26, 2016 No, Lutherans are not Myopically Focused on Individual Salvation
Recent Comments
0 | Leave a Comment
Browse Our Archives
Follow Us! 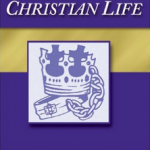 Evangelical
Resolved: Why We Should Recognize, not Emphasize, the...
Just and Sinner 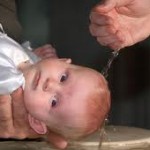 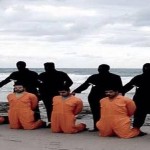 Evangelical
The 15 and the Reprehensible Dishonoring of Christ's...
Just and Sinner

Demons!-- Twenty Nine
BEN: Your discussion of unclean spirits in Chapt. 10 is fascinating. But...
view all Evangelical blogs
What Are Your Thoughts?leave a comment
Copyright 2008-2020, Patheos. All rights reserved.