The Papacy and Matthew 16

This particular text has historically been at the center of Roman Catholic and Protestant polemics. Roman apologists have utilized this text as an establishment of the Papal office. It is argued that Jesus grants the keys of the kingdom to Peter, that he is the rock upon which the church is built, and that these keys are consequently passed down to various successors of St. Peter. The context and syntax of this passage demonstrate, however, that Matthew has no intention of promoting the foreign concept of a Roman Papacy through the words of Jesus.

There is an obvious wordplay in this text, wherein Peter is parallel to “the rock.” If no such wordplay was intended, than Jesus would have used the more common term λιθός, rather than πέτρα to refer to the rock. The name Cephas, or Peter, was given to Simon by Jesus himself. After Peter’s great confession, Jesus is confirming the validity and accuracy of that title. Roman interpreters have argued that there is an exact identification between Πέτρος(Peter) and πέτρα (rock). This interpretation cannot be sustained. Πέτρα is a feminine noun, whereas Πέτρος is masculine. This makes it likely though there is a relationship between the two, they are not identical. It is instead something about Peter that the church is built upon, not his person. The “rock” is the confession Peter makes that Jesus is the Christ and Son of God. Some Roman theologians have purported that the original Aramaic word kepha would have allowed for no differentiation between the name “Peter” and “rock.” This claim is completely irrelevant, because the exegete must attend to the text of Matthew’s gospel itself rather than making inferences about what Jesus might have said in Aramaic. The other major issue with this interpretation is that Jesus’ words switch from the second to third person. He says: “You are Peter,” and does not continue by saying, “and upon you, Peter,” but instead he says: “upon this rock.” The fact that, while still addressing Peter directly, Jesus switches from σύ to ταύτη, makes it apparent that Jesus does not intend any direct identification between Peter and the rock upon which the church is built.

The most problematic aspect of this passage for the Roman Catholic interpreter is simply that there is no indication of the conferring of Peter’s status as “the rock” to his successors, nor is there any indication of exactly what it would mean for Peter to be the rock upon which the church was built. Even if one were to grant, as some protestant interpreters do,[1] that Jesus does identify Peter as the rock, there are no grounds for importing an idea of apostolic succession into the narrative. There is no such concept mentioned by Matthew. Paul writes in Ephesians that the church is built upon the foundation of the apostles and prophets (Eph. 2:20). If Peter were “the rock” spoken of in this text, then it would be in the same sense that the other apostles and prophets are foundation stones for the church. Jesus is speaking here to a person, not to an office that would not be established for some decades. The Roman interpretation has no textual basis to stand upon.

June 9, 2014
What exactly is the problem with Gerhard Forde and the "Radical Lutherans"
Next Post

June 10, 2014 Pentecost 2014
Recent Comments
0 | Leave a Comment
"Dr. Cooper, your book helped pull me off the path of "heading East." Many take ..."
Blaisin Lutheranism and Theosis
"God bless Dr. John Pless!"
Darrin Sheek The growing influence of Erlangen theology ..."
"Well said. Thank you. I have only recently learned about the importance of distinguishing between ..."
Semone J. Simmons The Danger of Law-Gospel Reductionism
"only this:a person's life is sacred, but each of us has a moral conscience and ..."
Christiane Smith Gradually Embracing Jack Kevorkian’s World?: Christians ..."
Browse Our Archives
get the latest from
Evangelical
Sign up for our newsletter
POPULAR AT PATHEOS Evangelical
1 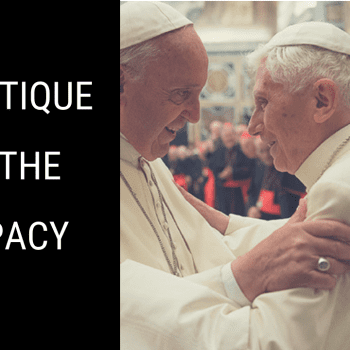 Evangelical
A Critique of the Papacy
Just and Sinner

Evangelical
Does Revelation 12 Teach the Bodily Assumption of...
Just and Sinner 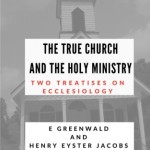 Evangelical
A New Book on Church and Ministry
Just and Sinner 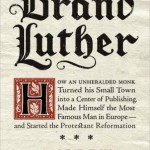 Evangelical
Semper Vendenda!?: Was the Reformation about Creative Marketing...
Just and Sinner
TRENDING AT PATHEOS Evangelical