Trying to Purge the Synergism from ‘Intuitu Fidei’

Having preached on Eph. 1:3-14 this past Sunday (see below for a link to that sermon), I’ve been thinking about predestination lately. I consulted Lenski’s commentary while preparing, and I know he was an intuitu fidei guy (considering Election to be based on God’s Foreknowledge of the person’s faith), so I was wary. But while I did end up disagreeing with his interpretation of the passage, I also found that his understanding was more nuanced than I had been expecting. Regarding intuitu fidei he writes, “The objection that this is or at least sounds synergistic depends on the conception one has of ‘faith.’ When one has the truly Biblical conception that faith is in toto divinely wrought, that all power lies in the Christ, the one and only content filling the cup of faith, the objection falls” (357-58).

…But the objection doesn’t “fall” entirely, because while God grants the gift of faith at the first, some people fumble it and fall away–something that is not to be attributed to God’s work, but to man’s (and the devil’s). And so if perseverance is the basis of divine predestination, and perseverance includes a human factor: non-resistance to the Gospel, then we do in fact have some synergism implied here.

…Unless we propose two different divine operations: Election, which chooses Christ, and therefore us because we are in Christ (Eph. 1:4), and Predestination, which determines that we shall indeed become and remain members of Christ (Eph. 1:5). That’s basically how I parsed the passage in my sermon. The first operation could correspond to Election in intuitu fidei, and the second operation could be that which grants the foreseen faith, and preserves it to the end. But at the dogmatic bottom line, these two operations really collapse into one. I don’t know if anyone would bother to argue that Election depends on foreknown faith, if he then had to admit that this foreknown faith itself depends on Predestination. These terms are frequently used as synonyms, after all.

But is there a chance that some of the intuitu fidei theologians of the Lutheran past might have meant something like this? 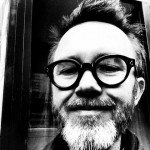 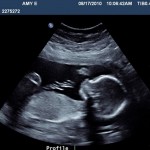 REVELATION: 5 Books Every Pastor Should...
Crux Sola: Formed by Scripture to Live like Christ
Related posts from Just and Sinner

America | Wrong, Right, and Righteousness
i. The last verse of the book of Judges is like an...
view all Evangelical blogs
What Are Your Thoughts?leave a comment
Copyright 2008-2020, Patheos. All rights reserved.