Why I have Decided to Leave Pirate Christian Radio

Why I have Decided to Leave Pirate Christian Radio March 12, 2016 Jordan Cooper

Since the inception of the Just and Sinner podcast 164 episodes ago, I have been on Pirate Christian Radio along with a number of other Lutheran podcasts and sermons. This station has served as a wonderful resource for people looking for something to listen to that has theological substance and depth. It has been a blessing to be part of this project, and I had the privilege of speaking at the Pirate Christian Radio conference these past two years. I met a lot of wonderful saints who shared their stories of coming into Confessional Lutheranism.

I have, however, decided to leave Pirate Christian Radio. This means that my show will no longer be played on air, and I will not speak at or attend the conference this summer. This is not a decision made lightly or in haste. I have been considering this for quite some time, and more seriously for the past few weeks. I made this announcement, initially without any desire to make comments as to my reasoning. It seems, however, appropriate to offer some sort of comment. Without giving any, it appears that people create their own stories to fill in the blanks, and it tends to be the worst possible scenario. In this case, I don’t want anything to be assumed.

Chris Rosebrough and I have been friends for a number of years now. We are both pastors within the same Synod. We have come to Christ’s altar together, spoken publicly together, and worshiped together. I even had the privilege of teaching one of his seminary courses. Some important disagreements between us have, however, come to light.

There are multiple ministries which Chris supports in one way or another, that I personally find to be harmful. A clear example of this is Pulpit and Pen, whose leader recently attacked my wife on a public forum, and not for the first time. Chris, though disagreeing with these actions, remains attached to this group in one way or another, and speaks at the annual Reformation Montana conference. He has also attached himself to some teachers that I would define as schismatic, and in opposition to ecclesiastical authority. At this point, I cannot in good conscience be a part of PCR due to some of these connections. I find Pulpit and Pen to be as dangerous (perhaps more-so) than many of the groups which are critiqued on Fighting for the Faith.

This is not a condemnation of Pirate Christian Radio, or of Chris Rosebrough’s ministry. I pray for God’s blessings upon his congregation, and his other ministry endeavors. We will continue to serve in the same synod, retain our friendship, and approach Christ’s altar together. I hope that Pirate Christian Radio will remain the blessing that it has been for so many of Christ’s sheep. For the time being, however, our public online ministries will remain separated from one another. 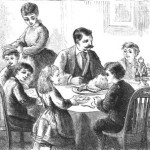 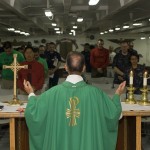 March 16, 2016 I Am Not Your Pastor, and That's a Good Thing
Recent Comments
0 | Leave a Comment
"God bless Dr. John Pless!"
Darrin Sheek The growing influence of Erlangen theology ..."
"Well said. Thank you. I have only recently learned about the importance of distinguishing between ..."
Semone J. Simmons The Danger of Law-Gospel Reductionism
"only this:a person's life is sacred, but each of us has a moral conscience and ..."
Christiane Smith Gradually Embracing Jack Kevorkian’s World?: Christians ..."
"Roger,True. And here, evidence and logic are important, but there is also the issue of ..."
Nathan Rinne Fighting Critical Theory Approaches in the ..."
Browse Our Archives
get the latest from
Evangelical
Sign up for our newsletter
POPULAR AT PATHEOS Evangelical
1