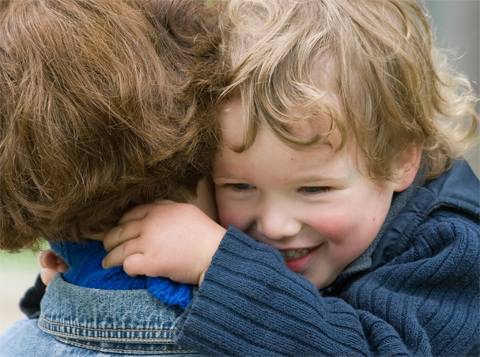 I awoke with a start early. Just popped up eyes wide open. I used to do that more when I was the mother of young kids. Not so much anymore. Usually these days I wake like a panhandler in need of drink, foggy-headed and aching.

It might have been the temperature. Too warm despite having cranked down the AC before bedtime. Or may it was the Holy Spirit because I almost immediately began praying for a family member who is going through a very involved medical procedure over the next few weeks. Feel free to pray for her, too, if you are so led.

My phone was in the other room but minutes after I awoke I heard the familar buzz. Not terribly unusual. I have a lot of friends on East Coast time. It was 7 a.m. their time. I was going to ignore the message but then I got to thinking that something might be amiss with the person I actually was praying for so I went and got the phone.

It was a message from a sweet friend here in my same time zone. She lost her husband, an Afghanistan war veteran, to a heart attack on Easter Sunday. This was her first week back at work, back into a regular schedule. I sent her a text last night, asking how she was holding up. She was answering that text.

One of the greatest gifts of my childhood was being able to observe my mother as she grieved my father. She didn’t do it well. She’d tell you that herself. But she did it the best she knew how. She tried to numb the pain with drink and prescription drugs for a short while. Men for a longer while. Eventually she left all that behind and did the one thing she knew how to do – she worked.

Working hard was something Mama could do better than anyone else. For the rest of my childhood she worked the dreaded night shift that nobody else wanted. Once, when I was in high school, she took me to work with her on that night shift. I often wondered over the years why she did that. Did she sense the growing gap between us? Was she worried about my mental state? Did she simply want me to understand what a night in her life looked like? Was it bring your child to work week?

What I remember most about that night was how busy my mother was and how completely exhausted I was. I didn’t see how she could do it. Stay awake like that all night running from buzzer to buzzer, answering phones and beeps and people calling her name in an urgency familiar to nurses and doctors and such. Sometime around 1 a.m. I went to the cot in the staff room and went to sleep. I woke up right before it was time for her to clock out.

My mother could put in an eight-hour shift at the hospital, drink a pot of coffee for breakfast and then go mow the grass in the warm Georgia sun. Working empowered Mama in a way that nothing else did.

Working hard was part of her Appalachian DNA.

“Root little pig or die,” was the exact quote from Granny Ruth. Mama explained that to me when she was in the middle of her own dying days.

Root little pig or die. That’s Appalachian talk for do whatever you have to do to survive.

My mama was the hardest working woman I ever met. Even though I saw her passed out a time or two, I hardly ever saw my mother collapse from sheer exhaustion. She used to say she was sick and tired of being sick and tired, but the truth was Mama did not ever take to the bed. If she was having a particularly hard day, she would Spring Clean the entire house. Or push mow the yard. Or she would cook a mess of beans and a pan of cornbread. She would sew or shop or wash and wax the car.

Sometimes she would nap but it wasn’t until I was a married woman myself that I understood that the one of the most difficult things my mama ever had to do was sleep alone. Going to bed was always the hardest part of her day. She put it off as long as she could.

Prior to my father’s death there had been a ritual to our bedtimes, for all of us. Mama would make sure we were all bathed and in our pjs. She might let us watch the Ed Sullivan Show or Art Linkletter. Most nights she would read us a story from that red Bible book she carried with us to all those many deployments. Sometimes we would sit at the kitchen table and color from a new coloring book as she read. Then she would say and prayer and off to bed we’d go. She would tuck us in and kiss us goodnight.

All of that stopped abruptly when Daddy died. Instead, we all went to bed pretty much when we were worn out. Sometimes we kids wouldn’t bother with a bath or shower, even though our feet and ankles were crusted in Georgia clay. With no adult around to tell us what to do, we just did what came to us, or didn’t.

Usually we fell into bed exhausted from that day’s activities along the creek catching minnows, hunting for water moccasins, huddling at the backs of trailers, hiding from the boys riding their bikes over the potholed dirt roads, gossiping, always gossiping about Sarah’s sister Beth or Rosemary’s Mama, or how weird Patsy Brown’s fundamentalist family was, or what trouble Brother John and Joe K. managed to escape from that day.

Sleeping was something Mama did mostly when we were at school. By the time we got home from school, she was already up working and barking out orders to us the way only a military mom can.

None of us three kids have ever had to work as hard as our mother did, but all three of us are workaholics the way she was. No matter how much we get accomplished in a day, there is always more we didn’t do.

I realize now of course the value of such a gift. That what our mother really taught us to do was to survive.

To press on despite everything.

Don’t think about the big picture, I told my friend. Don’t worry about tomorrow. Just focus on this day, this moment, this next breath.

I know my friend is going to be okay. She, too, learned hard lessons at a very tender age.

It’s all the million little ways I miss him, she said.

Yes, I remember: How my mother quit laughing the year my father died. How even in a crowd she always seemed so alone to me. How she smoked more with him gone, drank more black coffee. How she lived a lot of her life inside her head. How she wouldn’t make banana pudding anymore because he loved it. How she couldn’t sit still. How she quit hugging us, quit telling us how much she loved us. How she never said his name anymore, never ever told the stories of him, or of them. How she could look right at me and not see me anymore.

It’s the little things that fray a family into a remnant of what it once was.

One of the war widows I love dearly said after her husband was killed in Afghanistan that when her husband died she lost her every other breath.

That is exactly what that sort of grief feels like.

Like somebody has pushed you underwater and is holding your head there and only letting you up enough to gulp back enough air, along with a quart of water, to stay alive and then forcing you back underwater again.

One of the reasons I have an iPhone is so I can Facetime with my daughter and see my grandson. Ashley will hold the phone out and follow Sullivan around the room as he dances about, showing me his new bed, his new book, his new shorts, or offering me pretzels or fruit snacks, shoving them right up to the phone as if I can actually reach through and take them. He likes it when I take my phone and show him the “Woof-Woofs”, or his very favorite “Pa.”

Sometimes, during these chats, Sullivan will crawl into his mother’s lap and wrap his arms tightly around her neck and plant kisses all over her face. He will not let go of her for anything in the world. He holds her so closely in those moments that she has to tilt her head back just to catch her breath from underneath all that love and adoration.

I am praying God holds you extra close these days, I told my girlfriend.

Can you hear him?