‘A.D. The Bible Continues’: The Men Who Made Disciples of All Nations 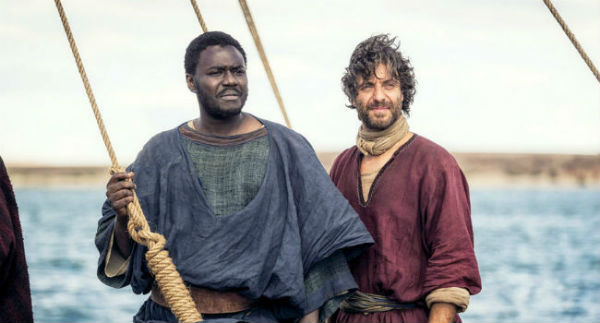 Over at CatholicVote today, I have some comments from actors Adam Levy and Babou Ceesay, who play the Apostles Peter and John, respectively, in NBC’s “A.D.: The Bible Continues,” which airs it second episode tonight at 9 p.m. ET/PT (following an 8 p.m. ET/PT repeat of the first episode).

Here’s a taste of what they said after a press conference in Pasadena, California, in January, starting with Levy:

So, I think Jesus needed somebody to stand up and say, “I can talk to everyone.” At that point, Peter doesn’t know that. He didn’t know he could speak. Within the first, three, four hours [of the series], he finds his voice.

“The first few episodes are all about post-Crucifixion. There’s not much space for anything but support, warmth and courage. In later episodes, the part becomes funny, but in those moments,he takes a space between something happening and a response, whereas other people, something happens, they respond.

“Something happens, he’ll think about it, realize that it means nothing in the big scene of things. I have lots of moments where Peter’s doubting, Thomas is doubting, and at end of it all, I’ll just go, ‘End this.’”

In case you were wondering, Levy, who lives in London with wife and two children, is Jewish. From The Jewish Journal:

Adam Levy admittedly didn’t know much about the New Testament before he was cast as Peter in “A.D.,” NBC’s miniseries about the crucifixion of Jesus Christ and its aftermath. But the British-born Jewish actor immersed himself in research, and happily took on “one of the huge roles in history. Peter was born and died a Jew,” he reminded. “There was no such things as a Christian at the time.”

At the press conference, Levy said this about shooting in Morocco:

Our set is a mini-Jerusalem, and the Temple and Pilate’s palace. It’s so immersive to be there. My first few days on set — my father is Israeli, and I’ve been to Jerusalem a lot and walked around, and I know that terrain very well.

I used to go past the Temple every day and think, “I’m going in there.” I just sort of tread past and go back into old Jerusalem, where we were held up in a safe house straight after the Crucifixion. It was an immersive experience. It’s the right place to shoot — a beautiful country, a very innocent country.” 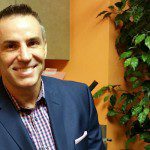 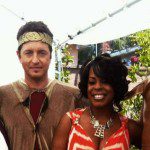 April 12, 2015 Hallmark's 'Home & Family' Has a 'Clean House' Reunion
Recent Comments
0 | Leave a Comment
"Great review and perspective, Kate. Thanks for reminding me about Miss Luba and other wonderful ..."
Steve Bailey Watching ‘The Jesus Music’ Is Like ..."
"Sounds sort of like a cross between Battle Royale and 13 Tzameti."
Goat Plissken Netflix’s ‘Squid Game’: Violent, Engrossing Korean ..."
"What do you think of Bishops trashing Pope Francis name, and trying to turn religion ..."
oneworlddude Papal Biographer Austen Ivereigh on PBS’ ..."
"What do you think of Pope Francis taking action against celebration of the Latin Mass, ..."
See Noevo Papal Biographer Austen Ivereigh on PBS’ ..."
Browse Our Archives
get the latest updates from
Kate O'Hare's Pax Culturati
and the Patheos
Catholic
Channel
POPULAR AT PATHEOS Catholic
1