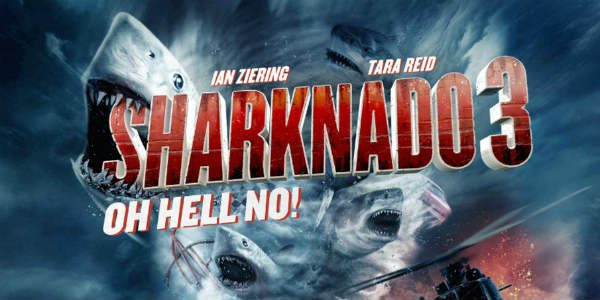 The reviews for this one haven’t been good — in fact, they’re pretty bad — but “Sharknado” isn’t aiming for an Emmy, just to entertain summer audiences.

At the same time, like many action films before it — including three favorites of mine, “Die Hard,” “Twister’ and “Independence Day” — the subtext is about bringing together a man and a woman, and reuniting or creating (or both, in the case of “Sharknado”) a family.

Through the the 2013 original and the 2014 sequel, “Sharknado: The Second One,” Fin regained the love of his estranged wife, April (Tara Reid), and built a bridge to his teenage daughter, Claudia (Aubrey Peeples).

As “Sharknado 3” opens, Fin and April are remarried and now expecting their second child. But when Fin is called to the White House to receive an award — from, in a display of the appeal of the movie series across the social and political spectrum — the president (Mark Cuban) and vice-president (Ann Coulter), a massive coastal sharkstorm front crashes the party.

Before long, Fin is on his way to Universal Studios in Florida (a little NBC Universal plug, there) to save his wife, daughter and unborn child.

The movies have proven a huge hit with celebrities, from entertainment, news, politics and beyond. Some of the cameos in this one, along with Cuban and Coulter, are Rick Fox, Penn & Teller, Jerry Springer, Michele Bachmann, Bo Derek and David Hasselhoff.

Some of “Sharknado’s” earliest and biggest fans came from cable news. Here’s a tweet today from CNN’s Jake Tapper, tossing in a bit about the 2016 presidential race:

Also, Fox News’ Eric Bolling gave the movie an enthusiastic plug at the end of today’s episode of the roundtable show, “The Five.” He touched his earpiece, intoned, “This is a Fox News weather alert,” and then cut to a video of Fin and April (Ziering and Reid) begging him to do a PSA about the coming storm, finishing with, “It’s going to be a big one, so leave the umbrella at home and grab the chainsaw.”

I recently did an email interview with Thunder Levin, screenwriter for all three movies (in the interests of full disclosure, director Anthony C. Ferrante, is a buddy of mine). Here’s what Levin had to say:

There was some talk that the franchise would go overseas next — perhaps London or even Tokyo. What was the thought behind sending the sharkstorm to Washington, D.C., and Orlando?

Honestly, I don’t know. That was a decision made by Syfy, though the opening sequence in Washington is something that I had actually suggested, early on, for “The Second One.”

Fin apparently managed to reunite his fractured family in the last one, what’s his story this time?

In “Sharknado 3: we wrap up Fin’s restoration as a man. When we first meet him in the first movie, he’s basically broken. He’s lost everything he once had: fame, fortune, and family. By the end, he’s sort of made amends with his kid and has won at least a possibility of reuniting with his wife. In “The Second One,” he’s won her heart back, and by the end they agree to remarry. This is the conclusion of that arc, where they’re trying to restart their family and add to it. We’ll see that their teenage daughter forgives Fin for not being the greatest father, while trying to escape from his shadow. And April is pregnant, and this time Fin is determined to be the best father possible. It really represents the chance to start over and do it right this time.

Do you have a theory about the desire of so many famous faces to appear in these movies?

Who wouldn’t want to be in a “Sharknado” movie?! D’uh!

What did you want to accomplish this time, story-wise — and what did you learn to downplay, from the experience of doing the previous movies?

Well I wanted to bring Fin’s story full circle, to complete the rehabilitation of his character and the restoration of his family. And the ending of the film (which I won’t give away) is something I’ve wanted to do since the first one became a hit, and we realized there could be sequels. It’s something the fans had been asking for, and I wanted to make sure we gave it to them, but of course, in a completely unexpected way.

What I learned to downplay was the flooding. In both of the first two scripts, I’d basically imagined cities that were completely flooded with water, thereby allowing sharks to attack from below as well as above. But from a technical standpoint, on the very low budgets we have for these movies, that ended up not being very feasible, and the flooding always came up short of the apocalyptic level I’d imagined. So on this one I tried to mostly put that aside and concentrate on the aerial attack.

When I was a kid, I think the year before “Jaws” came out, I saw a documentary called “Blue Water, White Death”, about great white sharks. I don’t remember much about it, but I think it stuck with me on a subconscious level. And of course, “Jaws” is one of my favorite movies ever. I don’t really have a particular fear of sharks, other than the natural respect one must pay to a creature that can eat you. I’ve swum with sharks a couple of times. And once I was snorkeling in an area off Catalina Island, and found out the next day that a great white had killed a seal right where I’d been, right about the time I was there, and I just never saw it. Since “Sharknado,” though, I think I might try to give them a wider berth. I might have developed a reputation in shark circles.

Why has “Sharknado” become the action franchise of our time?

I think it’s because it’s just plain fun, but also has heart. And it’s a great party movie. As the way we consume media has fractured, and everyone’s watching shows and movies whenever they want, wherever they want, instead of all together at the same time, we’ve lost the social, communal aspect of that shared experience. The “Sharknado” movies are so much better when watched with friends (and alcohol!), that it’s become a great way to bring back that communal storytelling experience which has been an important part of human society since cavemen first sat around fires telling stories. Without it, we lose our common language of myth and that can lead to the downfall of civilization.

In a way, “Sharknado” has saved the world.

I’ve created a TV series called “DIVE!” along with my occasional collaborator George Saunders. It has a somewhat similar tone to “Sharknado,” though not as ridiculous. I’m working with an executive producer of “Jane The Virgin” and a producer of “The Lord Of The Rings” and we’ve just started pitching it to the networks. Hopefully we’ll get it sold shortly and have it on the air within a year.

I’ve got another series called “…As We Know It”, which is a dark apocalyptic story, that I’m just finishing up the pilot script for. And I’ve got an indie feature called “An Ordinary Hero”, which is a thriller, that we’re trying to put together financing for.

And I’m working on my first novel, in between script jobs. That’s going pretty slowly though.

And who knows, maybe “Sharknado 4,”  If people keep watching and enjoying them, I’m sure we’ll keep making them. 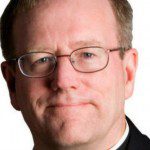 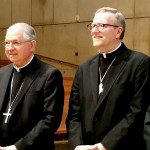