No, Hollywood Isn’t Our National Conscience … Just the Opposite

No, Hollywood Isn’t Our National Conscience … Just the Opposite February 17, 2016 Kate O'Hare 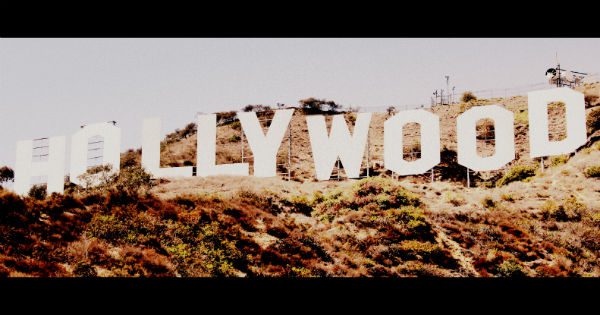 Hollywood is a place — a seedy stretch of Los Angeles along Santa Monica, Sunset and Hollywood Boulevards, just east of tony Beverly Hills and fabulous West Hollywood — but that’s not the Hollywood we’re speaking of (unless you’re looking for tourists, tattoos and trendy bars).

The entertainment industry that the word “Hollywood” encapsulates is a loose conglomeration of multinational corporations, independent production houses and thousands of ancillary businesses, from lumber suppliers to caterers to talent agencies to special-effects studios, located from Los Angeles to London and beyond.

The question being asked in this forum is, “Has Hollywood Become Our National Conscience?”

In a word, no. Actually, it’s the reverse.

If there was ever a moment that Hollywood, as such, reflected the conscience of America, that may have died with the Motion Picture Production Code of 1930, known as the “Hays Code.” From Wikipedia:

The Motion Picture Production Code was the set of industry moral guidelines that was applied to most United States motion pictures released by major studios from 1930 to 1968. It is also popularly, albeit inaccurately, known as the Hays Code, after Will H. Hays, who was the president of the Motion Picture Producers and Distributors of America (MPPDA) from 1922 to 1945. Under Hays’ leadership, the MPPDA, later known as the Motion Picture Association of America (MPAA), adopted the Production Code in 1930 and began strictly enforcing it in 1934. The Production Code spelled out what was acceptable and what was unacceptable content for motion pictures produced for a public audience in the United States.

Post-1968, movies and, more slowly, television, have increasingly come to reflect the tastes of the people making them, to the extent that they could indulge those tastes and still make money — because if the public won’t go for something in sufficient numbers, it’s going to fail, no matter how much those who made it loved it. And while hope springs eternal in Hollywood, you only get so many at bats without hitting a home run before you’re riding the pine permanently.

The reason creative types gush on so at awards shows about their “passion projects” is that so much of what they do is to further their careers and rake in cash, not to satisfy the deepest longings of their hearts.

But let’s not kid ourselves — Hollywood was not filled with sterling characters back in the first half of the 20th Century. There was probably a larger percentage of social and political conservatives in those days among the creative community than we see now, but a lot of the time, the real lives and loves of actors, writers and directors were carefully sanitized for public consumption.

As a general rule — and, thank goodness, there are exceptions — people who are psychologically stable, morally upright and well-adjusted pick far saner occupations than working on the creative side of the entertainment industry. Once upon a time, there may have been a few more of these folks in the executive ranks, but that appears to have drastically thinned out as well.

So, you’ve always had primarily people who were off-kilter, left of center, quirky, eccentric, sexually adventurous or ambiguous, or just plain odd, going into showbiz. They just had to hide it more in the past.

Hollywood is not the nation’s conscience. It’s more that the nation functions as the conscience of entertainment, determining with its dollars just how much the industry can get away with at any given time. And in 2016, that’s pretty much anything, as long as the numbers work out in the end.

But, there’s another component to the Hollywood mentality, and that’s fear. Screenwriter William Goldman once famously observed:

Nobody knows anything. … Not one person in the entire motion-picture field knows for a certainty what’s going to work. Every time out it’s a guess, and if you’re lucky, an educated one.

There’s a huge element of luck to Hollywood success, whether you call it chemistry, timing or pure serendipity. Lurking in the backs of the minds of many top entertainment types is the nagging realization that they’re not entirely sure how they got there, or if their situation is a fluke or a reproducible phenomenon. This leads to a perpetual state of uncertainty, which feeds insecurity, which causes bouts of stark terror.

Possibly the scariest thing — aside from growing older — in Hollywood is the thought that you’ll no longer be at the cool kids’ table. You’ll be the outcast geek you were in high school, and that means no contract renewal, no pilot pickups, no top role in the hot new film, and no meetings (not even a coffee). Worse yet, you never know when that moment will come, and when it does, you may never know why.

So, many Hollywood folks are horrified at the thought of being on the outs in their community, so they embrace whatever values the community is espousing at the time, regardless of their appeal to the rest of the nation. They also bow to pressure groups that represent the liberal bent of most people in the industry. For example, when GLAAD gets a cold, Hollywood gets the flu.

The result of this are a lot of shows and movies that wow awards voters and journalists but fall utterly flat in vast sections of America.

Now, the kudos and community backslapping will keep you alive for a while, but have too many critically acclaimed flops, and you’re back in the booth by the kitchen entrance, wondering where your career went.

As to what we can do, it’s simple to say but challenging (but not impossible) to accomplish. We either have to impact Hollywood’s cash flow (either by not patronizing crap or by really patronizing good family- or faith-friendly fare) or put a scare into them.

Right now, they don’t fear most of America — especially conservative-Christian America — because those aren’t the kind of people who are going to give them their next job. But if our disapproval represents enough numbers to dent the bottom line, then we may get somewhere.

In conclusion, you are the conscience of Hollywood. They’ll make what they can get away with, and what will sell. The question is — are you going to buy it? 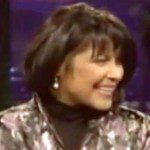 February 15, 2016
Denise Matthews, Jesus and the Death of Vanity
Next Post 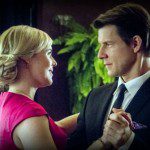 February 21, 2016 'Signed: Sealed and Delivered: From the Heart' -- A Post-Valentine's Day Love Story
Recent Comments
0 | Leave a Comment
Browse Our Archives
get the latest from
Kate O'Hare's Pax Culturati
Sign up for our newsletter
POPULAR AT PATHEOS Catholic
1