Premiering nationwide on Monday, Dec. 10, at 10 p.m ET on PBS (check local listings), the feature documentary Sacred explores religious experience around the world. I haven’t had a chance to preview it, so we’ll see what others have to say.

At a time when religious hatred dominates the world’s headlines, the feature-length documentary Sacred explores faith as a primary human experience, revealing how people across the world turn to ritual and prayer to navigate the milestones and crises of private life. Premiering nationwide Monday, December 10 at 10 p.m. on PBS (check local listings), Sacred embarks on a global journey of spirituality, tracing religious ritual at birth, adolescence, marriage, death and other key moments of human life. The film will be available to stream the following day at pbs.org/sacred and on PBS apps.

Academy Award-winning director Thomas Lennon commissioned or sourced contributions from top international filmmakers in order to capture more than 40 diverse stories from 25 countries – never once leaving his New York office. Sweeping in its global reach, yet intensely intimate, the film is a tour de force that unifies these disparate scenes into a single work, told without narration, without experts and, for long stretches, without words at all.

“Today, not many people would dispute the importance of religion,” said director Thomas Lennon, “But we in media usually look at it socially and politically.  Here the goal is to plunge the viewer into a series of private experiences of faith and hopefully the intensity of that encounter shakes up our reactions, triggers something fresh.”

Setting the stage for the journey, Sacred opens with a monk embarking on his Kaihogyo, a 1,000-day walk around Mt. Hiei in Japan. Continuing with a young Muslim father from Cairo chanting the call to prayer to his baby, who is only minutes old, the film’s approach is both lyrical and linear as it drives forward in time: from the initiations of infancy (bris, baptism and more) to coming-of-age ceremonies in Mandalay, Jerusalem and the San Carlos Apache Reservation, featuring boys and girls at the cusp of adolescence. In Spain and then India, the film encounters teenagers as they lean on their faith to navigate the most intimate pressures of their lives: the strains between two parents and the prohibitions of dating. The film travels through marriage and the trials of adulthood through to the rites—some of them solemn, others riotous and drunken—by which we remember and honor our dead.

What Variety Had to Say About Sacred

Variety surveyed Sacred in May 2017 but felt that it wasn’t hard-hitting enough. From the review:

Designed as a sort of corrective to the negative connotations that the very concept of organized religion might engender in today’s world, whether among secular liberals or among adherents of one of the major faiths in regard to the others, it is entirely well intentioned. But the fair-mindedness of Lennon’s approach also contributes to a sense, ironically enough, of godlike detachment from the slivers of life and faith the film comprises.

That connective tissue is largely circumstantial rather than thematic. But then the film does not want to make any particularly controversial points or provocative associations. As a kind of National Geographic travelogue, with an emphasis on the beauty and specificity of religious practice as a subset of global cultural diversity, it holds anthropological value. But skeptics may long for something a little punchier: Aside from one young Indian Muslim stating, “Islam says suicide bombers go to Hell and their victims go to heaven,” the film rarely ventures near the politically or socially controversial aspects of the faiths its subjects practice.

While “Sacred” clearly is designed more to celebrate than to critique, it’s perhaps a shame that the film is not a little more hard-hitting, especially as the more ambivalent segments are often the most memorable.

Sacred has a 90% rating from critics at Rotten Tomatoes, but there is no audience rating yet.

What America Magazine Had to Say About Sacred

Another review, also from May 2017, is from Jesuit magazine America. John Anderson wrote:

The longtime documentary filmmaker seems to have a Jamesian belief in the religious experience as a human one, something that is visceral and immediate. There are no deep questions asked about the theological foundations of any world religions, no contemplation of our differences. There is joy. There is sorrow.

Personally, I might have just liked a little more information, if not theological conclusions, about where I was and what I was looking at.

But “Sacred” is not that movie. It is purely observational, kinetic cinema and, some might say, even a kind of prayer—which is a subject Carolyn, an older woman interviewed in Connecticut, expounds on to some length, and with a great deal of thoughtfulness about its power (“prayer is for others…prayer is a conversation with God…”) But she is an exception. With most places, “Sacred” blows through like a hot wind.

Subdivided into three chapters—“Initiation,” “Practice” and “Passage”—“Sacred” begins with babies, born at hospitals in Warsaw, Amsterdam, St. Petersburg; cooed over by a Muslim father in Cairo; circumcised in New York and Paris; baptized in Lalibela, Ethiopia. Then the camera and a baby are carried to Central Park, where the filmmakers have a relatively ringside seat to the 2015 appearance by Pope Francis, who glides by in the popemobile as a sea of cellphones salute his passage. (A rather esteemed filmmaker once told me that the phenomenon of photographing everything in one’s life—the psychology that says something hasn’t happened if it is not stored in your iPhone—is a way of fending off mortality. It made some sense. In the presence of the pope, it makes less.) 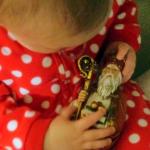 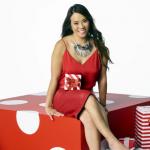 December 11, 2018 TLC's 'Dr. Pimple Popper' Offers the '12 Pops of Christmas' -- But, Why Watch?
Recent Comments
0 | Leave a Comment
Browse Our Archives
get the latest from
Kate O'Hare's Pax Culturati
Sign up for our newsletter
POPULAR AT PATHEOS Catholic
1

Preserved in God’s Memory
Mary Anne died in 1858. Ellen Howley was born in 1794 and...
view all Catholic blogs
What Are Your Thoughts?leave a comment
Copyright 2008-2020, Patheos. All rights reserved.