All the Feels: Tom Hanks Channels Mr. Rogers in the Trailer for ‘A Beautiful Day in the Neighborhood’

Oscar may have snubbed the Mr. Rogers documentary Won’t You Be My Neighbor, but if the gut reaction to the release of the trailer for the scripted biopic A Beautiful Day in the Neighborhood, starring Tom Hanks as Fred Rogers, is any indication, there may be a few tear-soaked ballots in the Academy’s future.

Here are some headlines.

The trailer for the Mister Rogers movie is out, and people are so ready for a wholesome biopic

Coming out this Thanksgiving, the Sony Pictures film, inspired by a true story, stars Matthew Rhys (The Americans) as Lloyd Vogel, a cynical magazine journalist who heads to Pittsburgh to profile the PBS children’s TV host.

As you can see from the trailer, Lloyd gets feels of his own.

According to an interview at Collider, director Marielle Heller was able to use the original studio for Mister Rogers’ Neighborhood, along with the original cameras and lights. Some of the props and costume pieces, including one of Fred Rogers’ own ties, were also original. This didn’t include the show’s iconic puppets, which were recreated.

As for how she saw Rogers, Heller said:

He’s a guide for how to slow yourself down and connect with what’s true in your heart, your kindness, your patience, and your goodness. Having his voice in my head for the past two years while I’ve been making this movie has made me a better parent.

I know it translated into how I wanted to make this movie, and the process by which we work creatively and how we treat the crew. I approached every decision with the movie as: “How would Fred approach this? How can we treat everybody with a level of emotional empathy and compassion that shows that we value everyone?” That was his main message: Everyone is valued.

Rogers was an ordained Presbyterian minister, and the documentary didn’t shy away from that side of his life, and how Christianity informed his message to children and families. We’ll see whether the scripted biopic follows the same path. 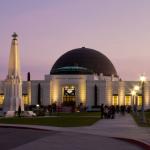 July 15, 2019
Hollywood Scandal: Do Misdeeds Taint Everything a Person Touched?
Next Post 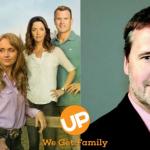