So, Warrior Nun has landed on Netflix. What to say? First, I didn’t hate it (and I expected to). Second, I was deeply disappointed.

The series, created by Simon Barry (Continuum) is based on Warrior Nun Areala, a manga-style American comic book, published by Antarctic Press in the mid-’90s. It’s the creation of Ben Dunn, a Catholic-school alum who’s created other comics with faith themes

Here’s how Wikipedia describes it:

The story revolves around Sister Shannon Masters, a Joan of Arc-like heroine of the Order of the Cruciform Sword, a fictional military order of WarriorNuns and MagicPriests in service of the Catholic Church. The order was created in 1066 when a Valkyrie named Auria renounced her pagan ways and turned to Jesus Christ for salvation; ever since then, Auria, now Areala, has chosen an avatar every generation to carry on the mission. In modern times, this has grown to a world-spanning organization in the service of the Catholic Church with the current Areala, Sister Shannon Masters, as the best and brightest of all. With her friends beside her, Sister Shannon has led the forces of good against those of evil, ever serving the Lord with faith and humility.

There has been some controversy regarding the character from both religious and non-religious people, the former for appropriating Catholic imagery and the latter for how the comic book unapologetically shows the Catholic Church as a force for good.

Alas, Warrior Nun Areala didn’t wind up on the screen in the ’90s or even the early 2000s. It landed now, which means it must be sufficiently “woke” and absolutely cannot ultimately portray the Church in a positive light.

So, while bits and pieces of Dunn’s story remain, the series uses it only as a jumping-off point.

What’s the TV Version of Warrior Nun About?

In the first episode, in an attack on the nuns’ Spanish HQ, Dunn’s Sister Shannon is killed. The magical “angel’s halo” embedded in her back is hastily hidden from an attacking demon in the body of a recently deceased quadriplegic orphan, Ava (Alba Baptista). It not only restores Ava to life but cures her paralysis — and gives her superpowers. She becomes the new “Halo Bearer,” destined to fight demons and so on.

Going back to Buffy the Vampire Slayer, we’ve seen several recent stories in this genre, with young women given superpowers and sent off to participate in imaginatively choreographed fight scenes and battle various kinds of supernatural mayhem.

In Warrior Nun, Ava is the only one with powers. Her fellow Warrior Nuns have only exceptional hand-to-hand combat and sword-fighting skills (which we are to believe allow them to incapacitate not only demons but men of any size and skill), and, in the case of one of them, two shotguns.

A kindly priest counsels the nuns. The Mother Superior is scarred and formidable, and there’s a duplicitous cardinal reporting back to the Vatican (which we all know is not as powerful, organized nor omnipotent as movies make it out to be).

How Is the Catholic Church Portrayed?

Among the bits of the original comic that appear to remain (I haven’t read it, so correct me if I’m wrong), is that God exists, and Heaven and Hell are real. Also, most of the nuns have sincere faith.

But, by giving the Halo to Ava, a naive skeptic (who’s been abused by a mean Irish nun in a Spanish orphanage), the story takes away faith as the prime motivation of its main character. The Warrior Nun with the shotguns is also not Catholic.

New-recruit nuns (including another mean Irish one — trying not to take this personally) serve the devious cardinal, but not, apparently, God.

The view of the Vatican is consistently negative, and even the heavily tattooed kindly priest is not as he appears.

In the end, even the nuns with sincere faith in God wind up opposing the evil, corrupt Church, which also oppresses women (of course, it does).

There is a potentially interesting side plot about the intersection of faith and science, with one character saying the two can be reconciled (which the Church believes). But, like much of the series, this storyline can’t quite figure out what it’s trying to say.

If You Were a Fan of the Comics, Know This

There were moments I actually enjoyed Warrior Nun, but that diminished over time. By the final cliffhanger episode, though, it had utterly turned the origin story of Areala on its head. Rather than serving good and God, she was unwittingly serving evil.

At that point, I had no idea where the story was going, and I wasn’t rooting for a season two to find out.

What’s Missing at the Heart of Warrior Nun?

Creatively, the script is messy and meandering. Ava’s former disability is tossed off as a plot device with no deep thought behind it. For a 19-year-old who’s been lying flat on her back in a bed in an orphanage since the age of seven (with no real medical equipment around her, and not even a cellphone or a TV), Ava seems pretty hip to the Gen Z lingo and aware of how the world works. But, superpowers, I guess.

There’s a pointless subplot about some hipster kids squatting in rich people’s houses, which only serves to give Ava a love interest and some luxurious locations to hang around in.

One can only imagine what could have happened if the producers had actually adapted Dunn’s original story. But, in this day and age, we can’t have the Church being the good guy. And the nuns must be mere, deluded puppets of the evil Vatican patriarchy (apparently Barry hasn’t met a lot of real nuns and sisters).

It’s a shame, really. Warrior Nun could have been good if the storytellers could have respected the original intent and gotten out of their own way.

What Did the Creator Have to Say?

In an interview with Fangirlish.com, series creator Simon Barry responded to a question thus:

5. You subvert a lot of things known to Christianity as a whole. Was it challenging toeing that line?

And our back bone, in terms of how the stakes of this show could be easily understood by the audience, was instead of having to invent a whole new mythology from something that wasn’t familiar we went with what was familiar. I personally love movies like The Exorcist where the tension really comes from how close we are to understanding religion and mythology. And that makes it even more powerful.

Ah, see, but the thing with The Exorcist — and this is part of why it’s endured — is that book writer and film screenwriter William Peter Blatty wasn’t just playing around with “mythology,” he was a sincere, practicing Catholic. His priest characters aren’t perfect people, but their faith is real, and what they have faith in is real, and that includes, for all its failings, Christ’s pilgrim Church.

It’s that authenticity at the heart of the story that endlessly draws people in — and it’s what Warrior Nun ultimately lacks.

It does, however, have lots of bad language and violence, but no on-screen nudity. So, there’s that. I’d embed the trailer here, but there’s big written profanity in it. If you still want to see it, click here. 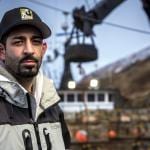 July 12, 2020 'Greyhound': Tom Hanks Plays a Man of Faith Hunting the Nazi Wolfpack
Recent Comments
0 | Leave a Comment
"Now I highly doubt if Irene is even his daughter or like someone else's daughter ..."
Grimm_Persona ‘The Chosen’ Season 3: The Taxman ..."
"gosh they are all too obsessed like too obsessedx.2635C.US/By5119e"
Sunses ‘A Gipsy Christmas’: House of the ..."
"Sure. I have read a couple of books on the early days of the NFL. ..."
Jim Dailey The Catholic Roots of the NFL: ..."
"This is about the roots of the NFL, which date back to the '20s. So, ..."
Kate O'Hare The Catholic Roots of the NFL: ..."
Browse Our Archives
Related posts from Kate O'Hare's Pax Culturati