I’m not entirely disappointed by Soul, premiering on Christmas Day on Disney+, but I’m not entirely happy, either. This is the second time lately that a grand metaphysical mystery has ultimately gone splat.

Again With the Eastern Mysticism

After two promising seasons on CBS, God Friended Me ended with an episode that sidestepped all the philosophical and religious questions it asked about the mysterious Facebook “God account” in favor of a mushy, quasi-Buddhist thing about having to head to a mountain in the Himalayas and meet some sort of guru (a female one, of course, these are the “woke” days) to find the truth about … well, it never actually says.

Quasi-Buddhist, or quasi-Hindu, themes appear to be the default position of Hollywood types who’d like to discuss spirituality and the Big Questions of life, the universe and everything, while desiring to avoid being specific, or especially, referencing anything smacking of Christianity.

This, of course, pre-supposes that Buddhism and Hinduism aren’t specific belief systems of their own, which would come as a surprise to their adherents. But then, educated Westerners have been fashionably picking and choosing among Eastern spirituality for several generations now, so it’s nothing new.

Is ‘Soul’ Really a Children’s Movie?

Soul is promoted as a children’s movie, but really, it’s a midlife-crisis tale wrapped in gorgeous animation and a steady stream of sight gags. And, it centers on jazz, which a distinct minority of modern kids have even heard of, let alone appreciate. (I’m no kid, so I’ve heard of it, and I don’t appreciate it, but that’s just me.)

This isn’t to say that kids won’t enjoy it, but many of the main character’s issues will go over their heads.

Soul comes from Disney’s Pixar division, and it’s directed by Pete Docter (Pixar’s Up and Inside Out). Jamie Foxx voices middle-aged middle-school band teacher Joe Gardner, a New Yorker who has dreamed all of his life about being a successful jazz musician.

Just as he gets his big break with a famous sax player (Angela Bassett), he absentmindedly drops down a manhole and pops up in another reality, apparently on his way into the light of the “Great Beyond.”

But Joe isn’t done with life yet, especially since he’s got a hot gig to play, so this blue, bulbous version of himself (still wearing Joe’s glasses and hat) attempts frantically to reunite with his flesh-and-blood body down on Earth.

Along the way, he stumbles into the “Great Before,” a nursery school of sorts for pre-born souls, overseen by generally cheerful moving Picasso drawings, all named Jerry. He also meets 22, a cranky little soul (Tina Fey) who’s doing everything possible to NOT be born down on Earth.

What Sort of Cosmology Exists in ‘Soul’?

By the way, this notion of a waiting room of souls for whom bodies don’t yet exist is counter to Catholic teaching. From apologist Jimmy Akin:

In the 1950 encyclical in which he dealt with biological evolution, Pope Pius XII stated that “the Catholic faith obliges us to hold that souls are immediately created by God.”[Humani Generis 36.]

Anyway, 22 and Joe embark on an adventure that involves Joe’s body, a therapy cat, and a cameo appearance by New York’s infamous pizza rat.

The metaphysics of Soul aim for hazy and indistinct but instead wind up leaning in the direction of New Age and Eastern mysticism, including references to the Universe, meditation and chakras. There is no mention of God or any particular Higher Power, but Heaven and Hell do get name-checked (it would seem the Great Beyond and the Great Before are neither of these).

The beings tending the pre-born souls are in no way angels. They’re more like staff and headmasters at a trendy British preschool.

Soul doesn’t explain exactly when its pre-born souls land in their human bodies, neatly sidestepping the “when is a fetus a person” issue (and again, Catholics believe souls are created at conception, not before).

Saint Teresa of Kolkata, a k a Mother Teresa, does make a guest appearance in the Great Before, but I won’t ruin the gag for you.

‘Soul’ Is Done Beautifully But It Lacks a Punch

The animation in Soul is lush and beautifully detailed, and its depiction of Joe’s world, family and friends pulses with life and warmth. If you love jazz, you’ll really enjoy the music; and the writing has clever moments.

There is a bit at the end that tugged even my heartstrings, but I didn’t feel transported. A film about what makes a human being an individual, and what’s important about life, should do that.

By contrast, the cat-heaven scene in Disney’s The Three Lives of Thomasina freaked me out as a kid when I saw it on TV, and frankly, it still freaks me out. Apologies for the video quality, but here it is:

Here’s better film quality, but the voiceover is in Spanish:

The cat Thomasina enters cat heaven, confronts the feline deity Bast and is returned to her body, in the middle of her funeral. There’s a definite cosmology at work here, and a willingness to be specific about what happens when a cat dies (and comes back).

Obviously this is pagan/pantheistic, but this idea isn’t used to either oppose or denigrate Christianity. The 1963 fantasy film is based on a Paul Gallico book called Thomasina, the Cat Who Thought She Was God. Both the book and movie feature spiritual themes, including an angry atheist’s return to belief — Christian belief. Try to get away with that today in a Disney film.

While Soul gave me some things to think about for a few minutes, I’m not sure it’s even got as much philosophical meat on its bones as Thomasina does. It certainly won’t haunt me.

Soul tries so hard to be vague and not offend anybody’s belief system (despite borrowing bits of belief systems) that it loses a valuable opportunity to really blow your mind. It’s nice enough and positive enough, but it’s just not enough enough.

Catholic parents will have to spend some time answering all sorts of questions on what happens before we’re born and after we die, so be prepared to deliver catechesis on those topics.

If you’re a middle-aged adult pondering what it’s all about, and willing to suspend any definite notions you have of the afterlife, Soul might be for you. It’s certainly entertaining if you don’t think about it too much. 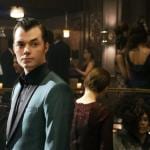 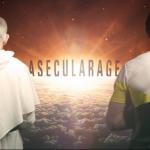