Jose Mena just graduated from Princeton University with a degree in Molecular Biology. Like Domenick, Melissa, Addie, Matthew, Allison, Mark he is a volunteer with the first class of Catholic Voices USA.

What does the Fortnight mean to you?

The Fortnight is on its face an effort to protect religious freedom against several measures that both the federal government and certain state governments have taken that curtail the ability of religious people to freely exercise their religion in the manner they see fit. Obviously, I believe in an abstract way that conscience protection matters, but this Fortnight is a challenge for me to go further than that. As Catholics, we’re called to live every second of every day in a religious and faithful way. We don’t just have a duty to defend religious freedom; we have a real obligation and desire to imbue our lives with the teaching of the Gospels and to continually bring ourselves closer to Jesus’ example. Religious freedom enables us to do that, but it’s not an end in and of itself. So for me, this Fortnight really has two aspects — the first being to defend the rights granted to us by the Constitution, and secondly, more importantly, to become ever more faithful and dedicated to the lessons of the Cross. 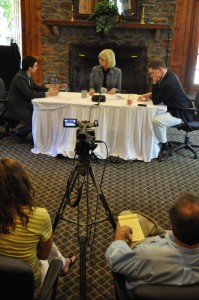 What are you doing to make these days different?
I’m using this time to engage with as many people as I can, religious and non-religious, Catholic and non-Catholic, to spread the word about religious liberty and try to get as many hearts and minds on our side as I can. That means study, practice, and prayer. It’s also, I think, a great reminder and opportunity to grow in faith, prayer, and love. Because this Fortnight is really about preserving our ability as Catholics to live our faith in every second of every day, I’m taking this time as a challenge to truly live up to that ideal.

What about religious liberty and protecting it resonates with you?
It seems to me that we’re reaching a demographic turning point in the relation between church and state in this country. We’re transitioning from a churchgoing society that recognizes and understands the vital role that religion plays in civil society to one that is at best skeptical and at worst antagonistic toward religious belief, especially at junctions between church and state. I asked a very good agnostic friend of mine what he thinks about the current debate over religious freedom, and while he admitted to not knowing all of the facts of the situation, he told me that he didn’t like Catholic opposition to the HHS mandate because it constitutes a minority religious group attempting to legislate its morality so as to force it on other people. Of course, once he understood the facts of the situation he reversed his support of the mandate, but it’s his intuition about the way that religious institutions interact with the public sphere that’s so concerning.
The lesson is that the mantra of “freedom from religion” as a clarion call against abuse of non-religious people is gradually morphing in some spheres into something more radical and insidious, and as soon as we as Americans lose our ability to freely choose and live out our moral systems, our state veers dangerously into totalitarian territory. I expect the religious freedom battle we are fighting today to be a recurring theme throughout my lifetime, and combating nascent strains of anti-religious prejudice is something that resonates very strongly with me. We can only grow together as a society if we fully respect each other, and that means leaving all prejudices at the door. 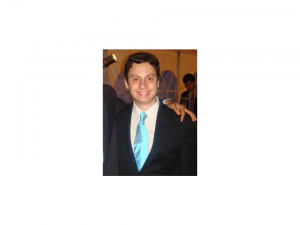 What do you wish everyone would appreciate about this moment in our history?

Especially in an election year, it seems to me that we should all of us give thanks for living in a place like 21st-century America. We’re an astonishingly fortunate people to live in such prosperity and freedom, and while it’s often difficult to remember in times of recession and fractious political debates, even at our lowest America is still the greatest country in the world. We’re uniquely capable of doing amazing things in the world, because at the end of the day, we’re all on the same side, and we’re all fighting for the same things. And when Americans decide together to tackle a great problem in the world, nothing can stop us.

Is there a war on women?
I don’t think that anyone is systematically perpetrating a “war” on women in quite the way some opponents of the Catholic Church would like for you to believe. This charge in recent months has rested on the idea that the Church is trying to restrict women’s reproductive rights by its opposition to a mandate by the Department of Health and Human Services that dictates that employers must provide free access to contraception, sterilization and abortifacient drugs to its employees. Now, the Church has a very clear moral teaching about these procedures and medicines, so compliance with the HHS mandate would therefore constitute a significant violation of conscience for any Catholic to comply with it. There is an exception in the language for religious institutions to be exempt from the mandate, but the definition of “religious institution” is so restrictive that no matter how admirable the intent of the mandate, the fact of the matter is that it forces Catholic institutions dedicated to serving the neediest people in our country to choose between paying crippling fines or violating their moral principles. There are many alternative ways to make free contraception, sterilizations, and abortions available to every woman in America without coercing Catholic institutions into directly paying for them, so I don’t think that the conventional argument that the Catholic opposition to the HHS mandate constitutes a “war on women” holds much water.
That having been said, there are plenty of reasons people find that storyline compelling, and we need to work on a whole host of economic policy, community service, and cultural fronts to make it less so. The Catholic Church helps here. And this HHS mandate puts that all in jeopardy. All too much of out language, particularly when talking about men and women, pits one against another. In the Church vision of our lives, we work together.

What’s your reaction to what the bishops have been saying and doing?
I think the solidarity the bishops are showing is absolutely remarkable. I’m completely inspired by their total unanimity on this issue. I think that while they didn’t choose this fight, they’ve acquitted themselves admirably in the course of making sure religious freedom for all Americans is preserved and endures.

What made you step up to be a Catholic Voice?
There are dramatic misunderstandings about what the Church is and what the Church stands for, and I feel a very real call to help to create true understanding and solidarity between Catholics and non-Catholics so that we can move forward together in love and peace.

What do you wish everyone could know about your Church and why?
I wish it were clearer to people just how motivated by pure love that Catholics are, and how committed Catholic leaders are to the cause of creating an authentically peaceful and loving society. Catholics tend to come in for a lot of criticism for their positions on social issues, but the Catholic ideas that people often find objectionable come from exactly the same basis as the ones that compel many Catholics to heal the sick, clothe the poor, and feed the hungry, that of love and charity. Catholics don’t advocate for anything if it’s not motivated by authentic love — for me, and for you, and for everyone — and as a society I don’t think that’s any longer the perception.

For more on the whole How to Defend the Church without Raising Your Voice concept, click here for a good taste.

July 4, 2012 This Fisher’s a Saint: Following the Bishop’s Conscience Lead
Recent Comments
2 Comments | Leave a Comment
Browse Our Archives
get the latest from
Catholic
Sign up for our newsletter
POPULAR AT PATHEOS Catholic
1 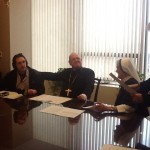 Catholic
Resetting the Conversation on The Gospel of Joy
Kathryn Lopez

Catholic
They'll Know We Are Christians by Our Tweets?
Kathryn Lopez