The Magi, the Saints, and Us

On the Feast of the Epiphany, a Catholic priest in New York, Fr. George W. Rutler writes:

In “The Journey of the Magi,” T. S. Eliot portrays them as utterly changed by what they saw and more than uncomfortable with their homeland — present-day Iran — when they went back:

We returned to our places, these Kingdoms,

But no longer at ease here, in the old dispensation,
With an alien people clutching their gods.
I should be glad of another death.

All lives that truly encounter Christ are changed. The sublime and most potent examples of that are the saints, heirs of the Wise Men. Pope Benedict XVI canonized some of them this past year as models for what he has called the New Evangelization.

Father Jacques Berthieu, who died in 1896 at age 57, was a French Jesuit missionary martyred in Madagascar. Pedro Calungsod, who died in 1672 at 17, was a Filipino lay catechist martyred in Guam. Father Giovanni Piamarta, an Italian priest who died in 1913 at 71, counted among his works the establishment of technical training schools for disadvantaged youths. Marianne Cope, who died in 1918 at age 80, had come from her native Germany to upstate New York and, as a Franciscan nun, worked among the lepers in Hawaii with St. Damian. Kateri Tekakwitha was an Algonquin-Mohawk who suffered much for the Faith she embraced and died in 1680 at the age of 24. Anna Schäffer, who died in 1925, spent over half of her 43 years in her Bavarian home as an invalid with mystical gifts as a visionary and miracle worker.

Like the Magi,  these saints were never able to call their old home their true home, for they set their sights on their promised home in Heaven, and that hope made them all the more useful in this world. “Hope does not disappoint, because the love of God has been poured out into our hearts through the Holy Spirit that has been given to us” (Romans 5:5). 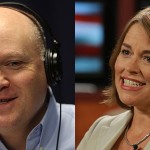 January 9, 2013 How Can We Witness to Our Faith with Love?
Recent Comments
0 | Leave a Comment
Browse Our Archives
get the latest from
Catholic
Sign up for our newsletter
POPULAR AT PATHEOS Catholic
1

Catholic
No Time Like Today for an Epiphany!
Kathryn Lopez 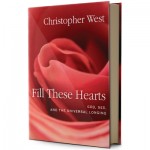