What if every person of faith who ever laughed at a Robin Williams joke, prayed for him? And every day it happened? Could this be a new way for us to live?

On Sunday night I turned on Dead Poets Society, the 1989 movie where Robin Williams, teaching his students poetry, famously encourages them to give a nod to Walt Whitman and go ahead and address him as “O Captain, my Captain.”

I remember watching Dead Poets Society when it first came out and being so taken with the pain of a young man who lost all hope.

Young men, we pray, grow up to be men. And even then … the burdens of pain may grow, despite success.

God help them, God heal them from the pain of what they believe about themselves.

We see talent, they can’t see past fear.

Sunday night, I had turned on the TV to see if anyone was doing anything different given the Christian extermination — and then-some — in Iraq. Not really. So after a quick journey into the center of the Teen Choice Awards, I stopped inside a classroom with Robin Williams, a movie I hadn’t seen in years. The daughter of teachers -– and a schoolgirl who quite liked being a student — I remembered how grateful I was a teacher was portrayed in a good light.

I didn’t watch much of Dead Poets Society Sunday night but I felt prompted to pray for Robin Williams Sunday night. Perhaps simply in thanksgiving. Perhaps because we are — all the baptized — are the body of Christ, and I was called to hear a cry for help from a brother.

Perhaps because he needed prayers and God wanted me receptive to this, interceding for his pain. God looks out for His Creation and relies on His adopted sons and daughters to do the work of His graces, living sacramental lives as the Body of Christ.

I only prayed briefly for him.

What a world it might be if, every time someone made us laugh or otherwise entertained or informed us, we prayed for him? What if we always prayed in thanksgiving and with the knowledge that we don’t know what lies beneath? Anyone who followed Williams’ career knew he had his struggles. We often don’t know. But it’s so often there — no matter how clever or talented. We’re only human.

We must pray. And be alert — looking and listening for opportunities and promptings. Our lives must be ones of prayer and we must set aside time and plead with God on behalf of those who suffer most. In front of us and a world away.

Are we packing churches praying for Christians fleeing Iraq?

I saw a headline this morning quoting actor Todd Bridges, saying: “’He Should Have Buckled Down, Asked God for Help.’” I’m not sure the piece was entirely fair to Bridges, who was giving his immediate reaction — first of all: why do we need immediate reactions, why can’t we let people mourn and pray?

But it’s also important to say, that while prayer is essential — and from each one of us — someone who is depressed needs help and should not feel ashamed to seek it. And with (medical, if this is what is needed) help, the suffering can enter deeper into the life of faith — with a clarity and humility, experiencing redemptive suffering intimately.

Here’s a little from my discussion with Dr. Aaron Kheriaty, author of The Catholic Guide to Depression some months ago:

The pope continues to speak of creating a “culture of encounter,” where we do not pass by people in a hurry, without noticing them, without recognizing how they are struggling or suffering. It’s so easy to do this with those who suffer from depression or anxiety or addictions — to pass them by without noticing — because their illness often remains hidden from sight. We have to get to know people, to befriend, them, to listen to them, to understand them. Not because we have all the answers to their problems or can cure every one of their mental afflictions, but simply because this encounter, these small acts of love and compassion and understanding, are precisely what suffering people need most.

LOPEZ: “The heart of the depressed person,” you write, “can find a connection with the profound sorrow found in the Heart of Jesus. When human suffering encounters the Sacred Heart of Christ, the result is life and hope: a withered hand is restored; an only son, a precious daughter, and a good friend are raised from the dead. Jesus points us to the future full of hope.” How have you seen this play out in practice?

DR. KHERIATY: I recall one patient who said, “If it was not for my relationship with Jesus, I would have killed myself a long time ago.” I have no doubt that she was speaking the literal truth. To me, experiences like hers are a far more convincing witness than a hundred treatises of theology.

We are issued reminders in today’s liturgy of the hours, via a meditation on the Incarnation from St. Theodoret of Cyr:

Our Savior’s passion is a healing remedy for us, as the prophet teaches when he cries out: He bears our sins and suffers pain for us, and we esteemed him stricken, smitten by God and afflicted. But for our sins he was wounded, for our iniquities he was bruised; upon him fell the chastisement that brought us peace, and by his wounds we are healed. We had all gone astray like sheep, and therefore he was led like a lamb to the slaughter, and was dumb like a sheep before its shearer.

When a shepherd sees that his sheep have scattered, he keeps one of them under his control and leads it to the pastures he chooses, and thus he draws the other sheep back to him by means of this one. And so it was when God the Word saw that the human race had gone astray: he took the form of a slave and united it to himself, and by means of it won over the whole race of men to him, enticing the sheep that were grazing in bad pastures and exposed to wolves, and leading them to the pastures of God.

This was the purpose for which our Savior assumed our nature, this was why Christ the Lord accepted the sufferings that brought us salvation, was sent to his death and was committed to the tomb. He broke the grip of the age-old tyranny and promised incorruptibility to those who were prisoners of corruption. For when he rebuilt that temple which had been destroyed and raised it up again, he thereby gave trustworthy and firm promises to those who had died and were awaiting his resurrection.

Jesus tells us: “Just as my human nature, which I took from you, has won its resurrection in virtue of the God-head that dwelt in it and with which it was united, just as this nature has shed decay and suffering and passed over to incorruptibility and immortality; so, in the same way, you too will be set free from the grievous slavery of death; you too will cast aside your corruptible nature and your sufferings and you will be clothed with impassibility.”

To this end he imparted the gift of baptism to all mankind through his apostles. Go, he said, make disciples of all nations, baptizing them in the name of the Father and of the Son and of the Holy Spirit. Baptism is a kind of symbol and type of the Lord’s death, which is why Paul says: If we have shared with God’s Son in a death like his, we shall certainly share in his resurrection.

In Christ’s wounds, we are healed. We are set from the tyranny of the chains of sickness and sin that afflict us. May each one of us be instruments of Christ’s healing. Always seeing the Cross — living it, seeing its reflection in the mirror — we can be God’s instruments, touching His wounds, and bringing those who suffer into encounter with His love and Divine Mercy.

We can start by being people of prayer who see a person who is right in front of us — whether right next to us in the flesh or on a screen — TV or Facebook. Embrace humanity, inflamed by the love of Christ. One person at a time, seeing the spark of the Divine in him, helping him see it. Even one celebrity at a time.

August 12, 2014 Robin Williams and Divine Mercy
Recent Comments
0 | Leave a Comment
"If you're at all interested in knowing . . . the Catholic Dogmas . . ..."
Vicki DePalma 10 Catholic Things that Caught My ..."
"Citation for this prayer, please?"
Deb. Thurston OCDS Athirst? Moving Deeper into the Trinity
"You're still on Patheos Katheryn? From what I can tell Catholic Patheos has become a ..."
Manny 10 St. Anthony of Padua Things ..."
""2. Living in Accordance...."The Sheen meditation is absurdly wrong."
barthomew 10 Catholic Things that Caught My ..."
Browse Our Archives
Follow Us!

Closing Houses of Worship During a...
A Little Bit of Nothing
Related posts from Kathryn Lopez 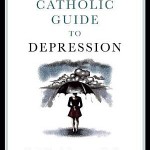 Beginning with the End in Mind
The Lenten journey is all about putting ourselves on a path to...
view all Catholic blogs
What Are Your Thoughts?leave a comment
Copyright 2008-2020, Patheos. All rights reserved.