Today I watched the sun rise over the Tiber River with a million of my brothers and sisters  in Christ.

Attending a Beatification is hard work! We had planned to leave the apartment at 4:00 a.m. Our group learned, though, that others would depart for St. Peter’s Square as early as 3:00 a.m.—so Lisa Wheeler, grand taskmaster and organizer extraordinaire, revised the plan and we planned instead to leave by 2:30. That’s 2:30 in the morning!!

We set off at a brisk pace. Lisa has firsthand knowledge of the winding streets of Roma, and she led us to a spot on Via S. Pio X. There, 20 feet from the front of the throng, we stood and waited so that, in six hours or so, we could move forward and stand and wait again. My middle-aged knees screamed “NO!” and I took off to explore other corners.

So I walked the banks of the Tiber, crossed over the Bridge of Angels near Castel Sant’Angelo, then sat in a trattoria and made friends from northern Italy and from France. My new French companion told me she helps “ancient people”—that means she works at a home for the elderly and infirm, so by “ancient” she means, oh, sixty-five or so.

I ordered coffee—and it came, maybe two tablespoons of it, in a plastic cup smaller than a shotglass.

I have never before experienced the press and the passion of a million fervent souls. In the pre-dawn they huddled on cobblestones and some slept on sidewalks, young men and entire families deep in their sleeping bags along the Via Aurelia. As the sky brightened from black to midnight blue to azure, they stood, waved flags, and joined the birds in exuberant songs of praise.

Finally, I found my way back to St. Peter’s Square. As I approached our original spot on the Via S. Pio X the Carabinieri, the Italian police, opened the barricades and I was in—walking, then running along the Via della Conciliazione past the Palazzo Cardinal Cesi, my favorite hotel from years past, past religious articles stores and gelato stands, until I stood beside the Domus Artis, the great mosaic store which occupies the corner in front of the great Basilica of San Pietro.

I am short, so my view was less than perfect; but the choral voices were angelic, the Mass prayers were the familiar Latin that I remember from my youth (and, of course, from EWTN and the occasional local liturgy). I have been at Mass with Pope Benedict twice before—a few years ago at Yankee Stadium, and before that when, as Cardinal Ratzinger, he celebrated for an infirm Pope John Paul II on the occasion of the 25th anniversary of the deaths of the pope’s predecessors, Pope Paul VI and Pope John Paul I.  This  time, though, was all the more glorious because of the high esteem with which I (and the rest of the world) regard JPII.

When Pope Benedict recited the words that elevated his predecessor, the crowd chanted a robust and emotional “Amen.” When the papal portrait was unveiled, cheers broke out across the Square.

The day was tiring, but the memories will last a lifetime. Like the apostle Peter, present with James and John for the Transfiguration of Jesus, I am inspired to respond, “Lord it is good for us to be here.” 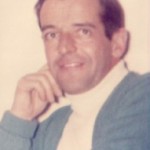 May 2, 2011 HAPPY BIRTHDAY, DAD! This One's For You!
Recent Comments
0 | Leave a Comment
Browse Our Archives
get the latest from
Catholic
Sign up for our newsletter
POPULAR AT PATHEOS Catholic
1