More Breaking News from the Ordinariate: “A Parish Before Its Time”

A few days ago, I announced the wonderful story of Orlando’s Cathedral of the Incarnation.  On Sunday, September 16, the entire congregation of 140—including a bishop, clergy and laypeople—were received into the Catholic Church.

On Monday I spoke by phone about these events with Fr. James Bradley, a priest of the Personal Ordinariate of Our Lady of Walsingham, in England and Wales, who was visiting here in the U.S. and who attended the Mass of Reception at Incarnation Parish.

I first met Father Bradley in Rome in May 2011 when he, still a seminarian, was blogging for the Personal Ordinariate of Our Lady of Walsingham and (truly a blessing for me) sat beside me at the Vatican Blogfest.  He was ordained to the priesthood in April 2012, and serves as Communications Officer for the Ordinariate.  He reports on his website that the high point of his life so far was singing the Gospel at the opening ceremony of World Youth Day 2011 in Madrid, Spain, in front of around 1 million people, including Pope Benedict XVI

PARISH OF INCARNATION:  Responding With Peter to the Challenge of Christ

In our conversation, Father Bradley spoke enthusiastically about the Mass of Reception, at which the Anglican Cathedral of the Incarnation became Incarnation Catholic Church.  He described the ceremony, which featured the rich voices of an adult choir, a youth choir, and trumpets.  Readings were taken from the Book of Divine Worship, a more formal liturgical text common to the Anglican tradition which has been approved by the Holy See to maintain the liturgical, spiritual and pastoral traditions of the Anglican Communion within the Catholic Church. The sanctuary of the cathedral, he told me, was jam-packed.

Principal celebrant Msgr. Jeffrey Steenson, ordinary of the Personal Ordinariate for the United States and Canada, in his homily reminded the congregation that in coming into the Catholic Church, they were confessing with St. Peter that “You are the Christ, the Son of the Living God”—and were responding to what that really means.

The entire congregation—140 strong, including former Anglican Bishop Louis Campese and other clergy from the Traditional Anglican Communion (TAC)—were received into the Catholic Church by Monsignor Steenson.  Another 35 or 40 individuals, former Catholics who had fallen away from their faith and who wanted to return as part of the Ordinariate, were reconciled with the Church.  The parish brought with them their church building and school, which will change their name to reflect the change.

Father Bradley told the story of how, as he stepped out of his car for the Mass of Reception, he was approached by two joggers.  “Father,” they asked him, “is this a Catholic church?”  “It will be in two hours!” he explained.  The joggers, both Catholic, promised to come back and worship with the new community the following week.

ST. MARY THE VIRGIN:  An Ordinariate Parish Before Its Time

Father Bradley shared another story about a Texas parish, St. Mary the Virgin in Arlington, TX, which had just 48 hours earlier announced that they would be entering the Ordinariate of the Chair of St. Peter within the next few months.

The difference, though, was that in the case of St. Mary the Virgin, the parish was already Catholic, and since 1994 had been part of the Diocese of Fort Worth.  St. Mary’s, which has 400 members, had originally been an Episcopal church.  In 1994, under the “Pastoral Provision” which granted limited approval for Episcopal parishes to become Catholic and married Episcopal clergy to be ordained as Catholic priests, the parish united itself with Rome and became Catholic.  St. Mary’s was one of only a few parishes to enter the Catholic Church under this option.  It was truly, as Father Bradley quipped, “an ordinariate parish before its time.”

When Pope Benedict XVI created the Ordinariate of the Chair of St. Peter in January 2012, St. Mary the Virgin parish determined to pursue that course—to retain their Catholic identity while joining with other former Anglican communities in the U.S. and Canada in the Ordinariate.

Bishop Kevin Vann, Bishop of Fort Worth, has been fully supportive of the parish’s transition to the Ordinariate,  Bishop Vann, who oversees the Pastoral Provision for the Catholic Church in the United States, ordained six priests for the Ordinariate in June 2012.

Monsignor Steenson, head of the Ordinariate, said in a letter,

“I am very pleased that, thanks to the steady and wise leadership of Bishop Vann and Fr. Hawkins, you have come to the threshold of the Personal Ordinariate of the Chair of St. Peter. We rejoice that you will soon become part of the Ordinariate, the culmination of the journey commenced in 1994 when your parish was received into the Catholic Church under the Anglican Use.” 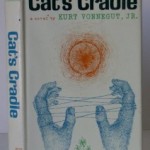