St. Francis of Paola was a humble man of God, a hermit who spent six years in a remote sea cave near Paola, on Italy’s southern seacoast.  He founded the Hermits of St. Francis of Assisi, a contemplative order approved by the Holy See in 1474.  In the year 1492, the year Christopher Columbus discovered the New World, Francis renamed his community the “Minims”—“the least”—because he wanted humility to be the hallmark of his friars.  He is the patron saint of sailors; and in 1963, Pope John XXIII named him the patron of Calabria.

Since 2007 a 3.5-ton bronze statue of Francis of Paola, wearing his brown Franciscan robe and with one arm extended in a blessing, has stood on the seabed off the coast of Calabria.  It’s one of several submerged statues along the coastline, underwater shrines popular with tourists and  fishermen and scuba divers.

But sometime in December 2011, the 7.2-foot bronze statue mysteriously disappeared from its concrete moorings 95 feet beneath the surface of the sea.  The Italian carabinieri (police) and Coast Guard are perplexed as to what happened to the heavy saint.  They are investigating reports of a large statue-like object which was seen in the back of a van on December 30 or 31.  Others suggest that a large boat, fishing illegally off the Italian coast, may have snagged the statue in its net.

The mere existence of such an underwater shrine sparked my curiosity, leading me to explore the wonders of the Internet seeking other “divers’ shrines.”  Here are a few of them:

Christ of the Abyss (Italian:  “Il Cristo degli Abissi”).  This submerged bronze statue of Jesus stands 56 feet below the water’s surface in the Mediterranean.  It’s located off San Fruttuoso, near the site where Italian diver Dario Gonzatti, the first Italian to use SCUBA gear, died in 1947.

Christ of the Abyss – Key Largo.  This 8 ½ foot, 4,000-pound statue is made from the same mold as the Italian one.  Since 1966, it has stood in 25 feet of water near Dry Rocks, off Key Largo, Florida, in the John Pennekamp Coral Reef State Park.  It’s one of the most visited diver sites in the world.

Our Lady at Cirkewwa.  Divers near Malta’s northernmost coast frequently swim past a statue of Our Lady in an underwater cave near the picturesque harbor of Cirkewwa.  Since the statue was placed in 1987, Cirkewwa has become a popular destination for tourists.

Our Lady of Lebanon.  This statue is currently on dry land.  In 2005, a young couple celebrating their wedding anniversary submerged the statue in 39 feet of water, facing the historical ” Lady of the Seas church” on the coast of Batroun.  However, Lebanon’s largest underwater statue was brought to the surface by looters and sold to a millionaire collector; but with the help of the young couple, it has been recovered, the pirates were jailed, and the statue will be re-submerged at a different site.

Bien Unido Double Barrier Reef – Underwater Grotto.  In the Philippines, a new underwater shrine allows Catholic divers to combine prayer and play, visiting statues of the Virgin Mary and the Holy Infant Jesus.  The 14-foot statues were installed in 2010, sixty feet below the surface on the Danajon Reef, to remind illegal fishermen that God also created the seas and the creatures that live there. 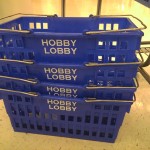