A Little Lent Within Lent: The Tradition of Ember Days

A Little Lent Within Lent: The Tradition of Ember Days February 20, 2013 Kathy Schiffer

Do you remember Ember Days?

If you’re a baby boomer or older, you may remember those days of fast and abstinence which occurred in four seasons of the year.  Father John Hardon, S.J., in his Modern Catholic Dictionary, explained the Ember Days like this:

They were the Wednesday, Friday, and Saturday after St. Lucy (December 13), the First Sunday of Lent, Pentecost, and the feast of the Holy Cross (September 14).

So this week we would observe the Ember Days, were the rule still in effect.  A typical Ember Day fast would consist of two small, meatless meals and one full meal including meat (except on Friday).

When the liturgical calendar was changed in 1969, the observance of the Ember Days was left to the discretion of bishops’ conferences.  Here in the United States, the bishops’ conference decided against observing them; but the Ember Days are still observed in many European countries, and by some individuals and families, in an effort to grow closer to God.  In the Diocese of Portland (OR), the Lenten Ember Days fast was reinstituted as a voluntary observance in 2002, in reparation for clerical sexual abuse.

Where did the tradition originate?  It’s not certain, but the Ember Days were known so early in Church history that Pope Leo the Great, who was pope from 440 to 461, believed the observance of three of the four sets of days dated back to the time of the apostles.  (The fourth set, the spring Ember Days, were instituted by Pope Gelasius II in the late fifth century.)  Philastrius, fourth-century bishop of Brescia, wrote of the seasonal fasts.

In the thirteenth century a Dominican, Blessed Jacopo de Voragine (A.D. 1230-1298), Archbishop of Genoa, wrote a collection of the stories of the Saints known as “Legenda Aurea” (Golden Legend). This work gives eight quite interesting reasons to fast during Ember Days:

The fasting of the Quatretemps, called in English Ember days, the Pope Calixtus ordained them. And this fast is kept four times in the year, and for diverse reasons.

For the first time, which is in March, is hot and moist. The second, in summer, is hot and dry. The third, in harvest, is cold and dry. The fourth in winter is cold and moist. Then let us fast in March which is printemps for to repress the heat of the flesh boiling, and to quench luxury or to temper it. In summer we ought to fast to the end that we chastise the burning and ardour of avarice. In harvest for to repress the drought of pride, and in winter for to chastise the coldness of untruth and of malice.

The second reason why we fast four times; for these fastings here begin in March in the first week of the Lent, to the end that vices wax dry in us, for they may not all be quenched; or because that we cast them away, and the boughs and herbs of virtues may grow in us. And in summer also, in the Whitsun week, for then cometh the Holy Ghost, and therefore we ought to be fervent and esprised in the love of the Holy Ghost. They be fasted also in September tofore Michaelmas, and these be the third fastings, because that in this time the fruits be gathered and we should render to God the fruits of good works. In December they be also, and they be the fourth fastings, and in this time the herbs die, and we ought to be mortified to the world.

The third reason is for to ensue the Jews. For the Jews fasted four times in the year, that is to wit, tofore Easter, tofore Whitsunside, tofore the setting of the tabernacle in the temple in September, and tofore the dedication of the temple in December.

The fourth reason is because the man is composed of four elements touching the body, and of three virtues or powers in his soul: that is to wit, the understanding, the will, and the mind. To this then that this fasting may attemper in us four times in the year, at each time we fast three days, to the end that the number of four may be reported to the body, and the number of three to the soul. These be the reasons of Master Beleth.

The fifth reason, as saith John Damascenus: in March and in printemps the blood groweth and augmenteth, and in summer coler, in September melancholy, and in winter phlegm. Then we fast in March for to attemper and depress the blood of concupiscence disordinate, for sanguine of his nature is full of fleshly concupiscence. In summer we fast because that coler should be lessened and refrained, of which cometh wrath. And then is he full naturally of ire. In harvest we fast for to refrain melancholy. The melancholious man naturally is cold, covetous and heavy. In winter we fast for to daunt and to make feeble the phlegm of lightness and forgetting, for such is he that is phlegmatic.

The sixth reason is for the printemps is likened to the air, the summer to fire, harvest to the earth, and the winter to water. Then we fast in March to the end that the air of pride be attempered to us. In summer the fire of concupiscence and of avarice. In September the earth of coldness and of the darkness of ignorance. In winter the water of lightness and inconstancy.

The seventh reason is because that March is reported to infancy, summer to youth, September to steadfast age and virtuous, and winter to ancienty or old age. We fast then in March that we may be in the infancy of innocency. In summer for to be young by virtue and constancy. In harvest that we may be ripe by attemperance. In winter that we may be ancient and old by prudence and honest life, or at least that we may be satisfied to God of that which in these four seasons we have offended him.

The eighth reason is of Master William of Auxerre. We fast, saith he, in these four times of the year to the end that we make amends for all that we have failed in all these four times, and they be done in three days each time, to the end that we satisfy in one day that which we have failed in a month; and that which is the fourth day, that is Wednesday, is the day in which our Lord was betrayed of Judas; and the Friday because our Lord was crucified; and the Saturday because he lay in the sepulchre, and the apostles were sore of heart and in great sorrow.

February 19, 2013
The Sudarium of Oviedo: The "Other Shroud" of Jesus
Next Post

February 20, 2013 Defiant St. Louis Church Wins… What?
Recent Comments
0 | Leave a Comment
Browse Our Archives
get the latest from
Catholic
Sign up for our newsletter
POPULAR AT PATHEOS Catholic
1 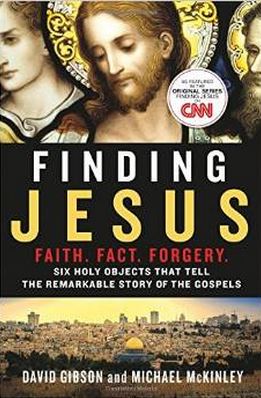 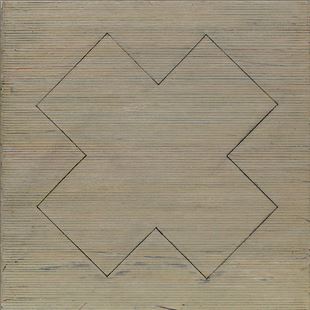 Catholic
Brentwood Cathedral's Stations of the Cross: What Were...
Seasons of Grace 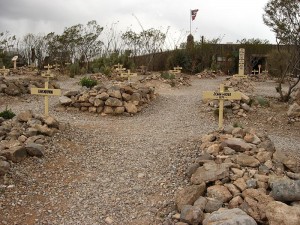 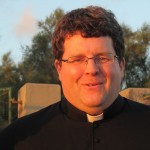